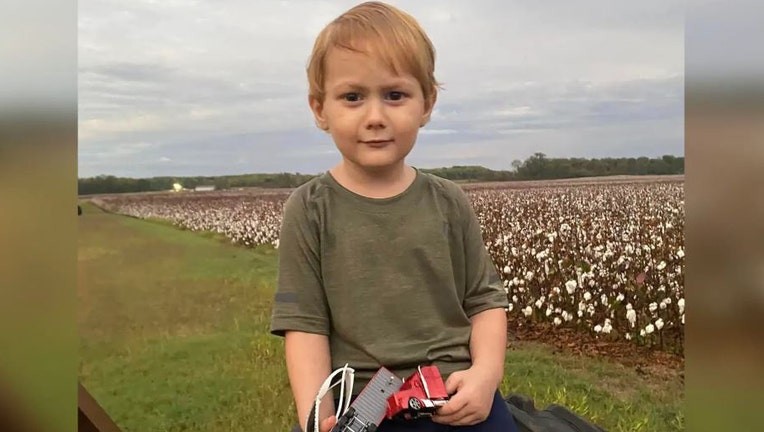 Blu Rolland's body was found buried under floorboards at his Arkansas home after being drowned in a toilet by his mom's boyfriend, according to court documents. (Photo courtesy of Tanya, a friend of the Rolland family/Facebook)

A young boy found buried under the floorboards of his Arkansas home on Dec. 16 died three months earlier after being drowned by his mother’s boyfriend, according to court documents and media reports. The boyfriend shoved the boy’s head into a toilet bowl as "punishment" for biting the man’s finger.

Blu Rolland’s body was found wrapped in "layers of plastic bags" under "newly nailed-down boards" in his Moro, Arkansas home, according to an affidavit obtained by NBC news.

The boy’s mother, 28-year-old Ashley Rolland, and her boyfriend, Nathan Bridges, 33, were arrested the day after the boy’s body was found.

KATV-TV in Arkansas reported that Blu died on Sept. 9, and he would have turned six on Dec. 16. Authorities searched the home after Ashley Rolland’s parents contacted police, allegedly telling them that Blu was dead inside the residence.

Rolland said she was in another room at the time of the incident, claiming that she went into the bathroom when Bridges left and she saw her son "struggling to breathe" and "limp," the New York Post reported. The mother told cops that Bridges cut a hole in the floor, "dug a hole in the ground, and buried [Blu] under the house."

Citing the affidavit, KATV-TV noted that Ashley Rolland told police that Bridges held her daughter Taylor under hot water as a punishment for her behavior. KATV-TV reported the little girl suffered severe burns.  She was taken to a children’s hospital in Memphis for additional treatment. 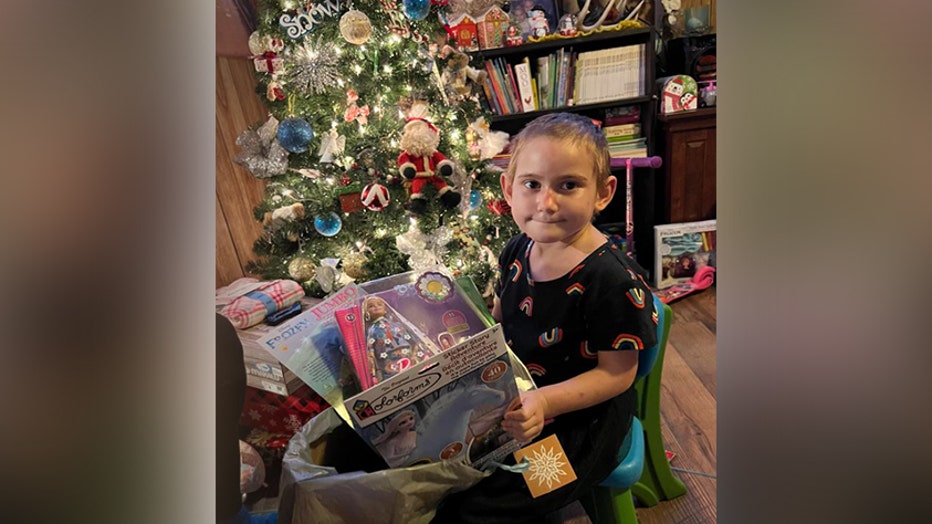 Taylor, Blu's sister, returns home from the hospital and opens gifts for Christmas. (Photo courtesy of Tanya, a friend of the Rolland family/Facebook)

Dustin Rolland, 30, Blu and Taylor's dad, previously filed a complaint related to visitation to see his kids. His family was worried after Taylor was found with severe burns and Blu was kept away from scheduled custody visits, the New York Post reported.

Court records obtained by NBC News reveal Blu's paternal grandmother, Karen Rolland filed a petition for guardianship of Taylor in court and that a judge granted an order for emergency temporary guardianship.

Dustin and Ashley Rolland were married in December 2015 and divorced in June 2021. Ashley Rolland was granted primary custody and was responsible for coordinating his visitation to see Blu and Taylor through Karen Rolland, according to court records.

Bridges is charged with capital murder, abuse of a corpse, tampering with physical evidence, endangering the welfare of a minor, and battery, according to court records.

Court records state Ashley Rolland is charged with being an accomplice to capital murder, abuse of a corpse, tampering with physical evidence, endangering the welfare of a child, battery, and permitting child abuse, KATV-TV noted.