Thomas Siderio, 12, was shot and killed by plainclothes Philadelphia police officers Tuesday night after police say an unmarked vehicle was hit by gunfire. Two officers returned fire, hitting him in the upper back and fatally wounding him.

PHILADELPHIA - Philadelphia police have identified the juvenile shot and killed by plain-clothed officers on Tuesday night after investigators say an unmarked police vehicle was struck by gunfire.

According to police, four officers assigned to the South Task Force were in an unmarked car in the area of 18th and Johnston Streets as part of an ongoing investigation.

Police say the officers saw two males standing on the corner of 18th and Barbara Streets. One was allegedly wanted for questioning as part of the investigation that police say was sparked by social media posts.

Authorities say officers turned on their red and blue emergency lights and drove down the street towards the males when they heard gunfire and the glass from the rear passenger window shattered.

Two officers got out of the car and fired their weapons at the juvenile, who they say was still in possession of a firearm. The juvenile, since identified as 12-year-old Thomas Siderio, was shot in the upper right side of his back, police say. He was transported to Presbyterian Hospital where he was pronounced dead at 7:29 p.m, according to police. 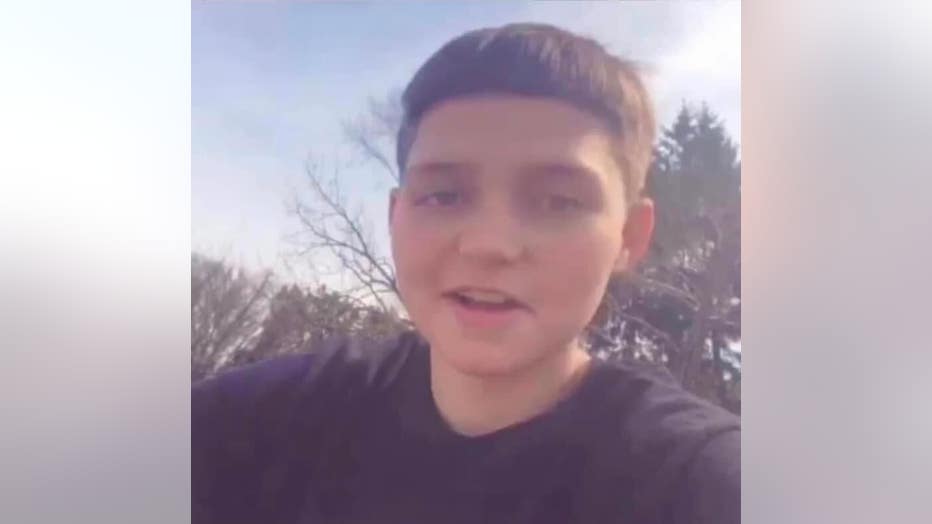 Thomas 'TJ" Siderio, 12, died Tuesday after he was shot by police. Police say the officers opened fire after their unmarked vehicle as struck by gunfire. (Photo provided by family)

The gun police say Siderio was in possession of was recovered and identified as a 9MM Taurus semi-automatic handgun with a laser. Police say the firearm had been reported stolen, and had one round in the chamber and five rounds in the magazine.

Deputy Commissioner Ben Naish says the investigation is still in its early stages, and that he could not provide any definitive information regarding who may have fired the shot that struck the police vehicle. Police initially indicated Tuesday night that it was one of the two males that fired the shot.

Naish said the officers in plain clothes were not equipped with body-worn cameras, but they are working to find other video of the incident.

When questioned about Siderio having been shot in the back, according to the medical examiner, Naish said the location of the injury didn't mean "that he was fleeing and that there was not a gun being pointed toward or in the vicinity of the officer." He added that while it was too early to speculate, the angle in which the bullet struck Siderio was indicative that he was not shot directly from behind, or that he may have been turning when he was hit.

The other juvenile Siderio was with at the time was a 17-year-old, according to authorities. He was wanted for questioning in an ongoing firearm investigation. He was released pending further investigation.

Boy, 12, identified as juvenile shot and killed by Philadelphia police after they say he shot at officers

Thomas Siderio, 12, was shot and killed by plainclothes Philadelphia police officers Tuesday night after police say he fired into an unmarked police vehicle. Two officers returned fire, hitting him in the upper back and fatally wounding him.

Police say the round that struck the unmarked police vehicle went through the glass of the rear passenger window, struck the inner door frame, and came to a rest in the passenger's headrest.

One police officer was taken to the hospital with face and eye injuries from shattered glass.

Philadelphia Police Commissioner Danielle Outlaw released a statement Wednesday morning saying in part that a life had been ‘cut tragically short.’ She added that the incident raises questions on how ‘we as a society’ have failed Siderio and other young people like him.

"Last night, a young child with a gun in their hand purposely fired a weapon at our officers and by miracle, none of the officers suffered life threatening injuries," said Police Commissioner Danielle Outlaw. However, the life of a young man was cut tragically short, and we should all be questioning how we as a society have failed him and so many other young people like him. I ask that our community come together and be the community—the village—that we were intended to be and that our children need. I assure the public that a fair and thorough investigation will be conducted by our Internal Affairs Division. Per protocol, these officers have been placed on administrative duty pending the outcome of the investigation."

Both officers who opened fire have been placed on administrative duty pending the outcome of the investigation.