WASHINGTON (AP) — The Botswanan government has enlisted a public relations firm with deep ties to Hollywood to push back against the bad publicity generated by the southern African nation's decision to lift its ban on elephant hunting.

42 West, a firm mostly known for its work with celebrities and the film industry, notified the U.S. Justice Department last week that it will be working with Botswana's tourism ministry, according to a filing made under the Foreign Agents Registration Act.

The firm will be paid $125,000 over the next two months — with the possibility of more work to come — for developing talking points and a communications plan that "articulates Botswana's policy on elephant hunting" that will be delivered to "key U.S. and other Western audiences," according to its filing.

That puts 42 West in an awkward spot. Big-game hunting is a deeply divisive issue, particularly in Hollywood, and numerous celebrity activists have spoken out against killing the world's largest land mammal for sport, including some calls for a tourism boycott of Botswana. 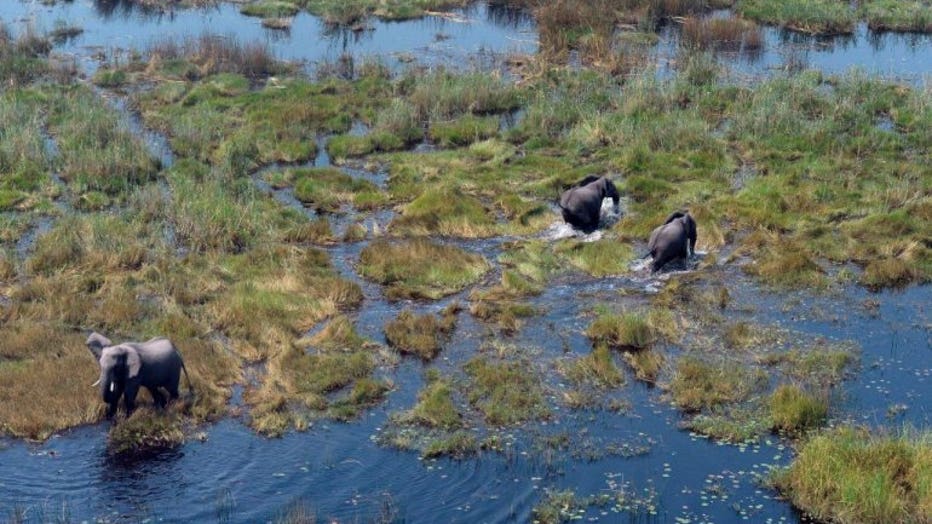 This aerial photograph shows elephants roaming in the plains of the Chobe district in the northern part of Botswana, on September 20, 2018. - Elephants Without Borders (EWB) claimed two weeks ago that it had discovered at least 87 elephant carcasses

Among the firm's clients is actress Meryl Streep, who has been a vocal opponent of the sale and importation of ivory, which in 2014 she called a "product of horrific cruelty to elephants, who could very well become extinct within decades if we don't act now."

Allan Mayer, a principal with 42 West who is leading the effort, declined to comment on Friday. Streep publicist Leslee Dart, a 42 West co-CEO who is named in the filing, did not immediately respond to a request for comment.

Botswana has been a relatively safe refuge for elephants on a continent where illegal poaching and habitat loss has sent their numbers into sharp decline. The country is home to an estimated 130,000 African elephants — about a third of all that remain.

After its initial announcement on Thursday was met with social media blowback, the Botswanan government clarified on Friday that it plans to issue no more than 400 elephant hunting permits per year.

Elephant hunting is already legal in Namibia, Zimbabwe, Zambia and South Africa. With a population of just over 2 million people, Botswana has more space than some of its more densely populated neighbors for elephant herds to roam. Still, the government said there have been a growing number of conflicts between elephants and humans — especially farmers.

Groups lobbying in favor of trophy hunting, such as U.S.-based Safari Club International, have long argued that the fees paid by well-heeled American and European hunters provide essential revenue for cash-strapped African governments to fund anti-poaching and conservation programs. A licensed two-week elephant hunting safari can cost more than $50,000 per person, not including airfare, according to advertised rates.

The African elephant has been classified as threatened under the U.S. Endangered Species Act since 1978. Though President Donald Trump has decried big-game hunting on Twitter as a "horror show," his administration has reversed Obama-era restrictions on the importation of elephant trophies from Zimbabwe and Zambia. Elephants have long been hunted for their hides and tusks, either for taxidermy trophies or ivory used for carving and jewelry making.

Botswana's hunting ban was put in place under a previous president, Ian Khama, an outspoken conservationist. But the current president, Mokgweeti Masisi, has advocated for reopening the nation to hunting, and the decision to lift the ban comes ahead of general elections in October.

Masisi raised eyebrows earlier this month when he gave stools made of elephant feet to regional leaders while hosting a meeting on the animals' fate.

The American talk show host Ellen DeGeneres tweeted Tuesday: "President Masisi, for every person who wants to kill elephants, there are millions who want them protected. We're watching. #BeKindToElephants."