We'll be posting daily blogs throughout a 10-day BorderReport.com Tour. A team of journalists will travel more than 1,700 miles across four states telling impactful and unique stories along the US-Mexico border. The tour started Sunday, September 22 in San Diego and will end Tuesday, October 1 in Brownsville, Texas.

Our BorderReport.com team made the trek from Lukeville to Nogales which included a stop through Tucson. Because of the rugged terrain, we had to travel 60 miles north to get around and navigate back to the southern border.

We arrived in Nogales around dusk and spent roughly an hour moving through town and getting within feet of the border wall. Reporter Julian Resendiz provided a unique perspective on the history of the wall and underground tunnels in the border town during this livestream:

For acres in the Organ Pipe Cactus National Park there’s nothing but cacti. But as you drive closer to the Lukeville Port of Entry, the road signs turn into caution signs — warning visitors of “smuggling and illegal immigration.”

People who live in the area are used to the border wall. What concerns them: the impact on wildlife.

Anna Wiernicki explored how the wall construction is impacting the area.

While touring the edge of the pedestrian fence near Lukeville, Arizona, our BorderReport.com team found an exposed area of the border fencing.  While there would be a few barriers to navigate around, it doesn’t appear as if it would be too difficult to cross.

After standing along that area for about 10 minutes, Mexican law enforcement came over and sat in their vehicle.

Border Patrol allowed our BorderReport.com team down a dirt road in Lukeville, Arizona to view the area where fencing was being expanded by construction crews. The agent on duty told us much of the wall was already in place and crews have been working on an additional few miles for the last month or so.

In the video, you’ll see an old vehicle barrier behind the newer fencing.

Border wall construction may be underway in Organ Pipe Cactus National Monument Park, but we won’t be able to get an up-close look. The roadway is closed off due to the work. We are able to catch some unique views of this new pedestrian wall from our Border Report Tour truck and its roof-mounted cams. We’ll share that with you as this journey continues.

After a two hour drive, we arrived at the port of entry in Lukeville, Arizona. For the first time, we were able to get within feet of the pedestrian wall. To this point, this appears to be the least secure wall or fence we’ve come across.

On the other side of the wall was armed Mexican security or law enforcement. He was sitting when we arrived on the US side. After spotting us, he blew a whistle and began to walk around the area.

The BorderReport.com team is now traveling through Arizona. As you’ll see on the map below from RevealNews.org and the Center for Investigative Reporting, about one-third of the state has pedestrian fencing.

The majority of Arizona has vehicle barriers. This type of fencing is designed to keep cars from driving through the international line. As you can imagine, it’s not nearly as secure as fencing or a wall.

Other portions of the state have no fencing. It most cases, these are spots with very rough terrain. 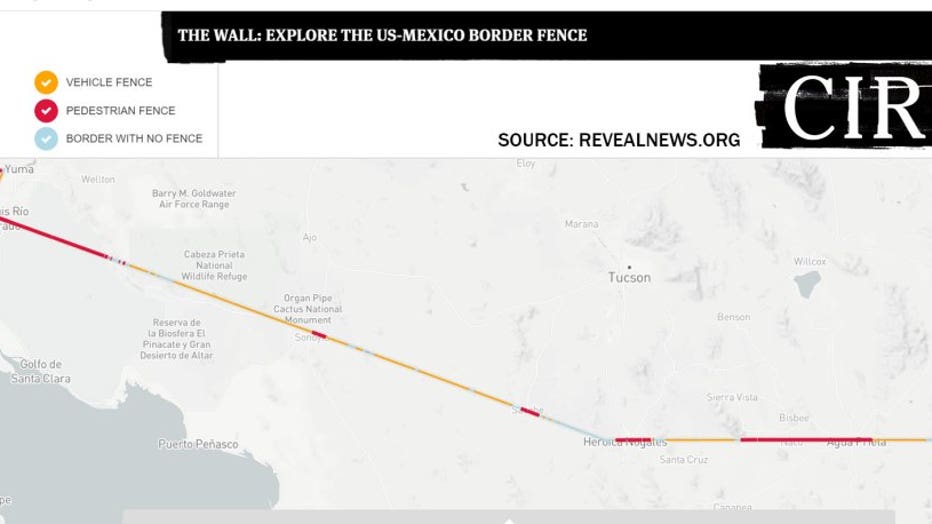 During Monday evening’s drive from California into Arizona, the BorderReport.com team as able to document the various types of fencing along the US-Mexico border. Anna Wiernicki and team drove as close to the border as possible visiting ports of entry using roadways that hugged the international line.

Issues that are as politically divisive as immigration, the building of a border wall and enforcement of the border often draw negative impressions from the public about what these agents do in the field. During an exclusive interview with BorderReport.com, U.S. Border Patrol agents Justin Castregon said even the term wall vs. fence draws criticism.

“Whatever the kind of nomenclature is used, it’s important to remember that it is going to help us do our job much better and much safer. It’s not the one and only element that will help us to complete our mission but its a very big part of that,” Castregon said.

Click here to continue reading this revealing and eye-opening piece from Sandra Sanchez. 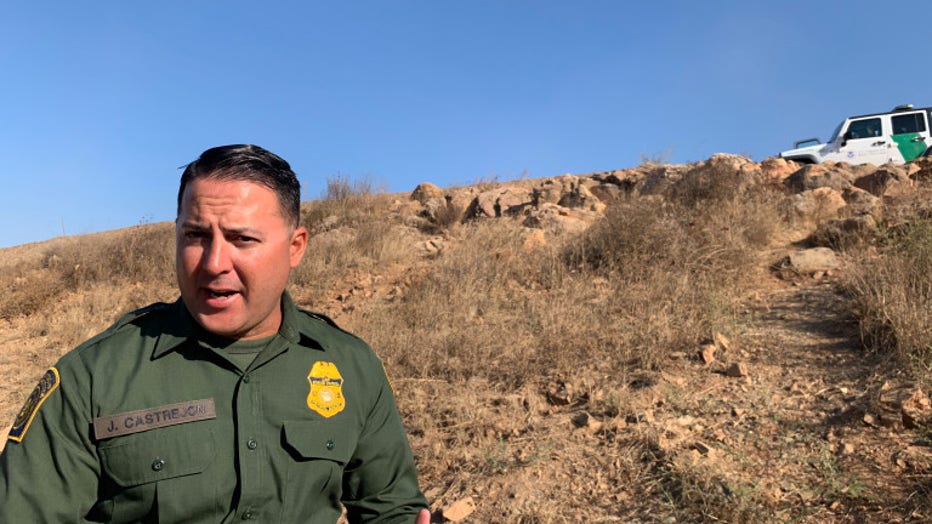