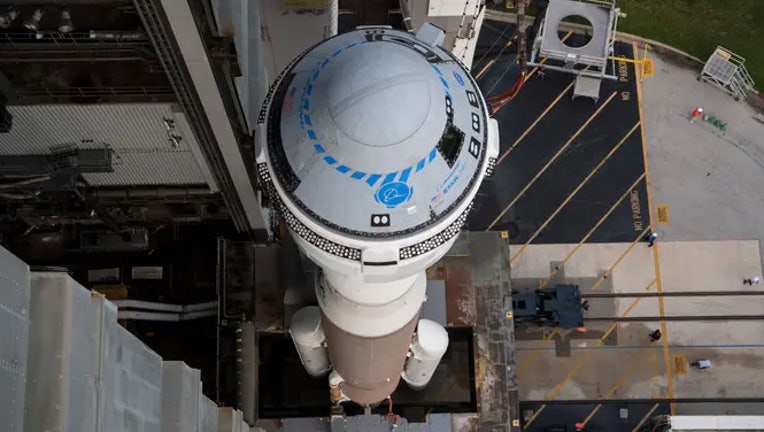 File: In this NASA handout, A United Launch Alliance Atlas V rocket with Boeings CST-100 Starliner spacecraft aboard is seen as it is rolled out of the Vertical Integration Facility to the launch pad at Space Launch Complex 41 ahead of the Orbital Fl

CAPE CANAVERAL, Fla. - Boeing says it's ready to complete the final test for its astronaut spacecraft, the CST-100 Starliner, launching the capsule from Florida to the International Space Station.

Boeing and United Launch Alliance are targeting May 19 to launch Starliner on the Atlas V rocket from Cape Canaveral Space Force Base.

This will be the third attempt for Boeing to complete the orbital flight test (OFT) for its vehicle selected by NASA under the Commercial Crew Program to fly astronauts for NASA and its international partners.

HOW THE TELESCOPE BECAME OUR WINDOW INTO THE UNIVERSE

A December 2019 attempt made it to orbit after launch, but Starliner returned to Earth 48 hours later because of a computer timing error. After a joint investigation with NASA, Boeing changed the spacecraft software and company policy to prevent future issues.

Most recently, in August 2021, Boeing attempted to launch Starliner to the space station for the second attempt known as OFT-2. However, early in the countdown teams detected that not all valves in the spacecraft's abort system were in the proper configuration needed for launch. The attempt was called off, and the company worked to resolve the problem before announcing a new launch date.

Now Boeing says it's ready to complete this final step before it flies astronauts under the Commercial Crew Program.

The Atlas V will launch the CST-100 Starliner from Launch Complex 41 at 6:54 p.m. ET. After liftoff, the spacecraft will dock at the ISS, where it will spend a few days there before returning to Earth, landing in New Mexico.

If all goes well, NASA will have a second American spacecraft to fly U.S., Japanese, Canadian and European astronauts to the space station.

SpaceX has been launching astronauts for NASA and its partners since Summer 2020. Elon Musk's company is preparing to send its fourth government astronaut crew up to the ISS and bring home one private astronaut mission from the station.

Once NASA and Boeing review data from the OFT-2 test, Starliner will complete a crewed flight test with astronauts to the space station.