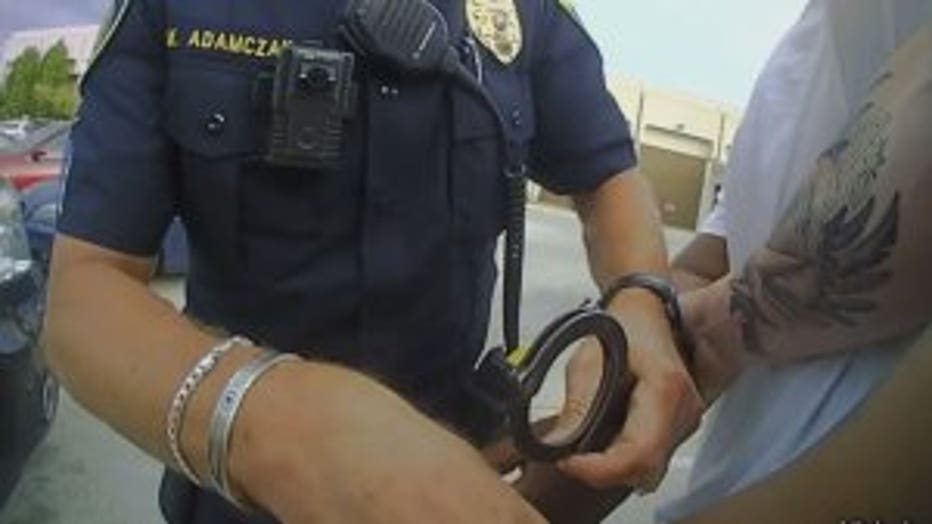 GREENDALE -- It was a close call as two officers were treated after being exposed to a dangerous drug. We now have an up-close look at the incident that happened Friday, May 25.

"You don't have anything on you at all," an officer can be heard asking in body camera footage. 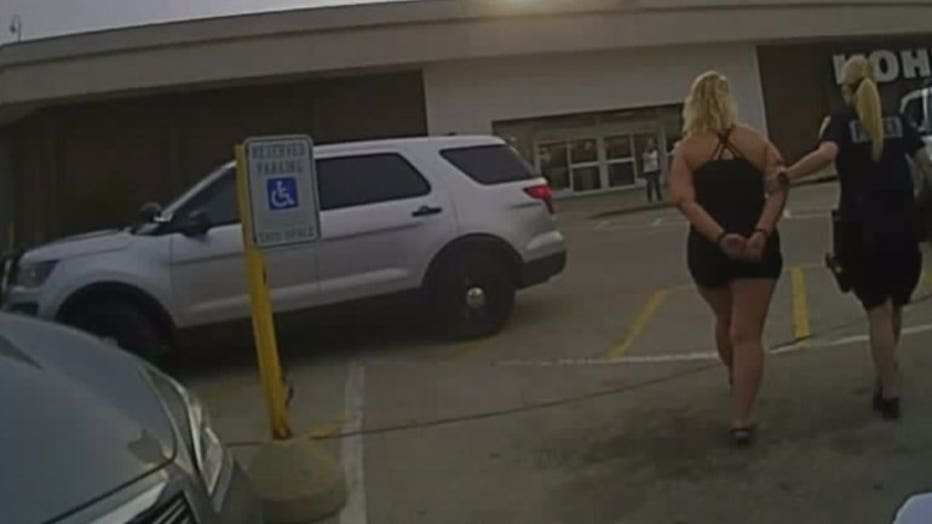 Two Greendale officers stopped a man and woman in the parking lot of Southridge Mall. Investigators say they were in a stolen car; one of them accused of shoplifting. 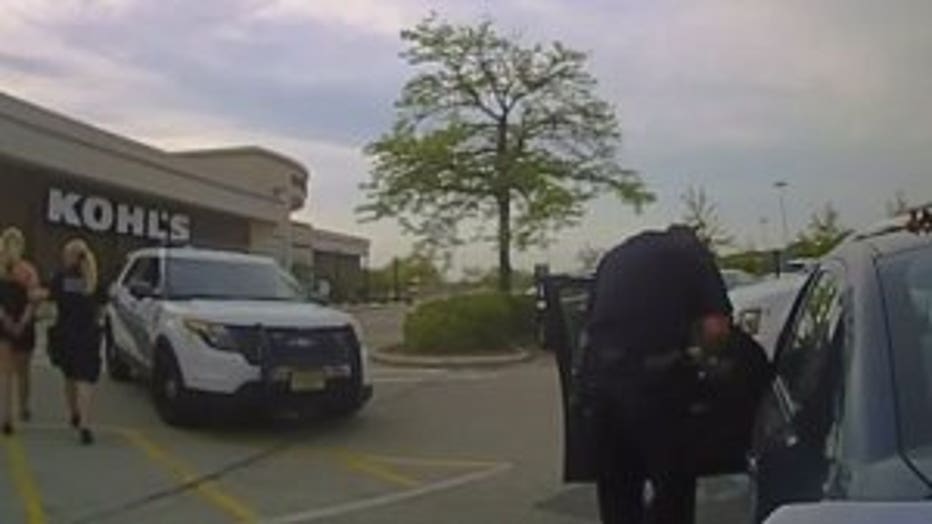 "Just put your hands behind you back here for a second," an officer can be heard asking in body camera footage.

After the suspects were cuffed and placed in the back of squads, one officer searched the vehicle. He opened a purse and found drug paraphernalia.

"Just some crack pipes," the officer can be heard saying in body camera footage.

It's not until minutes later, he realizes there might have been something else in the bag -- a white powder that spilled out. 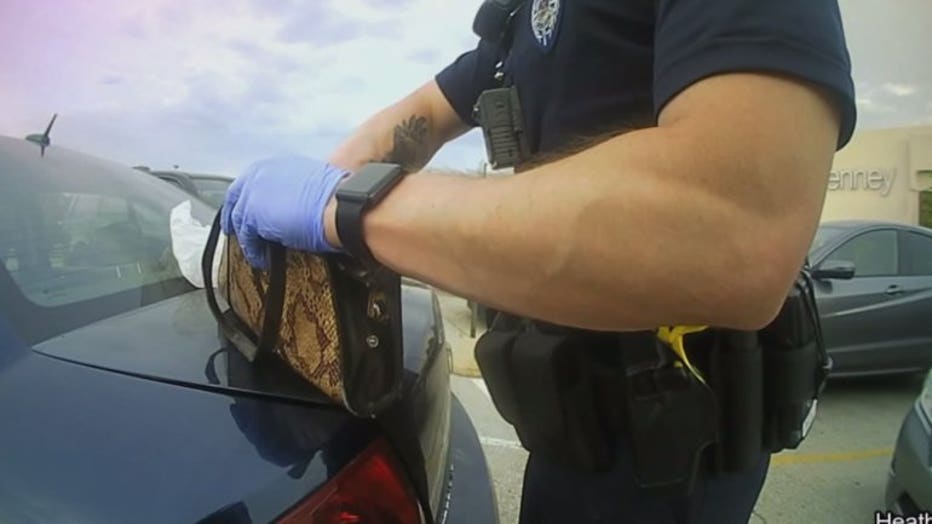 "I don't know what it is but it's got me all sniffly," an officer can be heard saying in body camera footage.

The officers questioned the female suspect about the purse and what was inside.

"Is there anything in your purse we should be worried about for officer safety?" an officer asked. 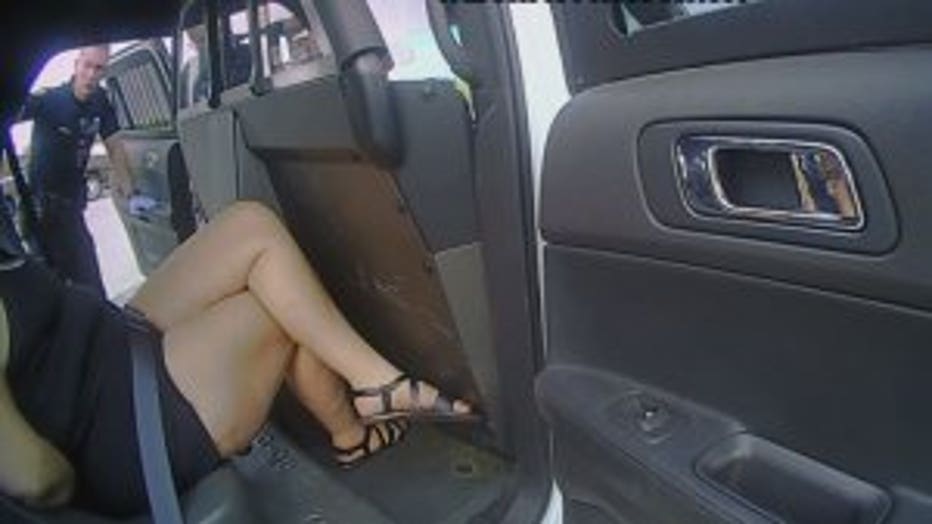 "I don't do drugs and that's not my stuff," the female suspect replied.

Body camera video shows the officer's symptoms get worse and his worry grow as he may have been exposed to fentanyl.

"I'm also like paranoid because I've already had one exposure," an officer can be heard saying in body camera footage.

They headed back to the station and another officer experienced similar symptoms after removing the purse from the evidence bag. Both were treated with narcan and taken to the hospital. 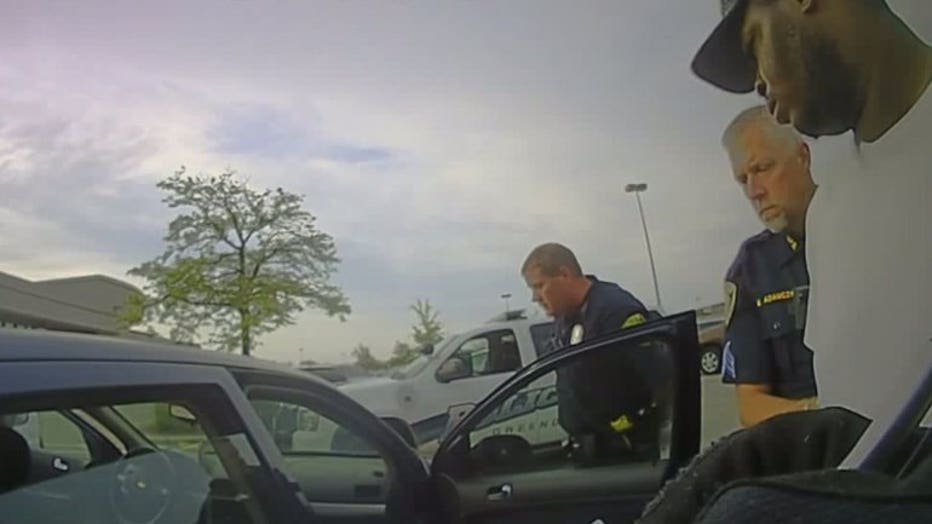 Both officers exposed are OK. The substance in the purse is being tested to determine exactly what it was.

At this time, the woman has not been charged. The man in the car was charged with retail theft.