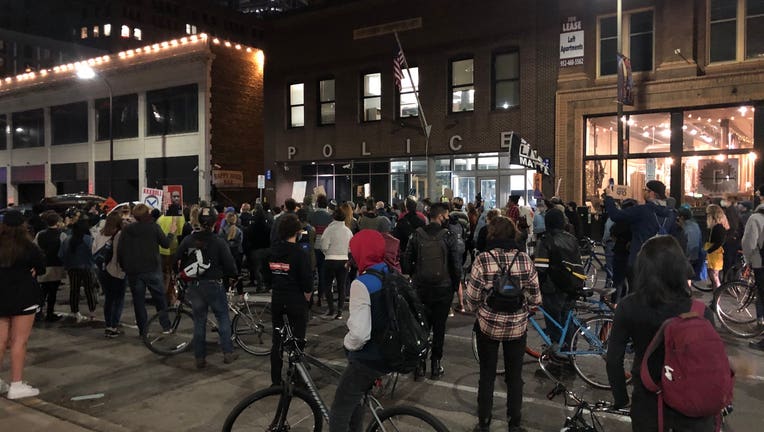 There was a second night of protests in the Twin Cities following the release of former Minneapolis police officer Derek Chauvin.

Wednesday night, there was a peaceful protest in Minneapolis, which started at 38th and Chicago, where George Floyd was arrested. After that march ended, some protesters gathered outside of Minneapolis police's 5th Precinct and tension escalated, leading to the arrests of 51 people.

More than a hundred people gathered in the 600 block of University Avenue in St. Paul Thursday night as well.