WAUKESHA -- It has been speculation for months, and on Monday, July 13th, it was made official. Governor Scott Walker is running for president. 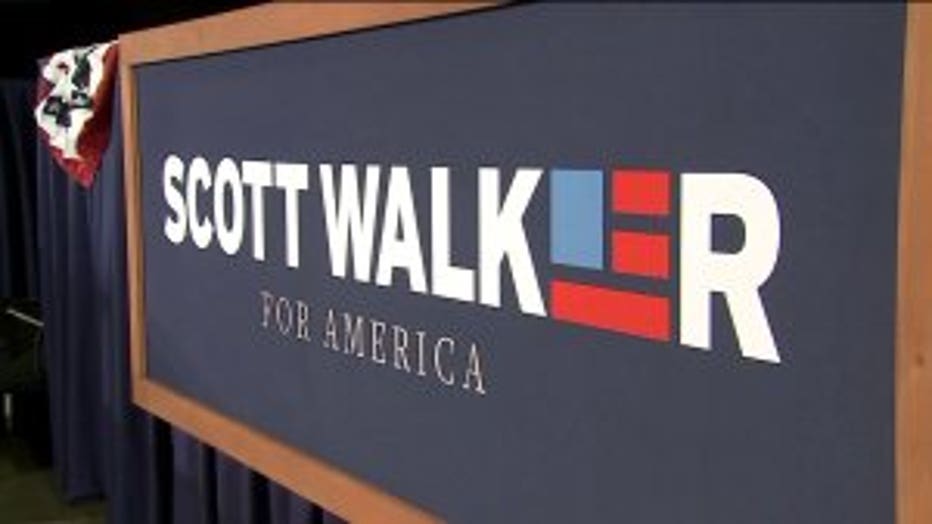 Then, folks began lining up at the Waukesha County Expo Center, intent on seeing Walker's announcement in person.

Walker's wife, Tonette, introduced her husband inside the Waukesha County Expo Center Monday evening, welcoming "the person that I hope will be the 45th President of the United States, Scott Walker" to the podium.

Then, Walker spoke for about 30 minutes -- making his bid for president official.

"I love America. My record shows that I know how to fight and win," Walker said.

With his official announcement, Walker has become the 15th Republican presidential candidate in the 2016 race. 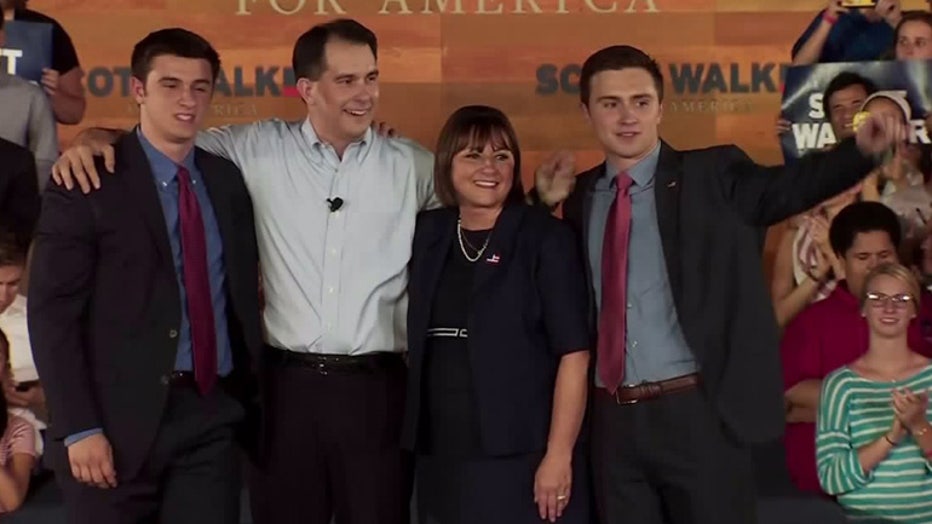 Walker spoke about the opposition he has faced in Wisconsin, and the reforms he has overseen.

"Since I've been governor, we took on the unions and we won. Property taxes today are lower than they were four years ago. How many other governors can say that?" Walker said.

Entering an already crowded Republican race, Walker is appealing to the conservative voter.

"Healthy or sick, born or unborn -- I will fight for you," Walker said. 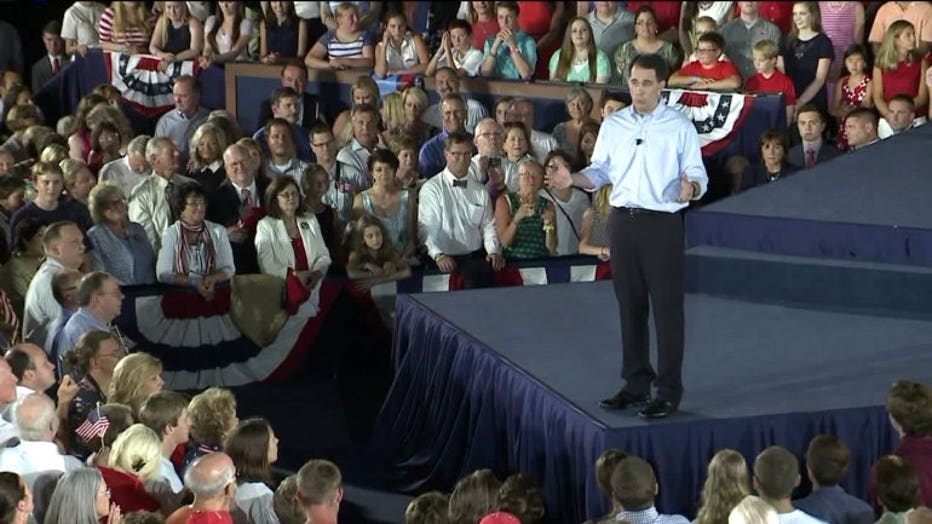 "If our reforms can work in a blue state like Wisconsin, they can work anywhere," Walker said.

Then, Walker laid out his plans for Washington -- like repealing the Affordable Care Act (ObamaCare), approving the Keystone pipeline and reforming government assistance programs.

"We understand that true freedom and prosperity do not come from the mighty hand of the government. They come from empowering people to control their own lives and their own destinies to the dignity that`s born of work," Walker said.

John Peychal was visiting Waukesha from Tennessee Monday. He said he's been following Walker for years. 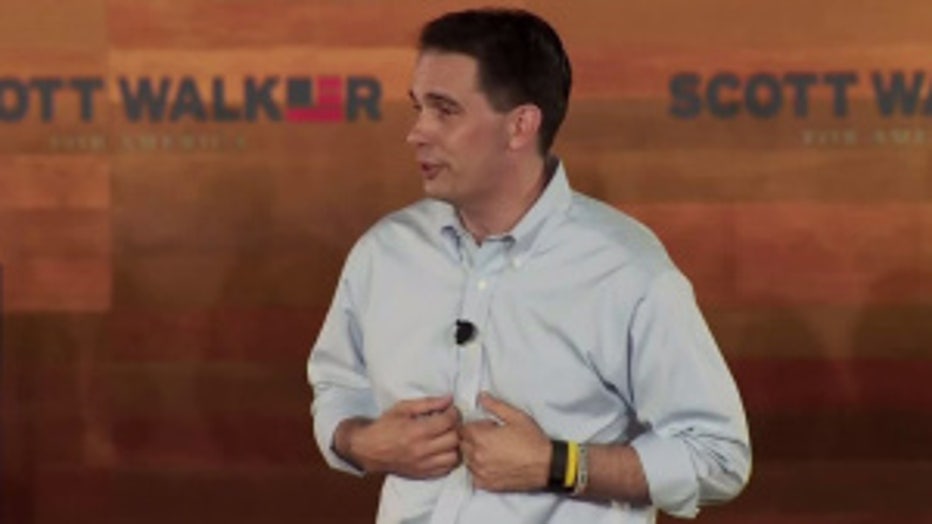 19-year-old Jacob Widner drove up from his home in Lake Forest, Illinois for Walker's announcement.

"Every time I cross the border, I always look at the 'Welcome to Wisconsin' sign and see the 'Open for Business' and I get a grin across my face. Being from Illinois, we have some problems there and I feel like coming over to Wisconsin," Widner said.

Larry Pheil has been coming out to see and support Republican candidates for years.

"I think (Walker) will have a real fast start, starting from today," Pheil said. 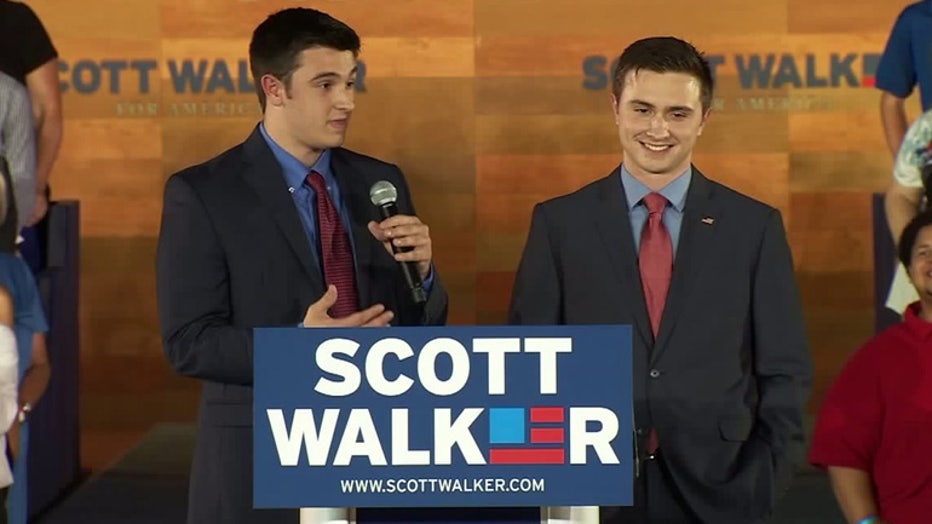 Walker's sons, Matt and Alex began Monday's program about an hour or so before Walker was set to deliver his remarks.

But prior to the big announcement, Matt and Alex spoke with CNN near the Governor's Mansion in Madison.

Matt and Alex Walker said they believe in their father, but disagree with his views on same-sex marriage. 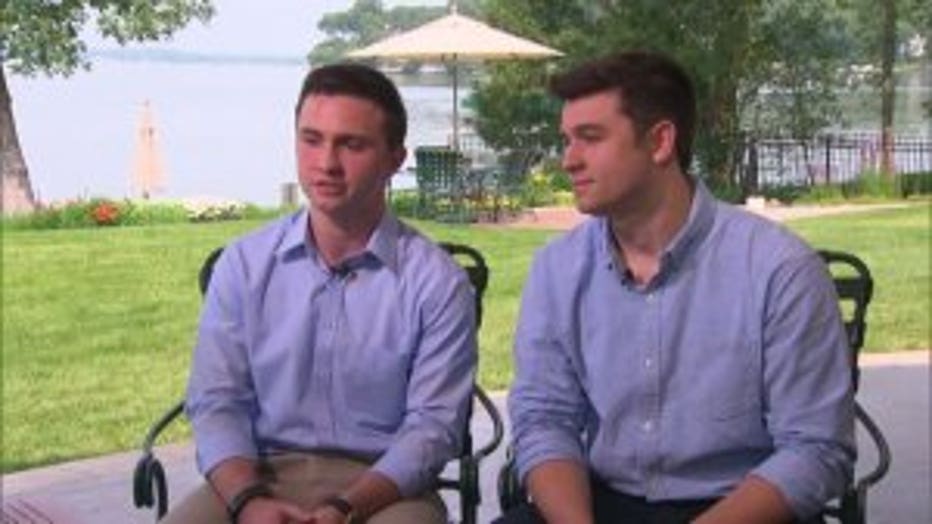 "We talked to him. Like any family, we had disagreements. He just explained his position and that was it," Matt Walker said.