The Oklahoma animal park was made famous by the Netflix series, which documented a failed murder-for-hire plot against Baskin by Joe Exotic, whose real name is Joseph Maldonado-Passage. 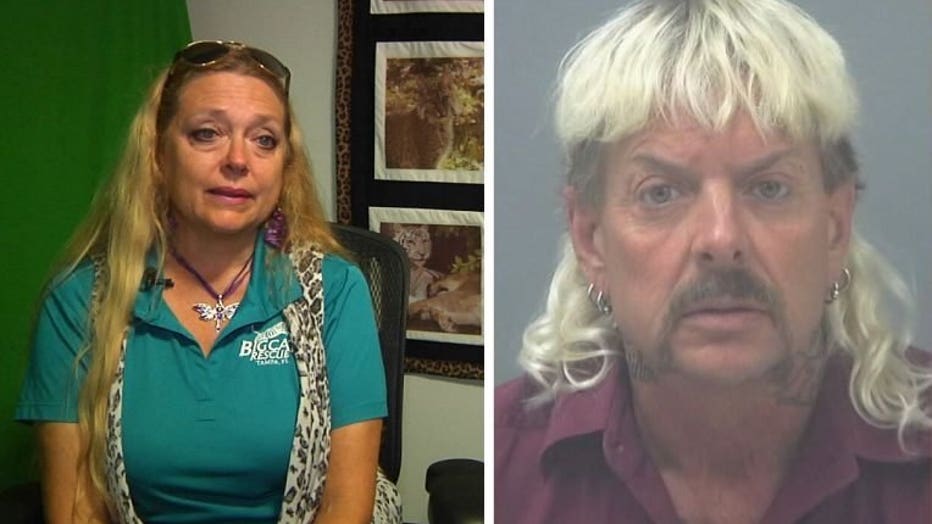 A lawsuit between Big Cat Rescue and Maldonado-Passage's mother, Shirley Schreibvogel, resulted in Monday's court order, which granted ownership of the zoo to Baskin.

The judge made the order after determining the property had been fraudulently transferred by Maldonado-Passage to his mother in an attempt to avoid paying Baskin a settlement in a trademark infringement lawsuit.

Fox 25 reports that Judge Scott Palk ordered the GW Exotic Zoo, which is now run by Jeff Lowe, to vacate its property and hand over control to Big Cat Rescue.

According to a copy of the ruling published by Courthouse News Service, the order gives Lowe 120 days to vacate the premises.

All animals must be taken off the property as well, while the title for the land must be transferred to Baskin. The order also grants ownership of several vehicles and portable buildings to Big Cat Rescue.

Maldonado-Passage was found guilty in 2019 of paying a hitman $3,000 to kill Baskin. The jury also convicted him of killing five tigers at the zoo. He was sentenced to 22 years in prison and is serving his time at the Grandy County Jail in Oklahoma.