WHITEWATER -- University of Wisconsin-Whitewater Chancellor Beverly Kopper announced Monday that she will resign from her leadership role at the end of the year, six months after her husband was banned from campus amid sexual harassment complaints from several women.

Kopper sent out a campus-wide email Monday announcing that her last day on the job will be Dec. 31. She offered no explanation.

She submitted her resignation to UW System President Ray Cross on Dec. 6, writing that she knows the Board of Regents wants different leadership at UW-Whitewater.

"I will forever have a place in my heart that you have touched that is Warhawk purple," she wrote in Monday's email.

Cross issued a one-sentence statement Monday saying he had accepted Kopper's resignation and he appreciates her accomplishments at UW-Whitewater.

System officials released a letter Cross sent to Kopper on Dec. 6 outlining the conditions of her resignation. She'll return to her faculty position as a tenured professor in the psychology department on Dec. 31 and then be placed on administrative leave until the fall semester begins. She'll continue to collect her $242,760 chancellor salary during that time.

When the school year begins, her salary will be reduced to $118,308 over nine months. The new chancellor will work with her to determine her instructional assignment for the academic year.

Cross banned Kopper's husband, Pete Hill, from campus in June in response to allegations that Hill had sexually harassed five women dating back to 2015. Cross also stripped Hill of his unpaid job as associate to the chancellor.

Among the women who accused Hill is Whitewater Alderwoman Stephanie Goettl Vander Pas, who demanded that Kopper step down in a September Facebook post. Vander Pas wrote that Hill had once slid his hand into her skirt and "then to a place I can still feel that hand." She didn't say where or when the alleged incident took place.

The alderwoman said Kopper should quit because she knew what kind of man Hill was and still put women in his path through university functions. At the time of Vander Pas' post, a university spokeswoman said that Kopper had no intention of resigning.

System spokeswoman Heather LaRoi said Monday that an investigation of Vander Pas' allegations wrapped up last week. System officials will review the results before releasing them to the public, she said.

Vander Pas resigned from the Whitewater Common Council in November after her family moved out of the city. The city's spokeswoman, Kristin Mickelson, said she didn't know if the move had anything to do with the Hill allegations.

Republican state Sen. Steve Nass of Whitewater called for Kopper to step down when Vander Pas' allegations surfaced in September. He issued a statement Monday saying her decision to resign will allow UW-Whitewater students, faculty and alumni to "focus on the future."

The regents handed 10 chancellors hefty raises earlier this month. Kopper and Gow were not among them. 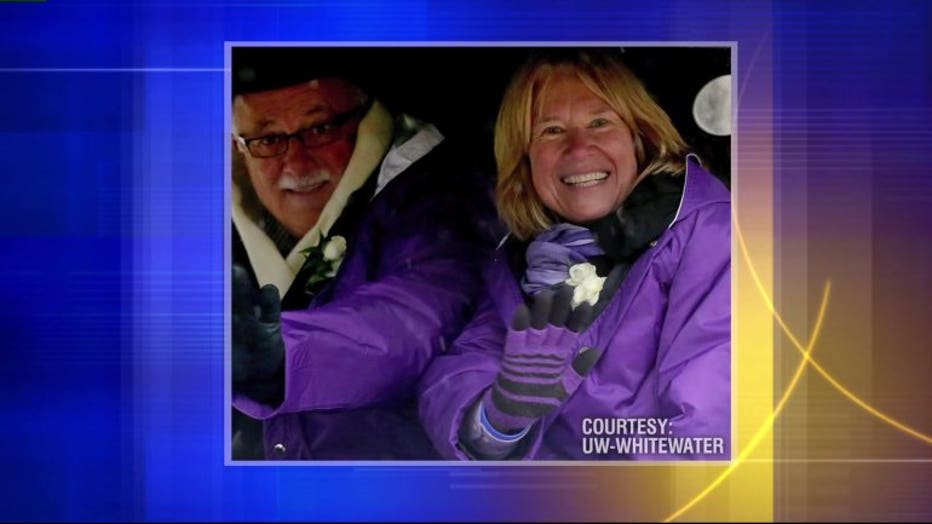