DAYTONA BEACH, Fla. — Many of the graduating students turned their backs on Education Secretary Betsy DeVos and boos nearly drowned out her commencement speech Wednesday at Bethune-Cookman University.

DeVos carried on with her keynote address to the historically black university, praising its founder Mary McLeod Bethune as someone who "refused to accept systemic and repulsive racism," and had "the courage to change old ideas."

"Let's choose to hear one another out," DeVos said, reading her prepared text in a measured tone despite continuing waves of boos, catcalls and scattered applause. 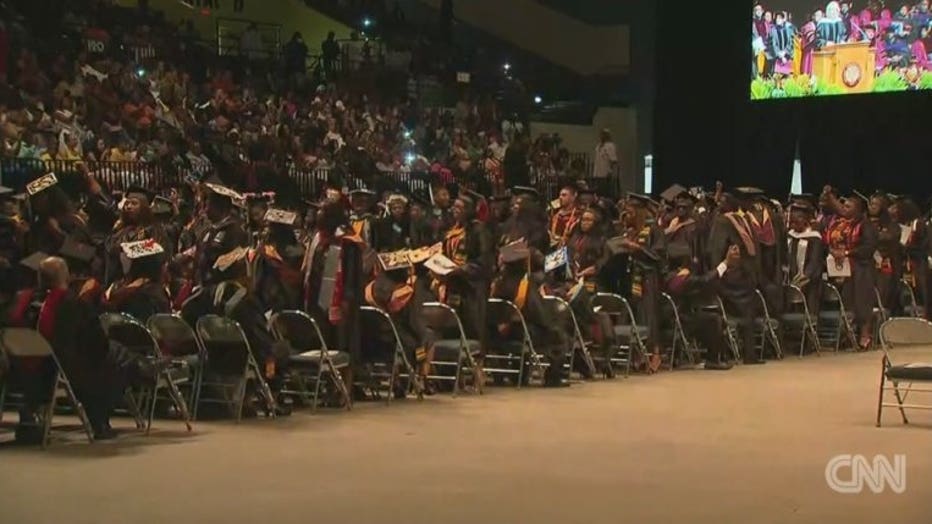 Education Secretary Bestsy DeVos gave the graduation commencement speech at Bethune-Cookman University on Wednesday, May 10, 2017 and was booed while speaking.

"I am here to demonstrate in the most direct way possible that I and the administration are fully committed to your success and to the success of every student across this great country," she said.

As the crowd kept trying to shout her down, university president Edison Jackson briefly took over the microphone to lecture the students before she continued.

"If this behavior continues, your degrees will be mailed to you. Choose which way you want to go," Jackson warned. 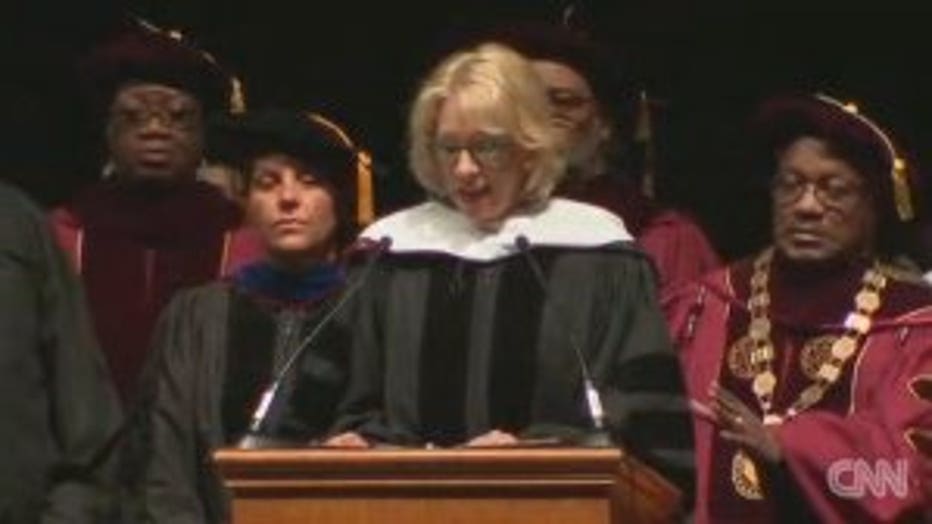 Education Secretary Bestsy DeVos gave the graduation commencement speech at Bethune-Cookman University on Wednesday, May 10, 2017 and was booed while speaking.

DeVos, a Republican fundraiser without classroom experience, offended many African-Americans in February when she said historically black colleges are the "real pioneers when it comes to school choice." After a storm of criticism, she acknowledged that these colleges were "born, not out of mere choice, but out of necessity, in the face of racism."

DeVos has continued since then to cite historically black colleges as alternative options for quality education, her stated goal for promoting the diversion of tax money to private and charter schools.

Some alumni and African-American leaders had called the invitation insensitive and misguided. Students gathered petitions demanding she not be allowed to speak. Before the address, activists lined a sidewalk. One sign said "DeVos is not worthy."

Jackson had been accused of selling out the school by inviting DeVos.

Before she left, he gave her a hug, then took back the podium to comment on the spectacle.

"As we have said repeatedly, be careful of the people you let in your place," Jackson said, acknowledging the criticism. But he said "Bethune-Cookman University can't do it alone. We need everyone to be a part of this continuation of our institution."