The event comes at the start of a week during which President Donald Trump and former President Barack Obama were both scheduled to host their own rallies in Wisconsin, a state President Trump won but where Democrats are feeling optimistic they will perform well in the midterm election in two weeks. 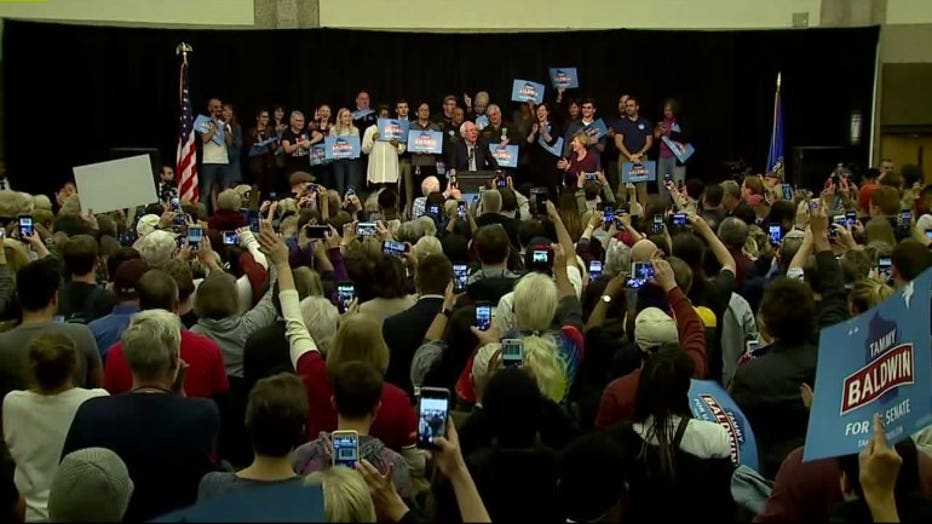 Polls show Walker's race against state education chief Tony Evers to be a tossup, while Baldwin has consistently led Vukmir.

Sanders, an independent senator from Vermont who won Wisconsin's 2016 presidential primary by 13 points over Hillary Clinton, attracted more than 1,100 to the event Monday, according to organizers. He has been holding similar rallies in battleground states across the country as he eyes another run for president in 2020. 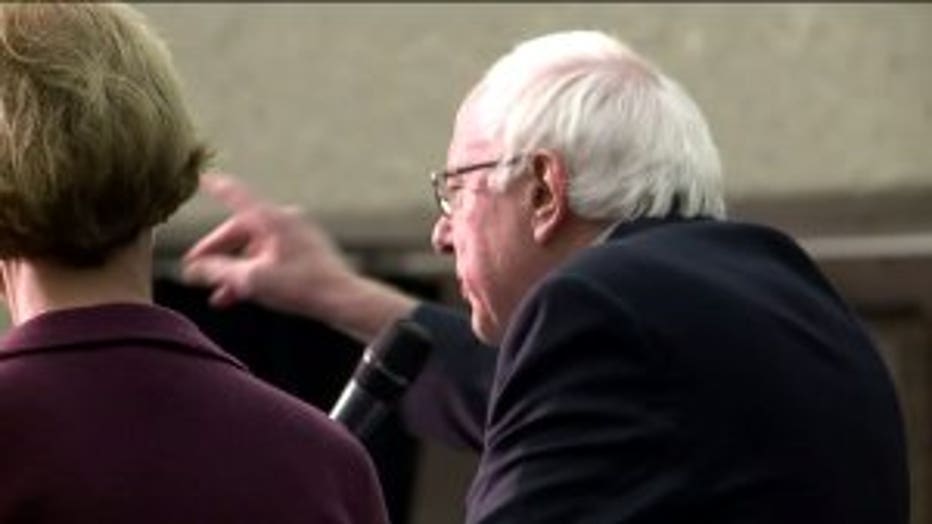 Sanders said he was "painfully aware" that President Trump barely won Wisconsin in 2016 and called on young people to lead a record-high turnout for the midterm election in 15 days.

"Mark my words on this, if the younger generation, people under 30, vote as the same level as the rest of the population you will transform the United States of America," the 77-year-old Sanders said. "Let's tell Trump and Walker and all of these guys, we want a government and an economy based on justice."

The Sanders rally came hours after Walker said during a radio town hall that Democrats were "bringing in all the muscle." Walker also repeated, on the "Jay Weber" on WISN-AM, his long-held concern that Republicans were growing complacent in Wisconsin after he's won three elections for governor since 2010, including a 2012 recall.

"The left is angry and their rhetoric is full of hatred and they're bringing in all the muscle," Walker said, noting the Sanders rally and Obama's planned stop in Milwaukee on Friday, both to encourage early voting. "They've got people worked up and pumped up, and we cannot take it for granted." 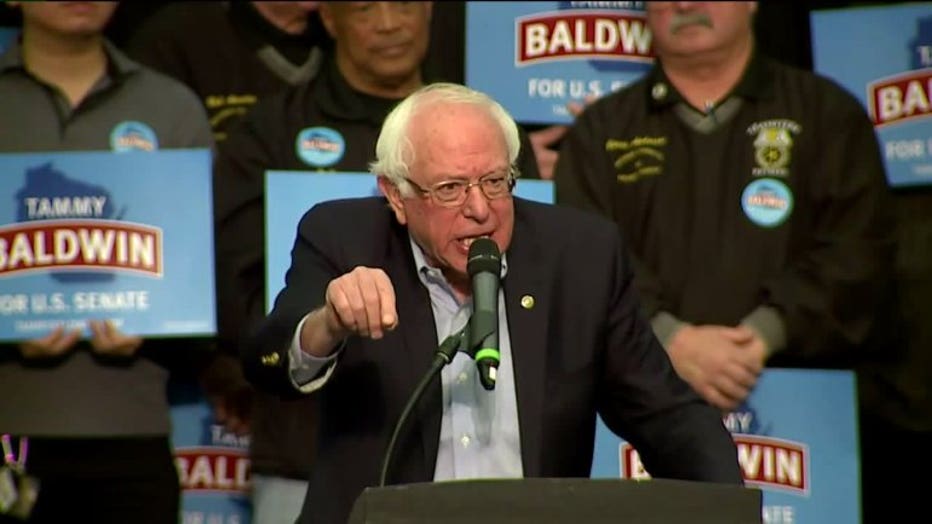 Walker's opponent Evers, speaking before Sanders, made his pitch for a $15-an-hour minimum wage, criminal justice reform, a 10 percent income tax break for the middle class and increasing funding for education to roads to fix what Democrats have been calling "Scottholes." Evers also hit Walker for supporting a federal lawsuit to do away with the Affordable Care Act, a position Evers said Walker took to help his presidential bid that ended in September 2015. Walker also refused to accept money from the federal government to expand Medicaid.

"His running for president caused people in Wisconsin to suffer," Evers said. "We're going to change that and we're going to take that Medicaid money for the state."

Walker reiterated in the radio town hall that he would not drop Wisconsin from the federal lawsuit seeking to repeal the Affordable Care Act. Walker supports replacing it with a state guarantee of insurance coverage for people with pre-existing conditions.

Retired salesman Jack Klepp, 74, from Milwaukee, who attended the Sanders rally, said that while he thinks people are "disturbed" about President Trump, Democrats in Wisconsin are most excited about being able to vote to oust Walker.

"I think people are sick of Walker, just sick of him," Klepp said. "That's the primary motivator."

Alexa Lovo, an 18-year-old freshman at UW-Milwaukee, said she looks forward to casting her ballot for Democratic candidates in two weeks — the first election where she's old enough to vote.

Lovo said she's on a group chat with friends from high school who are also motivated to vote for Democrats because "they're for human rights, they're open, they can see the answers to a better future."