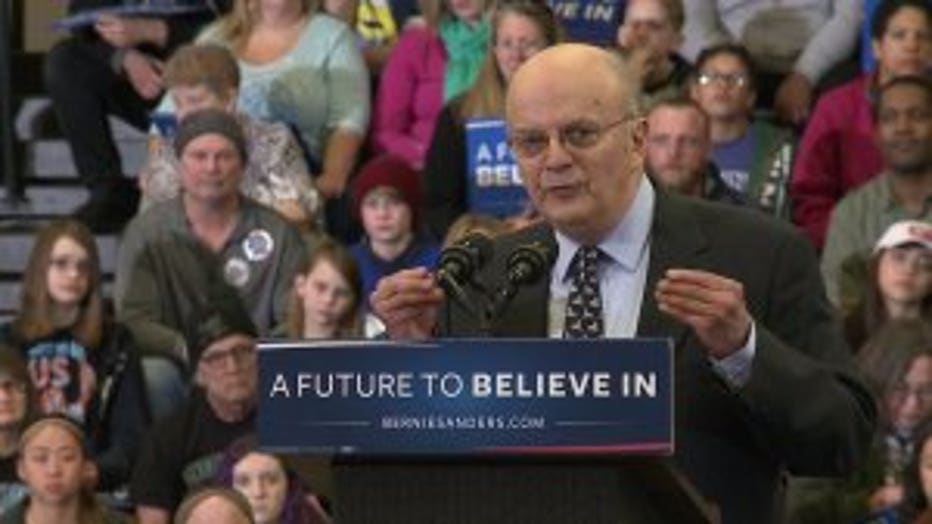 Sanders addressed nearly 3,000 people who filled Tarble Arena. He discussed the importance of campaign finance reform and how what he calls a "rigged economy" is impacting income distribution.

"We now have a corrupt campaign finance system which is undermining American democracy. If we don't get this economy turned around, you will have the dubious distinction of being the first generation in modern, American history to have a lower standard of living than your parents," Sanders said. 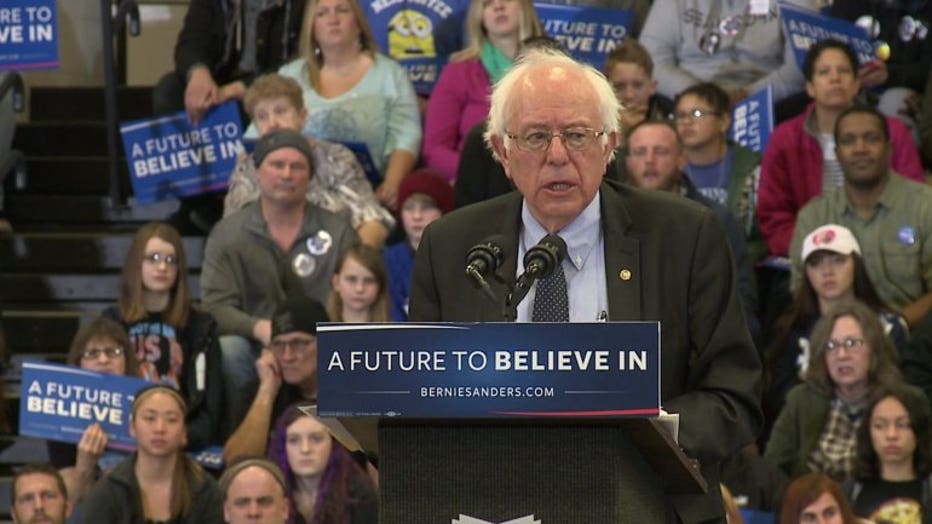 Sanders' address was interrupted, albeit briefly. 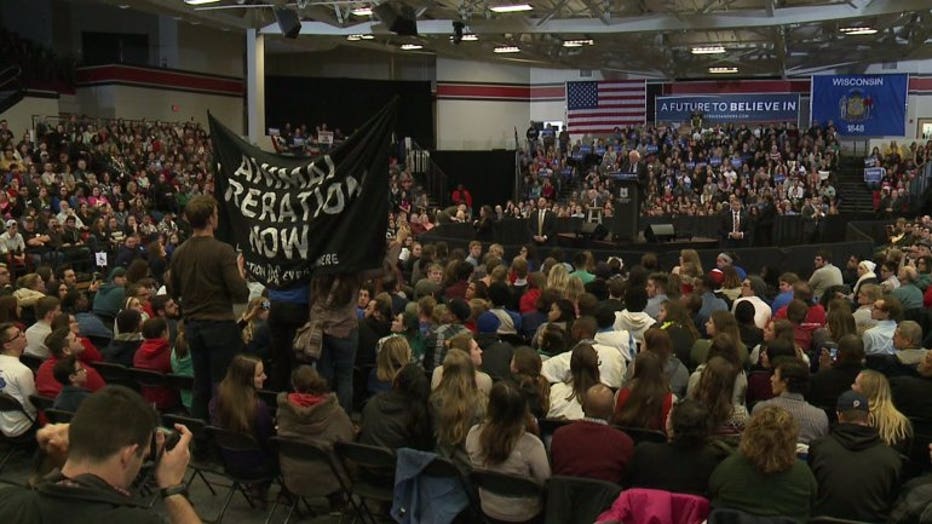 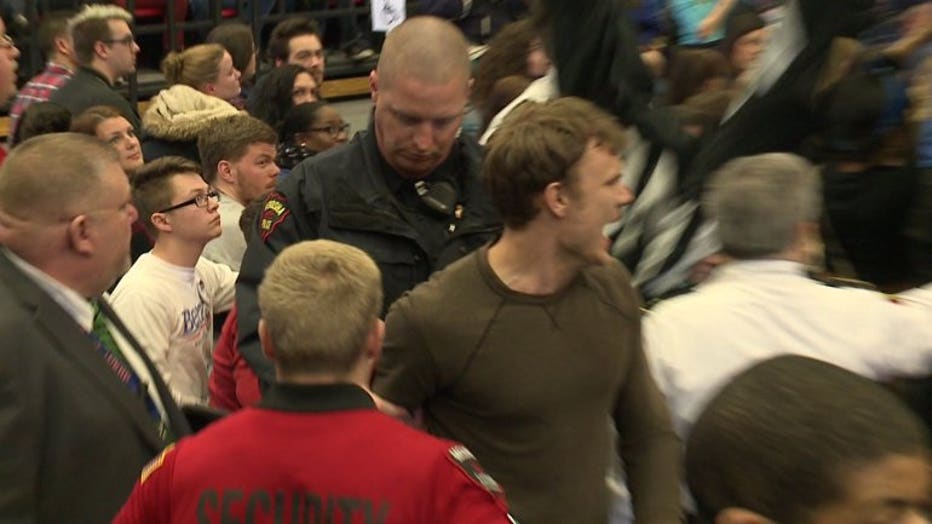 Austin Babel, on spring break, was one of the 3,000 supporters in attendance.

"I might not be able to vote, but I'll be able to vote in the future. The things that will be decided, as far as minimum wage, are going to affect me for the next several years of my life," Babel said. 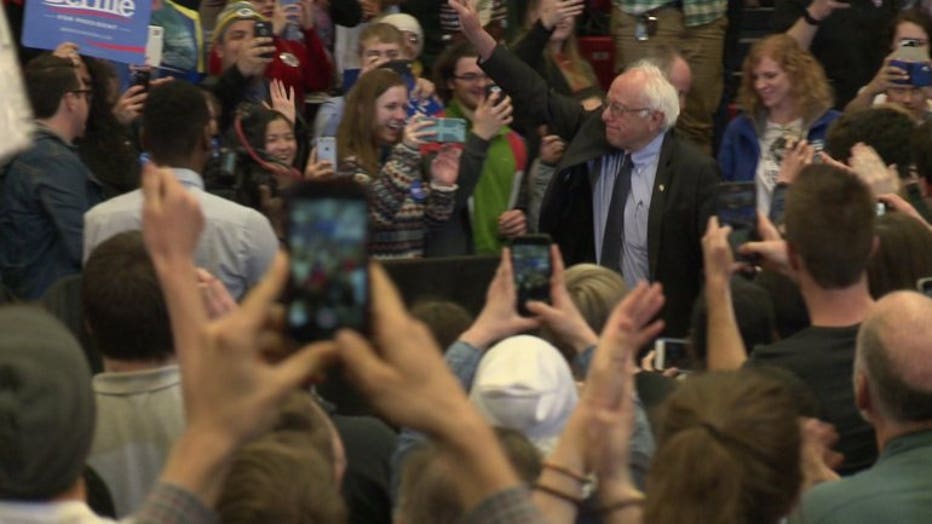 After the event in Kenosha, Sanders hosted a rally in Madison, at the Orpheum Theater at 2:00 p.m. Sanders was in Madison last weekend. He spoke to thousands of supporters at the Alliant Energy Center on Saturday, March 26th. 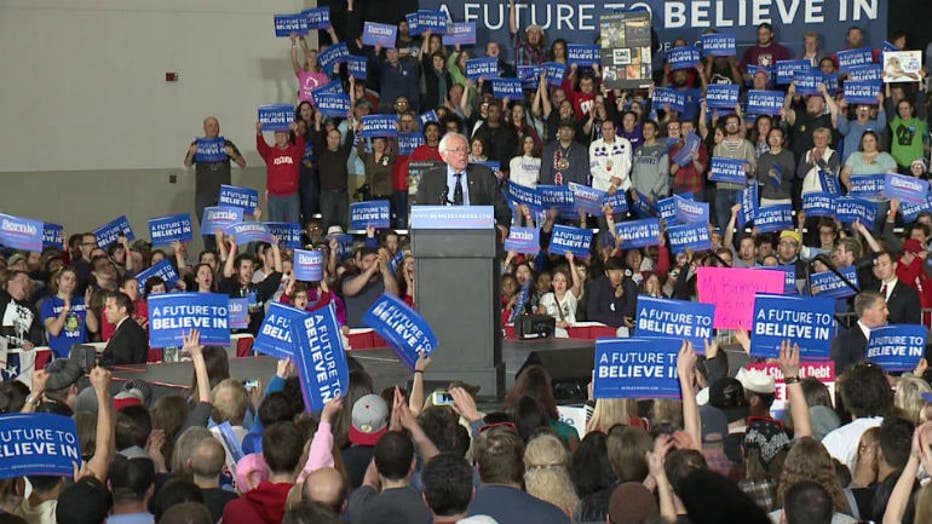 Later Wednesday, Sanders stopped in the La Crosse area for a rally at the Onalaska OmniCenter.

Sanders told hundreds of supporters in Wisconsin that he's seized the momentum and can defeat both Hillary Clinton and Donald Trump.

Sanders appeared at the rally in a packed hockey arena in Onalaska, a suburb of La Crosse on the Wisconsin-Minnesota state line.

He touted the results of a Marquette University Law School poll that shows him tied or slightly ahead of Clinton and leading Trump in the state. He urged his supporters to not let anyone say he can't win the general election.

Sanders ticked off his usual talking points, railing against the influence of special interest money in elections, pointing out he introduced Senate legislation to legalize marijuana, and calling for raising the minimum wage to $15 an hour.

Sanders stopped his speech twice to call for medics to attend to supporters in the crowd. It wasn't clear what happened to them, but Sanders said he thought they had been standing for a long time and had become dehydrated.

On Tuesday, the Fox Cities Performing Arts Center in Appleton was filled with nearly 3,200 Bernie Sanders supporters -- as the Democrat rallied in Wisconsin. Sanders' campaign says an even bigger crowd came out for the rally at State Fair Park in West Allis. A campaign spokeswoman estimates 4,000 supporters packed the event with another 1,500 having to listen from an overflow area outside. 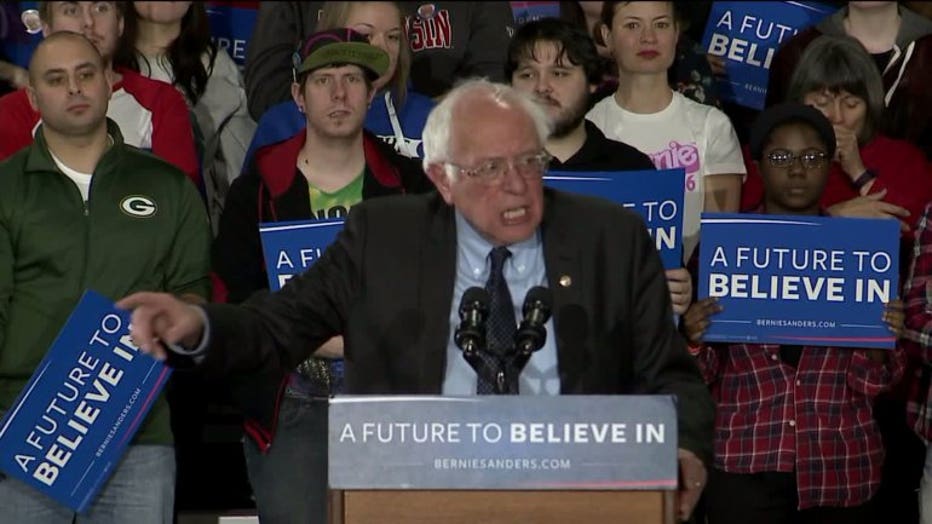 Fresh off victories in Alaska, Hawaii and Washington, the Vermont senator said the Dairy State is critical to continuing his campaign's mounting momentum.

Voters head to the polls in Wisconsin on April 5th.