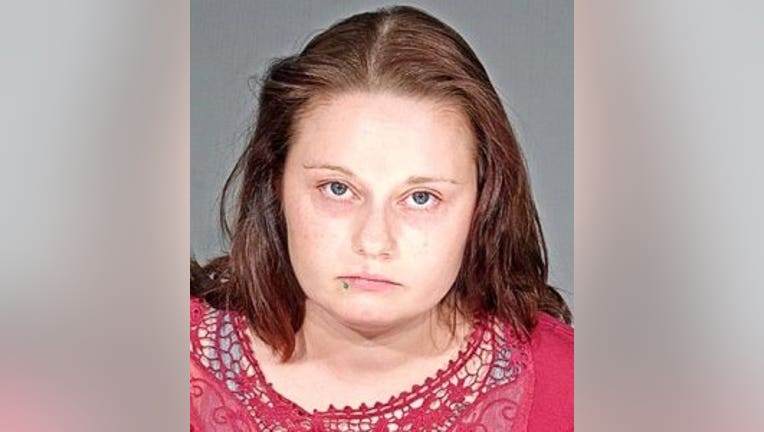 BEAVER DAM -- A 27-year-old Beaver Dam woman is charged with first-degree reckless homicide in the February death of her 2-year-old son. The accused is Amanda Trost.

According to the criminal complaint, Beaver Dam police officers were dispatched to Trost's residence on Saturday evening, Feb. 23. Trost called to report her son was not breathing. EMS arrived on the scene -- and attempted CPR on the child. The boy was later taken to a hospital where he was pronounced deceased.

The Milwaukee County Medical Examiner's Office conducted an autopsy on the boy -- and determined his cause of death was acute methadone intoxication.

When initially interviewed by police, the complaint says Trost indicated her son "had a hard time breathing when he was a baby, but did not have any serious issues recently." Trost explained she had given the child some crackers and fruit snacks that Saturday afternoon -- and napped with him. Trost told police she woke up around 5 p.m. and took a shower. When she was done, "she went back into the bedroom and discovered (the child) was not breathing."

The complaint indicates Trost had been addicted to heroin for four years, but had not used since April 2014. She told police she "broke" her hip last year and was prescribed narcotics and "got really addicted to those pills." Trost said she had to be readmitted to a rehab clinic.

According to the criminal complaint, Trost told authorities she kept her medications in a "circular shaped metallic container on the top shelf in the walk-in closet in her bedroom, 'where kids cannot reach it.'" She said her methadone was in a lock box "so (the child) wouldn't have been able to get to that."

On Sunday, Feb. 24, a detective searched the Trost residence. In the walk-in closet on top of a dresser, the detective saw a duck figurine. The complaint says "inside the duck was a semi opaque, square plastic container secured with a child-proof top with a label indicating it was methadone prescribed to the defendant. Inside the bottle were a few droplets of a red liquid. There were no red stains or liquid inside the duck." Also in the walk-in closet, the detective found a "metal container with several prescription bottles for the defendant."

When a detective questioned Trost about the methadone, she said it was kept in "a metal container on top of the microwave which can only be opened with a key." When the detective asked her to open it, the metal container was empty. The complaint says Trost "appeared shocked and began to panic, looking for her methadone bottle." The complaint goes on to say, "After several minutes of allowing her to look, (the detective) went into the walk-in closet in (Trost's) bedroom and retrieved the bottle from the duck (figurine) and returned to the kitchen with it. The defendant confirmed that was the bottle she was looking for."

At that point, the complaint says Trost explained "the reason the bottle was not in the locked container was because she was going to stay at (another man's house) that night and she was packing her items and moved the container for the dose she was supposed to take that Sunday morning." She believed the bottle had her full dose of methadone -- and "she had not consumed any yet." The detective later told Trost "when he found and photographed the bottle, there was not 6 milliliters in the bottle. The defendant then admitted she took it at lunch time on Saturday, before she took the nap with (the child)."

Trost made her initial appearance in court on Monday, Oct. 21. She is scheduled to be back in court for a preliminary hearing on Dec. 5.