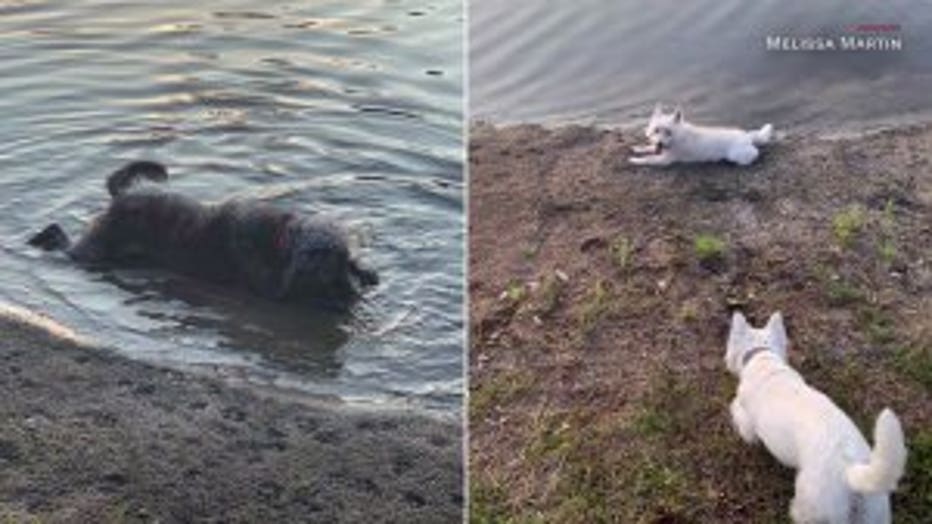 MILWAUKEE -- Three pet deaths in North Carolina led to renewed warnings for pets and people about toxins released by blue-green algae -- a plant that can be found in most of Wisconsin's inland waterways. Wisconsin Department of Natural Resources officials said a couple dog deaths in Wisconsin this summer may have been caused by blue-green algae toxins, but remained under investigation Tuesday, Aug. 13.

The best thing you can do to protect yourself and your animals is to know what to look for.

"Children and pets, because of their smaller body size, if they swallow lake water that could possibly be producing toxins, that could make them sick," said Gina Laliberte, Wisconsin DNR. "It's really important to chose clear water for them to swim in." 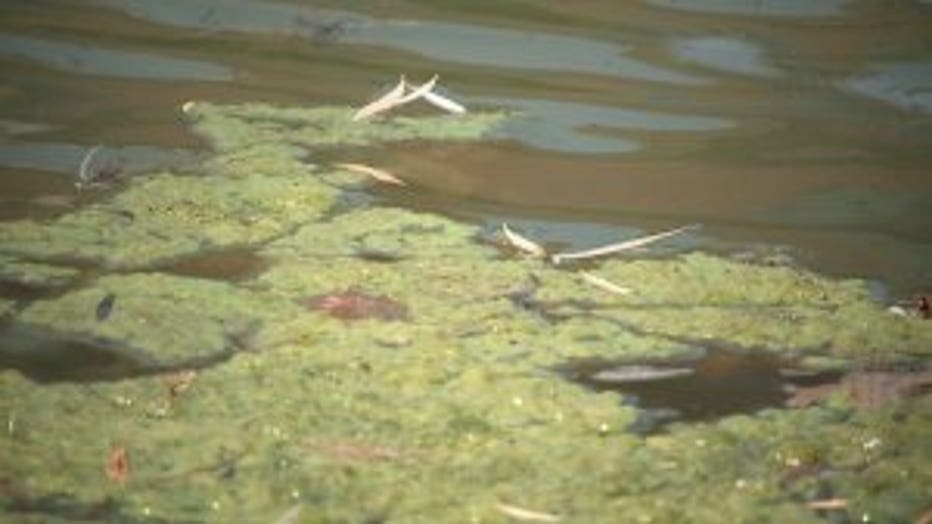 The toxins can be difficult for local agencies to monitor. The best thing you can do is to look out for the signs yourself.

Toxins have been detected recently in Lake Winnebago and Lake Monona, as well as Veterans Park Lagoon in Milwaukee.

"Any time you see unusually colored water, or vividly colored scums, be aware that this might be blue-green algae, and definitely keep pets and small children out of the water when water looks like this," said Laliberte.

The microscopic bacteria tends to be released in warmer weather, and can cause symptoms ranging from skin rashes to organ failure. During summer 2019, there have been several cases of illnesses reported to the Wisconsin Department of Health Services, including a couple of dog deaths, with investigations ongoing. 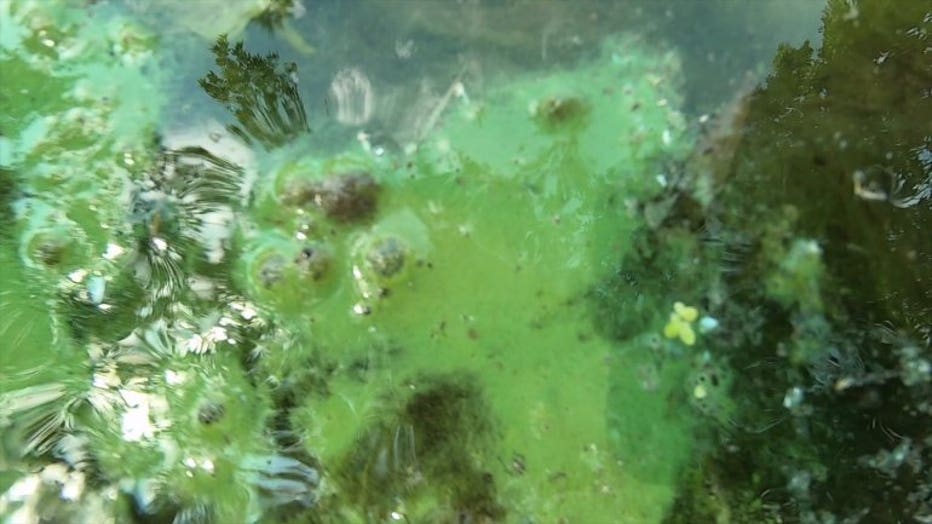 "We're staying clear of all of this," said Paula Parella, pet owner. 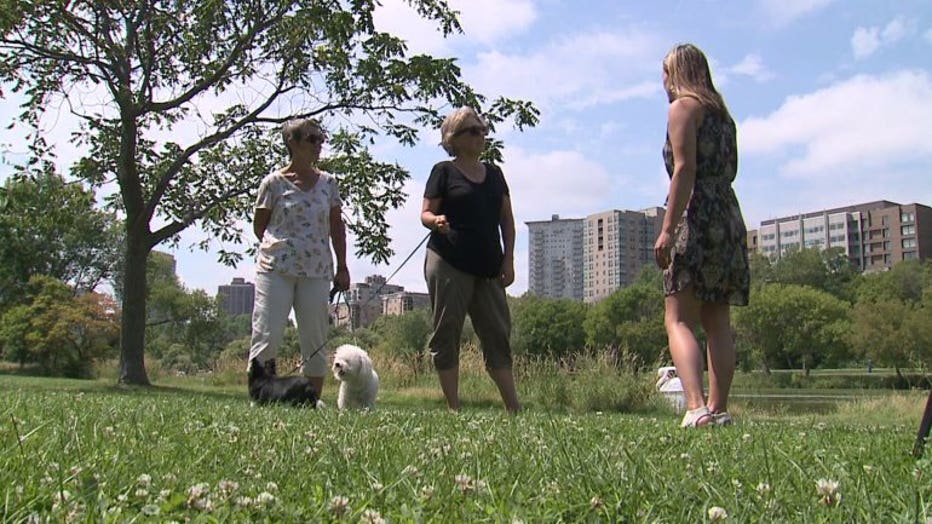 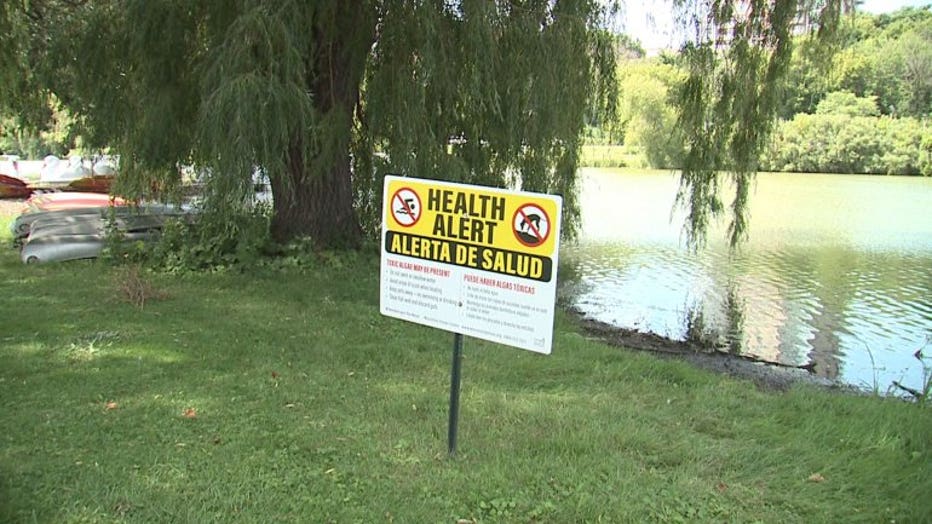 If you have a pet or child that you believe has been exposed, rinse them with tap water and take them to a doctor or veterinarian right away.