MADISON -- Debate over tougher punishments for certain gun crimes turned sour at the state Capitol on Tuesday, as two Milwaukee lawmakers argued in front of the city's mayor and police chief.

Mayor Tom Barrett and Police Chief Ed Flynn both testified in favor of Assembly Bill 220, which would require that anyone convicted of a violent crime who later gets caught with a gun serves at least a three-year sentence.

As Rep. LaTonya Johnson (D-Milwaukee) and Senator Lena Taylor (D-Milwaukee) argued, Barrett closed his eyes and leaned back, appearing frustrated with the tone of the debate. 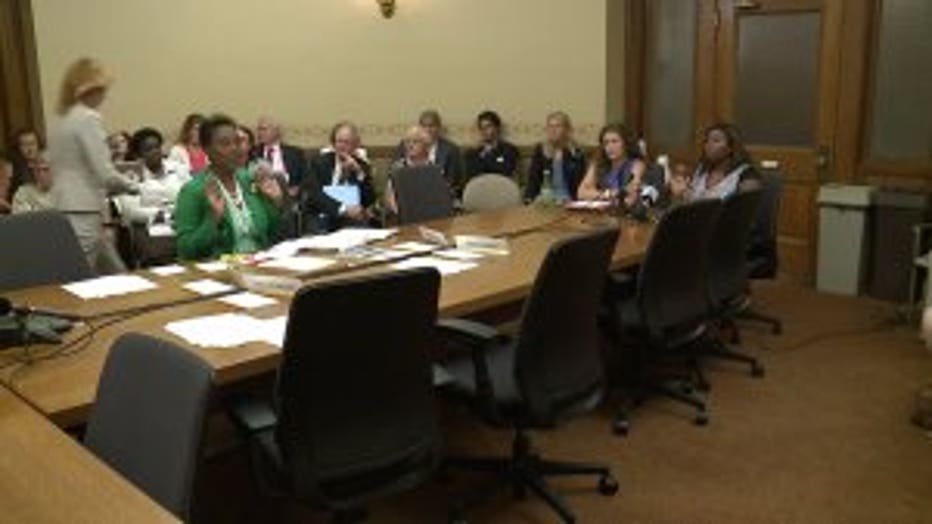 Johnson listed off several recent violent crimes in Milwaukee,  asking Taylor: "If you can, pinpoint for me which of those already violent crimes should not receive a mandatory sentence?"

Wisconsin law does not mandate minimum sentences for gun crimes. Barrett and Flynn said such sentences would deter violent criminals from carrying guns on Milwaukee streets.

Milwaukee has had 104 homicides in 2015, a significant increase over previous years. 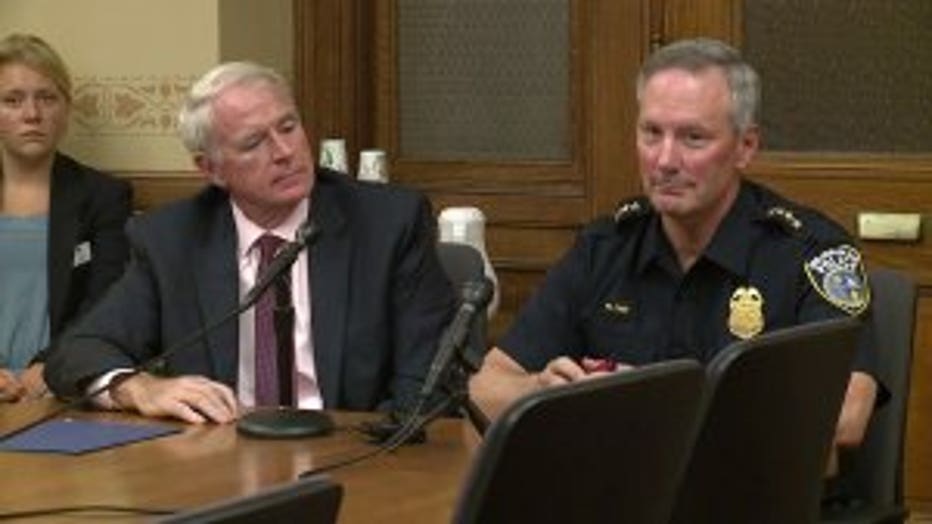 "We can talk for 50 hours about data. My data is -- (this criminal) committed a violent crime. And he`s using a gun. What`s there to talk about?" Mayor Barrett said.

Senator Taylor says minimum sentences are a "Stone Age" idea, and she says lawmakers should focus on giving direction to inner-city youth.

"What we have is someone trying to lead us backward, so what we`re trying to do is see if there`s a more effective way to do it," Taylor said.

Following the debate, Mayor Barrett said he understood the passions on both sides.  He acknowledged that some Milwaukee-area Democrats are opposed to mandatory sentences.

Lawmakers in the Assembly passed the bill in June after changing it so the mandatory minimums would not apply to someone five years after their initial criminal conviction. Some Assembly members were concerned about hunters who'd been convicted of a violent crime decades earlier but had otherwise clean records, Johnson said.

There was no vote from the Senate committee Tuesday, and Chairman Van Wanggaard (R-Racine) said he had concerns about the bill. The next meeting is Sept. 10.