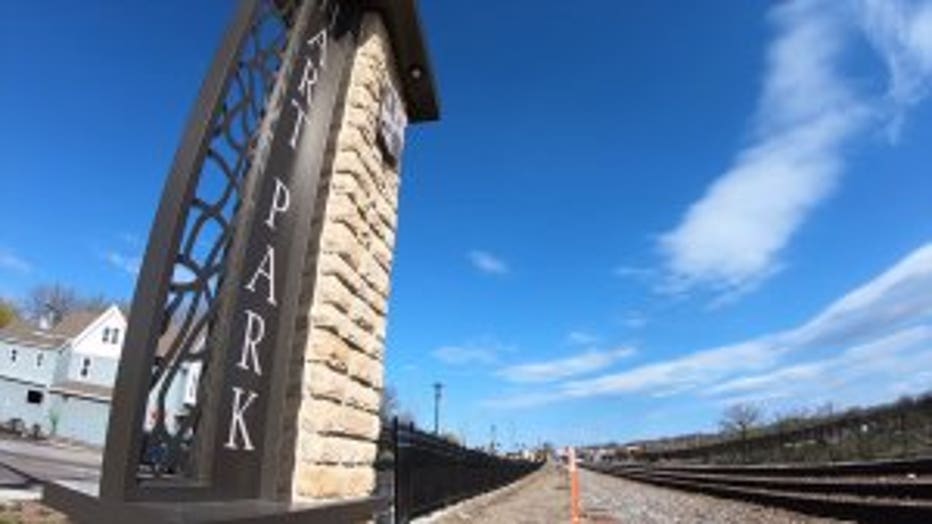 WAUWATOSA -- During the second week in March, things really started to change in the United States as the coronavirus took hold. Sports seasons were postponed, students and teachers moved to remote learning and millions of Americans began working from home. Family dynamics changed, as well. During a trip to Wauwatosa's Hart Park, FOX6's Ted Perry, and FOX6 Photojournalist Andy Konkle discovered while COVID-19 has brought some families closer together, it's forced others to be physically apart.

Most every Saturday, the sleepiness of Hart Park awakens very quickly with a sound that can't be anything but the bagpipes.

"In Scottish music, you got a lot of music where the first note is lengthened, and the second is shortened," said David Pollock. "It gives it that aggressive feel."

David Pollock is a Scotsman, playing an instrument as Scottish as haggis and whisky. 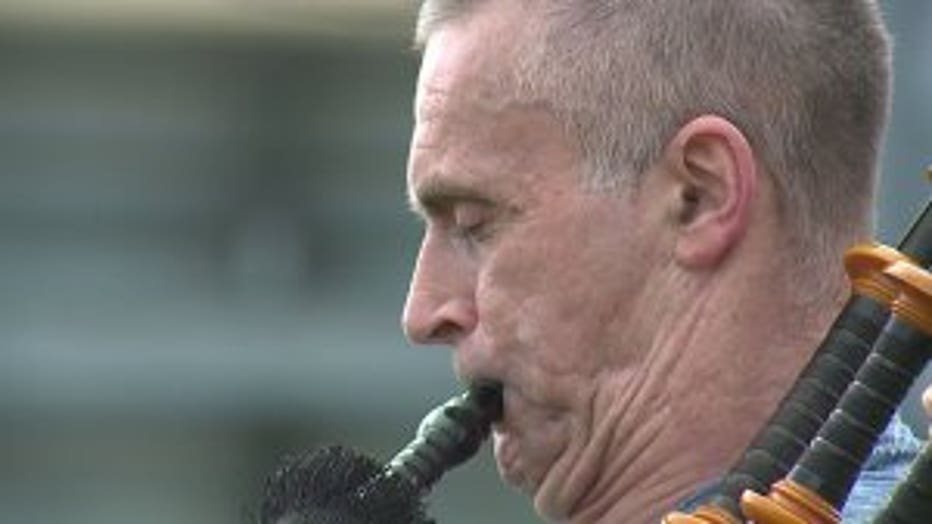 "The bagpipes are an instrument of war," said Pollock.

He's not just far from his native home, but he's fighting a battle that has left him out of his American house, as well.

By "our," he means him, his wife, Cathleen, and their daughter, Rachel.

"I was born with a heart condition, and when I'm stressed, it gets worse, and we were concerned I wouldn't do well if I got COVID-19, so with Dave working every day..." said Cathleen. 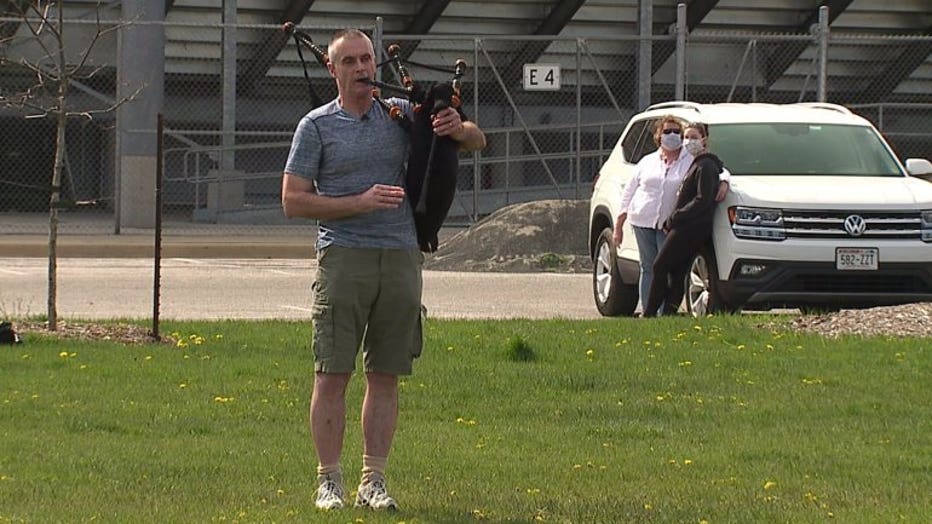 With Cathleen, a school social worker, and Dave, a Generac employee, facing health issues, they made the painful decision to live apart -- to make sure at least one of them would be there for Rachel if things got really bad. Their house is a little too quiet without Dave around. 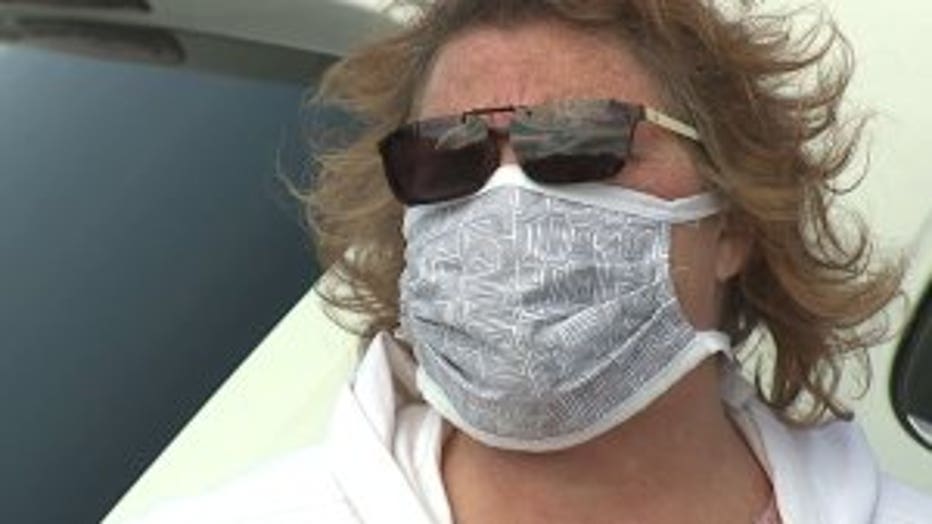 "That's why he always let's me know when he's coming over," said Cathleen. "He texts me so I can come over."

He's renting an Airbnb, while she's at their Wauwatosa home. Dave hasn't hugged his daughter or kissed his wife since March 16. The closest they come to each other is a weekly exchange of groceries in a parking lot.

"Everything is sanitized, so you're good," said Cathleen.

They are supplies they could get anywhere, but Saturdays in the park provide something they both need -- the connection that comes from sharing a life -- even if it's temporarily shared at a distance.

"It makes me feel like home," said Cathleen. "That's just the sound in our house every day. I feel proud, and the music is really soothing. It's the background noise of our life -- being married to a Scotsman." 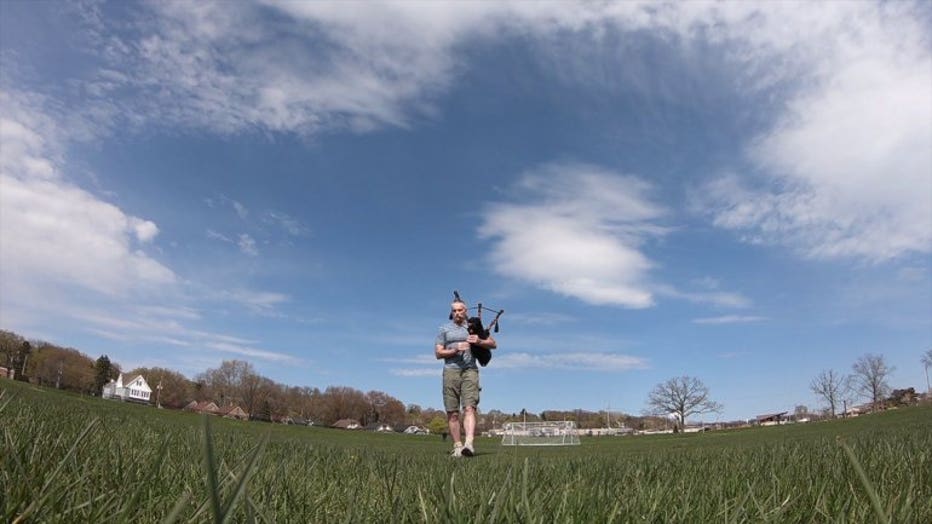 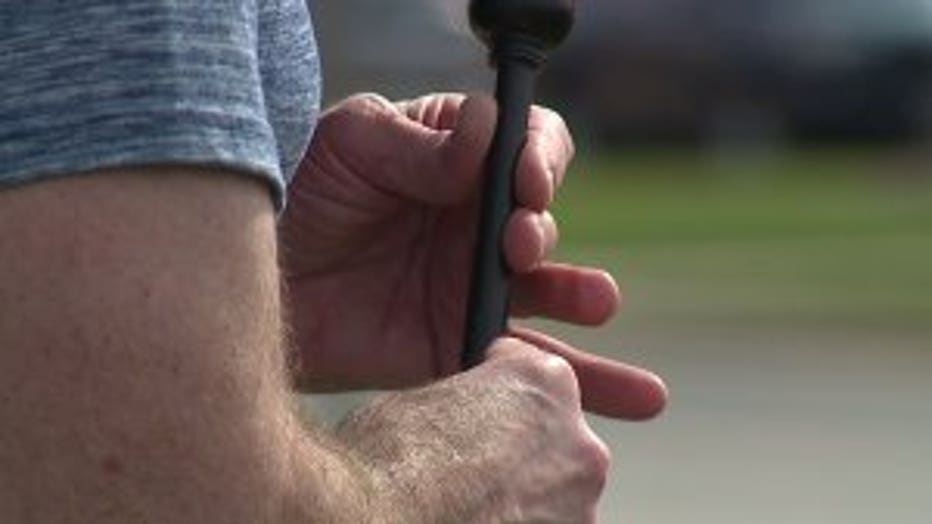 The Scotsman draws a wee crowd -- not a sight one sees or a sound one hears very often.

"The reason I came here was to practice the bagpipes," said Dave Pollock. "If other people derive pleasure from it, that's a bonus.

It's more than pleasure for Cathleen and Rachel -- the sound of bagpipes reaching where the arms, for now, cannot.

Dave and Cathleen aren't sure how long they'll have to continue to live apart, but for now, it's their reality. If you want to catch Dave -- from a safe distance -- he usually plays at Hart Park weekend afternoons.