GREEN BAY -- Nearly two months after he was critically injured on duty, Green Bay Police K-9 officer Pyro is heading back to work. At a checkup on Thursday, May 31, veterinarians said Pyro is completely healed and can perform all tasks he did before the stabbing.

On April 7, Pyro was stabbed in the neck multiple times while apprehending a suspect during a high-risk weapons call. He received wound care in the field by officers and his handler, and required emergency surgery at the Animal Referral Center Appleton to repair multiple soft tissue injuries to his neck and esophagus. He received blood and plasma transfusions and a temporary tracheostomy.

After multiple surgeries, Pyro was able to do light tasks that did not require him to wear a collar. FOX6 and our Green Bay sister station, WLUK, have followed Pyro's progress and journey to recovery since his stabbing. 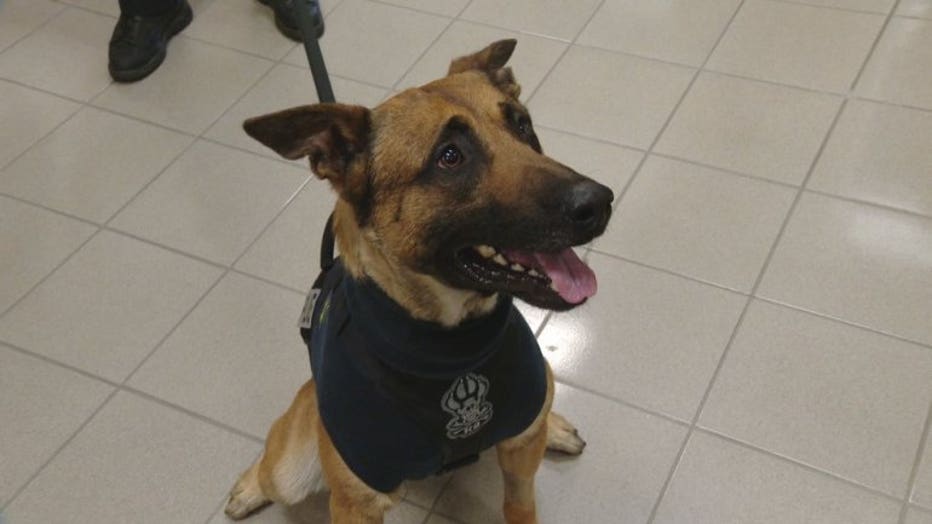 The Green Bay community has been supportive of Pyro's recovery. GoFundMe pages and events have helped raised thousands of dollars to help with Pyro's medical bills. He was even honored with a rare "Key to the City" following his injury.

Sai Vang, the man accused of stabbing Pyro, was found incompetent to stand trial on Thursday, May 30. Hes's facing multiple charges, including a felony charge of causing injury to a police animal.

During questioning, Vang repeatedly apologized for stabbing Pyro but said “he stabbed the dog on instinct, because he is scared of dogs,” the complaint states.

We are so happy for Pyro -- and thankful for his quick recovery!