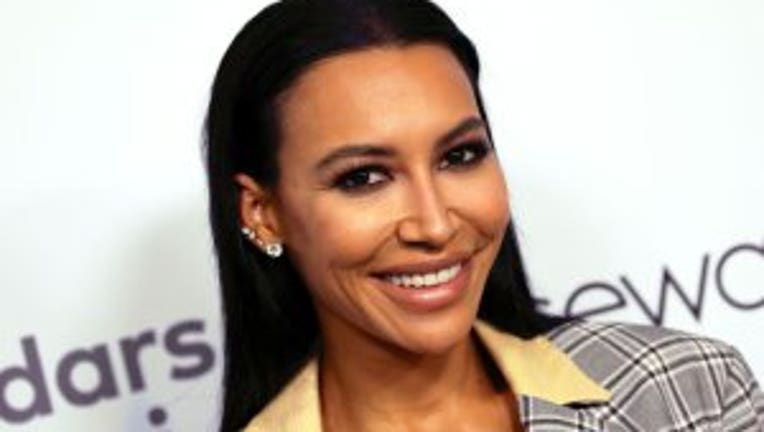 VENTURA COUNTY, Calif. -- Authorities planned Friday to renew the search for “Glee” star Naya Rivera, who is believed to have drowned in a Southern California lake while boating with her 4-year-old son.

Rivera, 33, disappeared after renting the pontoon boat for three hours Wednesday afternoon and taking it out on Lake Piru in Ventura County, the Sheriff’s Office said Thursday.

The lake an hour’s drive from Los Angeles was searched by dozens of people, most of them divers, with help from helicopters, drones and all-terrain vehicles. The search to recover Rivera’s body continued into the night Thursday before ending for that day.

The area where the boat was found is about 30 feet (9 meters) deep. Murky waters heavy with plants made it difficult for divers to see more than about a foot ahead of them, sheriff’s Sgt. Kevin Donoghue said Thursday. 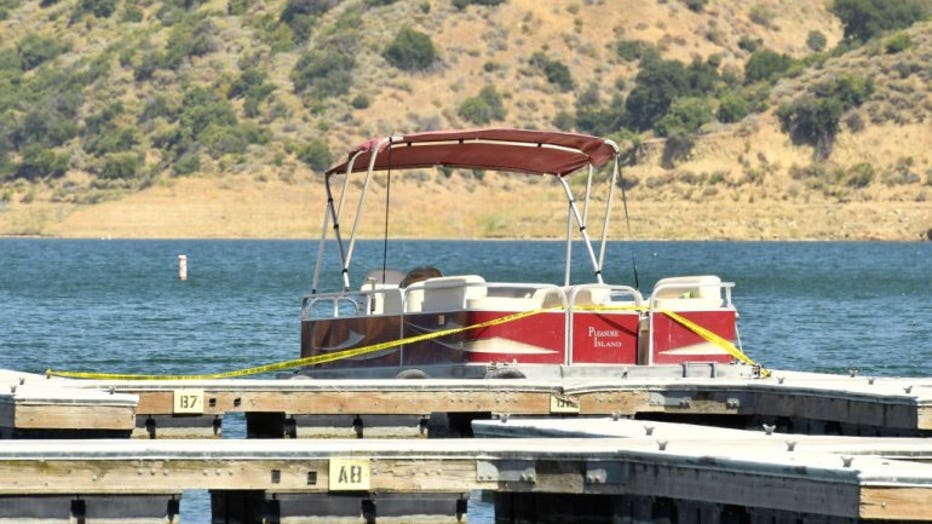 PIRU, CALIFORNIA - JULY 09: A boat is docked and roped off with police tape at Lake Piru, where actress Naya Rivera was reported missing Wednesday, on July 9, 2020 in Piru, California. According to the Ventura County Sheriff’s Department this is beli 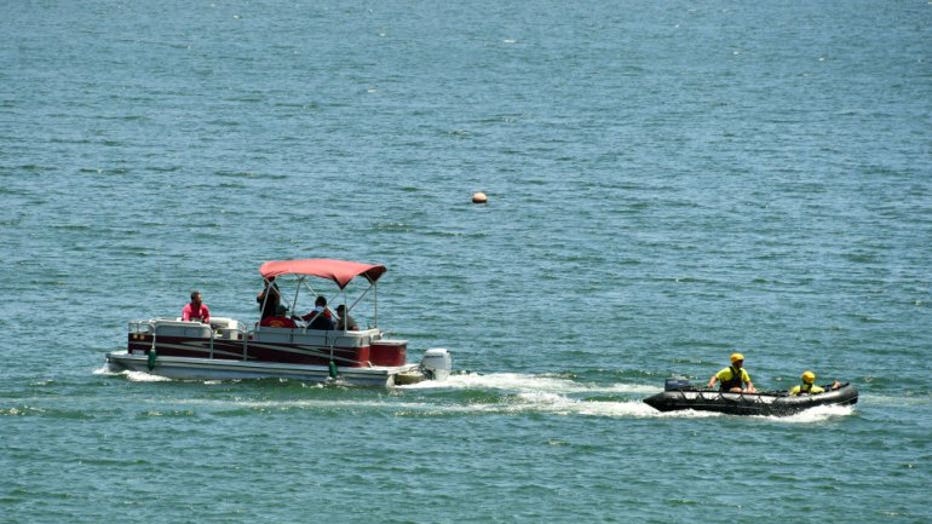 “If the body is entangled on something beneath the water, it may never come back up,” Donoghue said.

Rivera played Santana Lopez, a singing cheerleader in 113 episodes of the musical-comedy “Glee,” which aired on Fox from 2009 until 2015. She also had recurring roles on “The Bernie Mac Show” and “The Royal Family.”

Surveillance video taken at about 1 p.m. Wednesday shows Rivera and her son, Josey Hollis Dorsey, leaving on the rented boat. 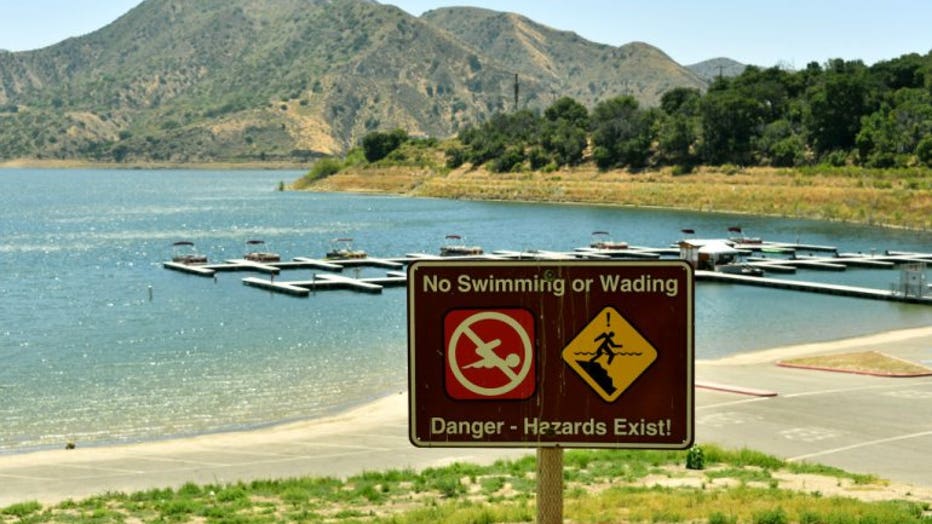 PIRU, CALIFORNIA - JULY 09: A sign warns visitor of hazards for swimming and wading at Lake Piru, where actress Naya Rivera was reported missing Wednesday, on July 9, 2020 in Piru, California. Rivera, known for her role in "Glee," was reported missin

When the boat failed to return, its vendor found the vessel drifting in the northern end of the lake late Wednesday afternoon with the boy asleep on board. He told investigators that he and his mother had been swimming and he got back into the boat but she didn’t, according to a sheriff’s office statement.

The boy was wearing a life vest and another life jacket was found in the boat along with Rivera’s purse and identification.

Rivera is believed to have drowned “in what appears to be a tragic accident,” the statement said.

The boy, Rivera’s son from her marriage to actor Ryan Dorsey, was safe and healthy and with family members, authorities said. The couple finalized their divorce in June 2018 after nearly four years of marriage. 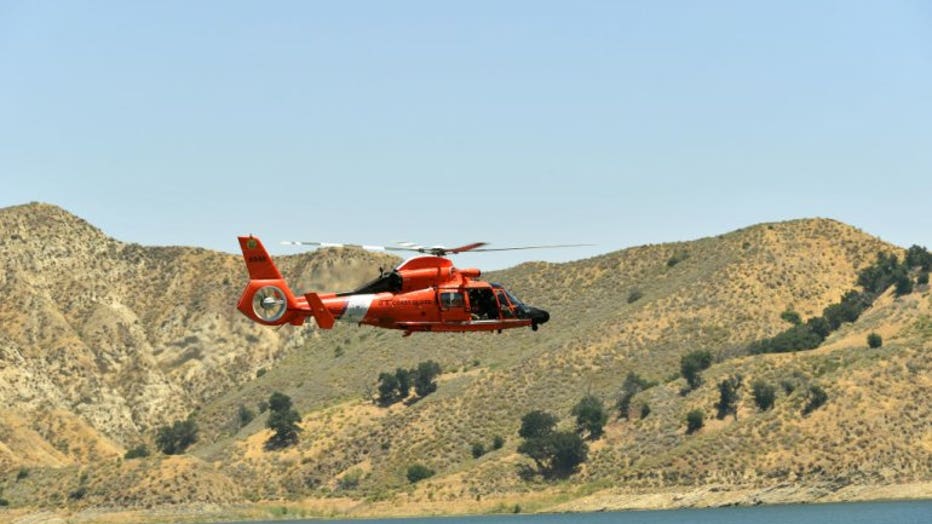 She called the boy, her only child, “my greatest success, and I will never do any better than him” in her 2016 memoir “Sorry Not Sorry.”

The most recent tweet on Rivera’s account, from Tuesday, read “just the two of us” along with a photo of her and her son.

It appeared increasingly likely she would become the third major cast member from the show to die in their 30s.

Co-star Mark Salling, who Rivera dated at one point, killed himself in 2018 at age 35 after pleading guilty to child pornography charges.

Cory Monteith, one of the show’s leads, died at 31 in 2013 from a toxic mix of alcohol and heroin.

Rivera was engaged to rapper Big Sean in 2013, but their relationship ended a year later. The pair met on Twitter and collaborated musically, with the rapper appearing on Rivera’s debut single “Sorry.” She married Dorsey a few months later.