TOWN OF GRAFTON -- The Grafton Fire Department and several other agencies responded to the call of a stranded kayaker around 2:30 p.m. on Saturday afternoon, May 23.

In a Facebook post, the department said the kayaker became trapped on the island after she fell out of her kayak. At the scene, the Grafton fire chief was informed that several people had gone into the river to help her; one of those people also needed rescuing. It was later determined that the rescuers were kayaking in the same group as the stranded kayaker.

The kayaker was taken to the hospital for medical evaluation. Authorities did not release any updates on her condition. 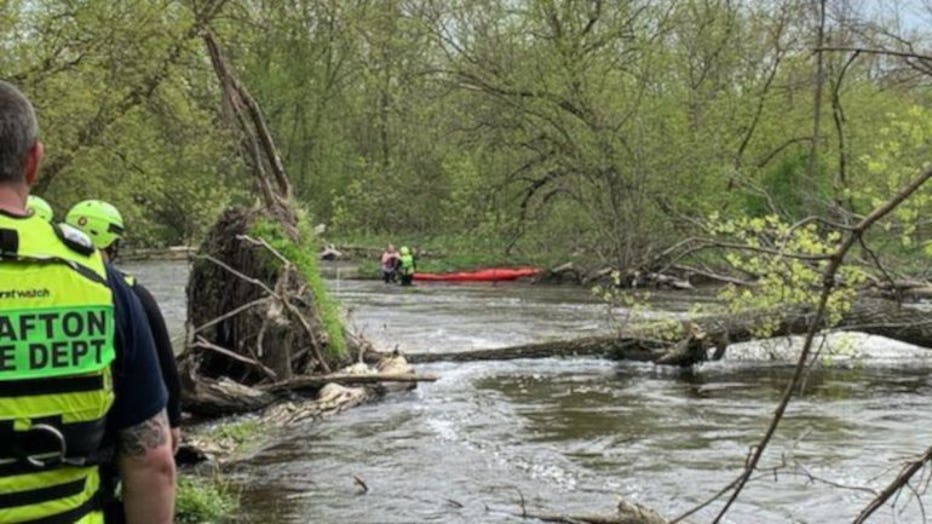