OSWIECIM, Poland -- Experts at the Memorial and Museum at Auschwitz-Birkenau were preserving shoes that belonged to a child who died at the World War II Nazi concentration camp when they made a heartbreaking discovery.

“A handwritten inscription was found in one of the children's shoes bearing the child's first and last name, the marking of the transport and the child's registration number on the transport list (Ba 541),” explains the Memorial and Museum, which is at the site of the concentration camp, in a statement. 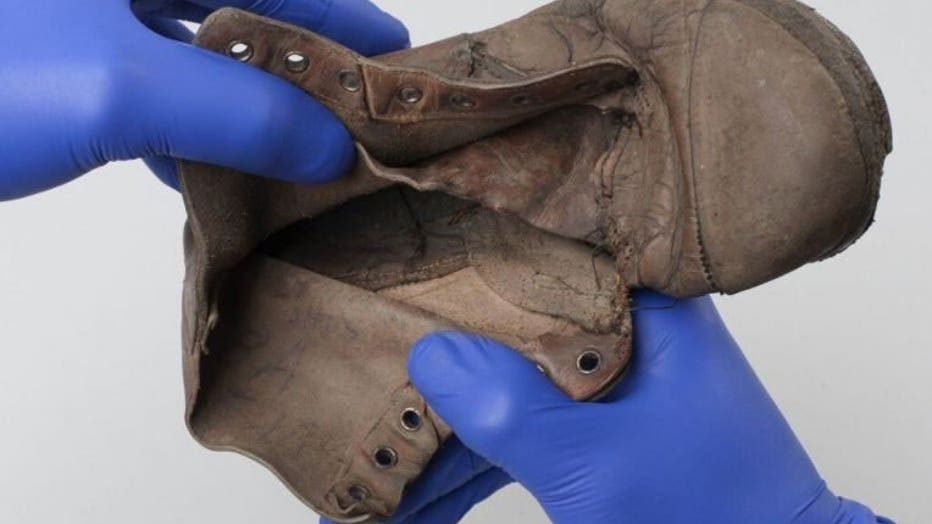 A large number of shoes that belonged to children that died in Auschwitz-Birkenau are on display in the museum.

The shoe with the handwritten inscription belonged to a Czech boy named Amos Steinberg, who was 6 when he arrived at Auschwitz in 1944.

Steinberg, who lived in Prague, was incarcerated in the Theresienstadt Ghetto near the Czech capital on Aug. 10, 1942. The family was subsequently deported to Auschwitz.

Over 1.1 million men, women and children were killed at Auschwitz-Birkenau in Nazi-occupied Poland. The area was annexed by the Third Reich in October 1943. Auschwitz was a complex of concentration camps and an extermination center at Birkenau, which was also known as Auschwitz II. 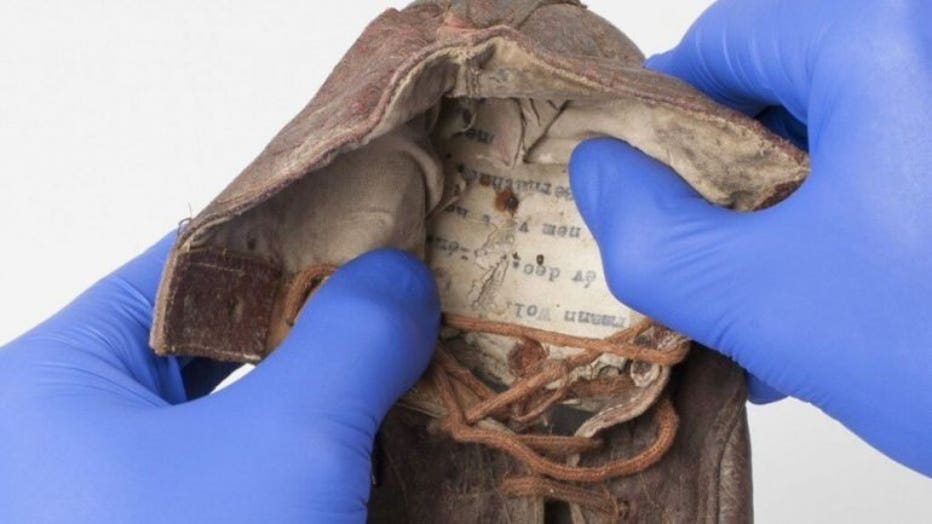 A child's shoe with Hungarian documents inside. (Memorial and Museum Auschwitz-Birkenau www.auschwitz.org)

“From surviving documents, it follows that the mother and her son were deported to Auschwitz in the same transport on 1944,” said Hanna Kubik from the Museum Collections at Auschwitz-Birkenau, in the statement. “It is likely that they were both murdered in the gas chamber after selection. We may presume that she was most likely the one who ensured that her child's shoe was signed.”

Steinberg’s father, however, was deported in another transport. “We know that he was transferred from Auschwitz to Dachau on 1944,” explained Kubik. “He was liberated in the Kaufering sub-camp.”

Documents in Hungarian were found in another shoe. “We already have shoes with such findings in our collections, but these are mainly newspapers, which were often used as insoles or additional insulation,” said Kubik, in the statement. “This find is precious and interesting because the documents have been preserved in good condition and they contain dates, names of the persons concerned and handwritten captions. They date back to 1941 and 1942.” 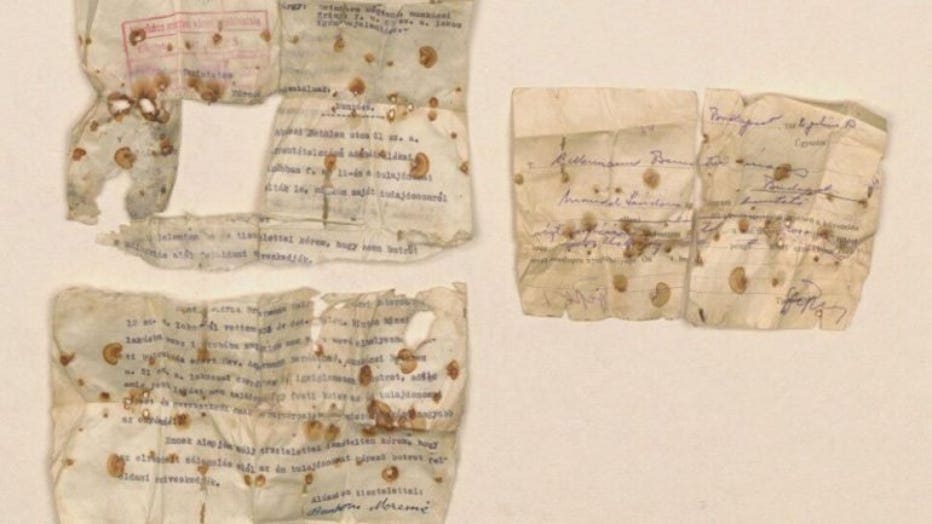 Documents discovered in a shoe. (Memorial and Museum Auschwitz-Birkenau www.auschwitz.org)

Experts believe that the documents belong to people who lived in Budapest and the city of Munkacs, which is now in Ukraine.

“Some of them are official documents, a fragment of a brochure and a piece of paper with a name. The names Ackermann, Brávermann and Beinhorn appear in the find,” Kubik added. “They were probably deported to Auschwitz in the spring or summer of 1944 during the extermination of Hungarian Jews. I hope that more in-depth research will allow us to determine the details of the individuals. The discovered documents will be preserved and sent to the collection along with the shoe.”

A number of items hidden by prisoners at Auschwitz were recently recovered from a chimney at Auschwitz.

The objects were found in Block 17 of the former Main Camp at Auschwitz as part of the renovation work undertaken by Austria’s National Fund for the victims of Nazism.

Discoveries such as the identification notes in the children’s shoes and the hidden Auschwitz items offer a glimpse into the horrific events of World War II. Last year hundreds of chilling items were discovered at Nazi massacre sites in northwestern Germany. The finds were uncovered at three sites in the Arnsberg forest, where members of the Waffen-SS and German army massacred 208 Polish and Russian forced laborers in March 1945, just before the end of World War II.

In 2017, experts uncovered two ritual baths in the remains of the Great Synagogue of Vilnius, in Lithuania, more than 70 years after its destruction during the Holocaust.

In a separate project in Lithuania, a tunnel used by Jewish prisoners to escape the Nazis was discovered.