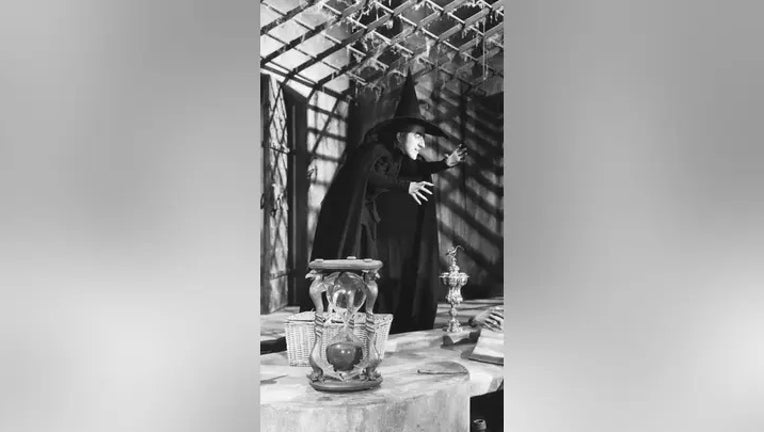 The hourglass can be seen in this still image with Margaret Hamilton as the Wicked Witch of the West in the 1939 musical film, "The Wizard of Oz." (Silver Screen Collection/Getty Images / Getty Images)

The hourglass which was famously used in a scene from "The Wizard of Oz" with the "Wicked Witch of the West" (played by Margaret Hamilton) and Dorothy (Judy Garland) will soon be up for auction.

The bidding will begin at $400,000, according to a recent announcement made by the Dallas, Texas-based auction house, Heritage Auctions.

Heritage Auctions noted that the prop is, "the most recognizable signature prop from the film, in addition to being a crucial plot-driving device."

ON THIS DAY IN HISTORY, NOV. 3, 1956, ‘THE WIZARD OF OZ’ DEBUTS ON TV, ELEVATES OLD FILM TO AMERICAN CLASSIC

"Do you see that [the hourglass]?" Hamilton's green-faced character says in the movie. "That's how much longer you've got to be alive! And it isn't long, my pretty! It isn't long! I can't wait forever to get those shoes!"

In the film, the hourglass is used to show movie viewers how much time the fictional character Dorothy has left to live.

The auction's website gives the description of the timepiece measuring at 20 inches tall and 11.5 inches wide.

"The Gothic frame is expertly crafted by studio artisans of wood and papier-mâché with winged gargoyles perched atop three spiraled columns," the auction house's website states. 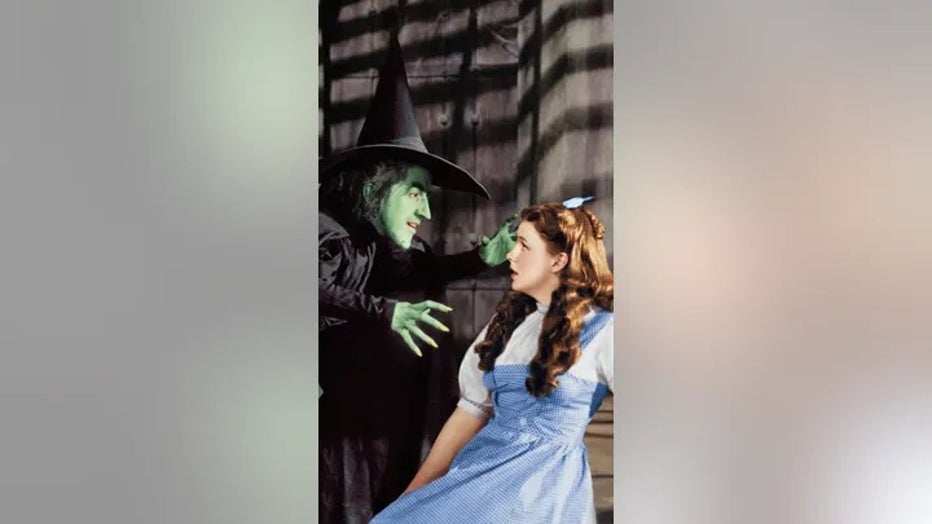 Through the years, the prop has garnered some wear and tear due its production use, notes the auction's website.

"Scuffing and cracking to paint on the gargoyle pillars as well as scuffing" and "evidence of studio repair, including pegs installed to secure the gargoyle ears to the base" are described in Heritage Auctions' description of the prop. 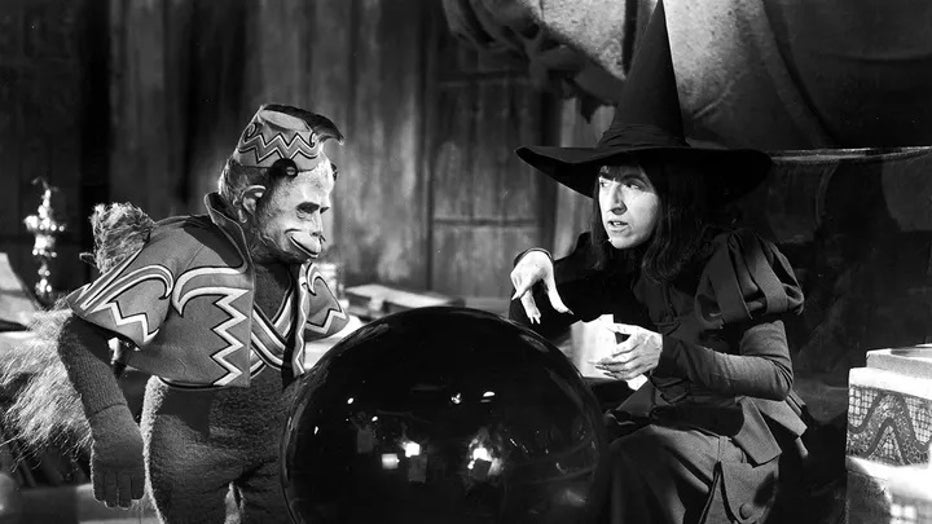 Margaret Hamilton and a winged monkey look into a crystal ball in a still from the film, "The Wizard of Oz," directed by Victor Fleming, 1939. (MGM Studios/Getty Images / Getty Images)

The hourglass has been featured in the Los Angeles Public Library's Getty Gallery museum exhibition (2000) along with the Farnsworth Art Museum, Rockland, Maine (2014) and Figge Art Museum, Davenport, Iowa (2016), according to Heritage Auctions.