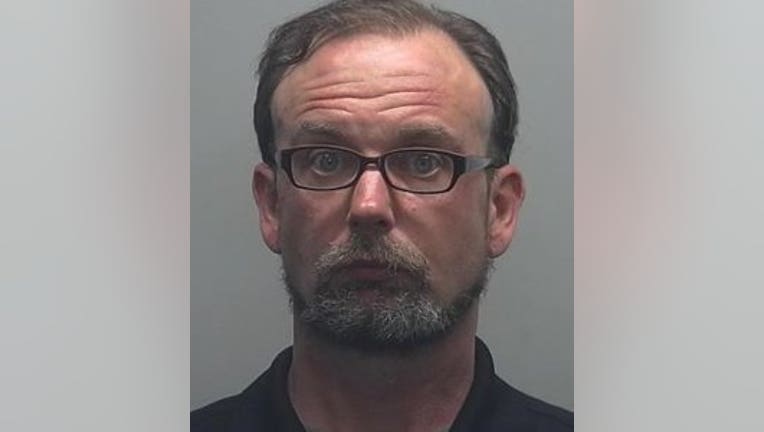 SHEBOYGAN COUNTY -- A Sheboygan Falls man is facing charges after prosecutors said he recorded inappropriate videos, including "upskirting" videos at a store, and other videos at his workplace in the Village of Kohler. Prosecutors said the man indicated he was "attracted to young girls," and according to prosecutors, there were at least five victims -- three of them juveniles.

According to a criminal complaint, on May 30, police were advised of a suspicious call at a store in the Village of Kohler.

They learned on May 26, a man entered the store and appeared to be taking "upskirt" videos of young women using a camera that was attached to his bag. A few days after the initial incident, the complaint said the man returned to the store and was again seen attempting to take "upskirt" videos of young women in the store. A traffic stop was soon initiated on the suspect vehicle, and Earley was found to be the driver of the vehicle.

An asset protection official at the store said he observed Earley pressing a button as if to start a recording device, and saw what appeared to be a screen on the top flap of a bag he'd been carrying in the store. He said Earley was carrying the bag by its handle and when he saw a group of young women, he dropped his bag so that he was carrying it by the shoulder strap, and manipulated the bag so that the screen was pointing to be able to get footage up the skirt of one of the young women at the checkout. He was later seen doing the same thing in the greeting card area -- making several passes by a young woman wearing a skirt.

The complaint said on May 26, Earley had the same bag he was carrying in the May 30 incident. A woman identified two of her daughters as victims in that incident.

Investigators spoke with Earley on May 30, and found two phones and his bag on him. According to the complaint, he told investigators "he was attracted to young girls." He said he noticed an attractive young girl at the register, but denied doing anything wrong. When asked if he was into upskirting, he said he was not. When confronted with the fact that the investigation would involve search warrants for his phones, vehicle, and home, he indicated officials would find upskiring videos.

A search warrant was executed at Earley's home in Sheboygan County, and multiple items were turned over to the Sheboygan County Sheriff's Department, including a computer found in his basement.

One of the females in the showering video identified herself as the person in the video. She told investigators she "figured it was Earley as he had been in charge of setting up the usage of the rooms."

Earley made his initial appearance in court on June 10. Probable cause was found for further proceedings, and a preliminary hearing was set for June 19. A status hearing was scheduled for June 17.