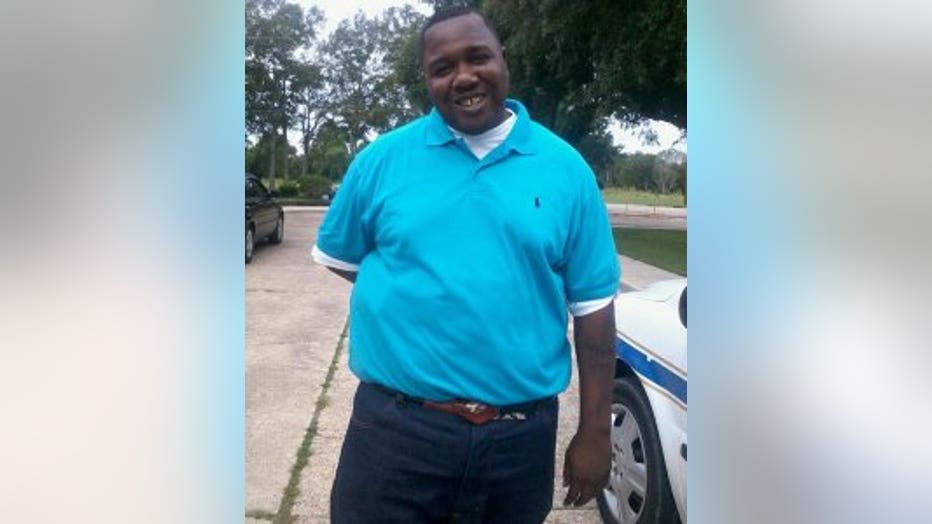 Alton Sterling, 37, was killed by police outside the Triple S Food Mart in Baton Rouge, Louisiana.

The white police officer who shot a black man to death outside of a convenience store pointed a gun at the man's head and threatened to shoot him before they wrestled on the ground, lawyers for the slain man's family said Wednesday.

The new details about the alleged threat were revealed after federal prosecutors announced that they would not file charges against that officer and a second white Baton Rouge officer involved in the deadly encounter with Alton Sterling last summer.

Attorneys for Sterling's family met with federal prosecutors before their announcement and later described the threat to the media. Chris Stewart, an attorney for two of Sterling's sons, said the lawyers learned from U.S. Justice Department officials that Officer Blane Salamoni walked up to Sterling before their fatal confrontation and said: "I'm going to shoot you, bitch."

The deadly confrontation was captured on witnesses' cellphones and shared widely on social media, leading to protests in Baton Rouge. The officers' body cameras and store surveillance also recorded the encounter but those videos have not been publicly released.