NAIROBI, Kenya — Villagers said it started with a loud rumble, then houses collapsed one by one under an approaching wall of water.

"We took our children and rushed to higher ground," farmer Joseph Maina told The Associated Press. Their home was submerged and their crops were washed away but unlike dozens of others, they survived.

At least 44 were dead and another 40 were missing Thursday after a dam swollen by weeks of seasonal rains burst in Kenya's Rift Valley, sweeping away hundreds of homes and sending people fleeing, officials said.

At least 20 of the dead were children.

"Many people are missing. It is a disaster," said Rongai town police chief Joseph Kioko. 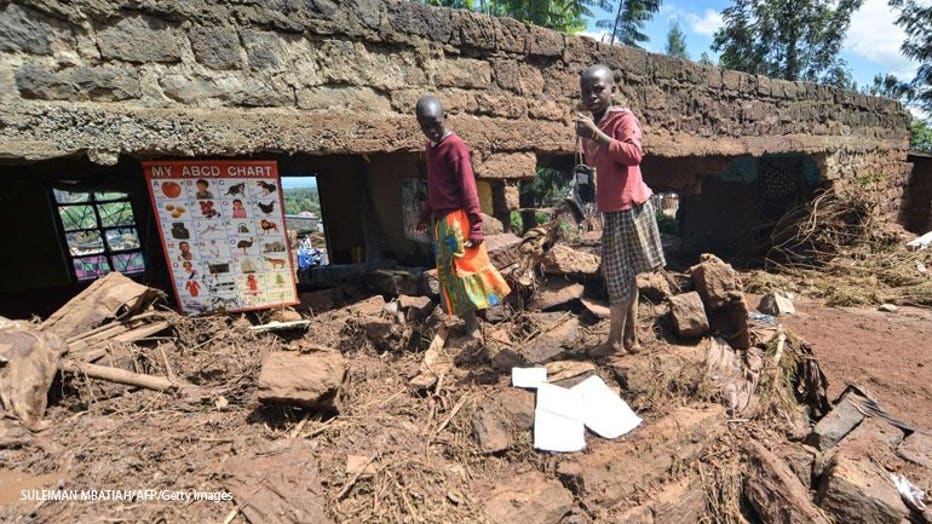 Girls walk next to the destroyed house after the bank of the private Patel dam, used for irrigation and fish farming, burst in Solai, about 40km north of Nakuru, Kenya, on May 10, 2018. - At least 41 people died, 20 of them were children, police said

The bursting of the Patel Dam in Solai, Nakuru County, on Wednesday night was the deadliest single incident yet in the seasonal rains that have killed more than 170 people in Kenya since March. The floods hit as the East African nation was recovering from a severe drought that affected half of the country.

Almost an entire village was swept away by silt and water from the burst dam, said Gideon Kibunja, the county police chief in charge of criminal investigations. Officials said homes over a radius of nearly 2 kilometers (1.2 miles) were submerged.

Forty people have been reported missing, Regional Commissioner Mwongo Chimwanga said, while about 40 others were rescued from the mud and taken to local hospitals. 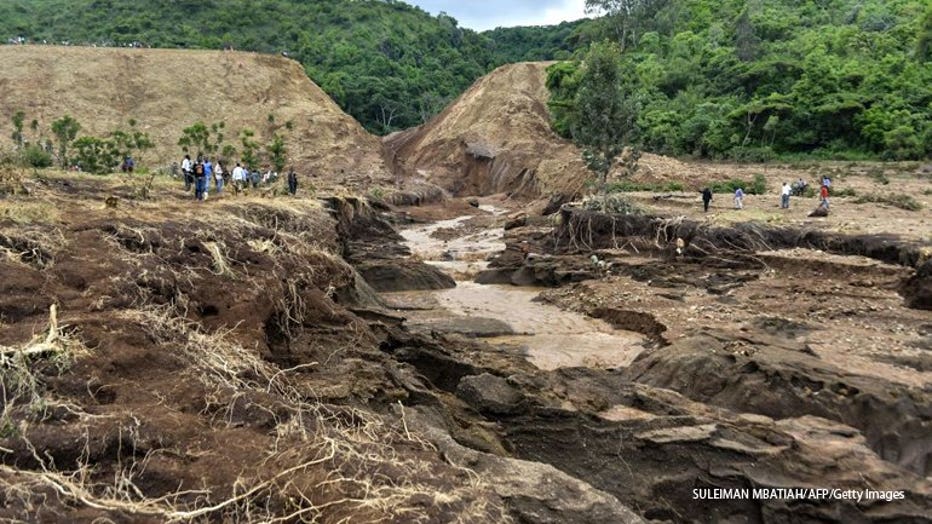 The burst bank of the private Patel dam, used for irrigation and fish farming is seen in Solai, about 40km north of Nakuru, Kenya, on May 10, 2018. - At least 41 people died, 20 of them were children, police said. (Photo by Suleiman Mbatiah / AFP)

The area has seven dams used by a commercial farm, said Keffa Mageni, an official with an advocacy group that helps to resettle displaced people. With the heavy seasonal rains the dams do not have an outlet, he said.

"There are two other dams which are leaking," one resident, Stephen Nganga, said. He asked the government to investigate them for the residents' safety.

Interior Cabinet Secretary Fred Matiangi, visiting the scene, said the government had launched investigations to determine the stability of the other dams. 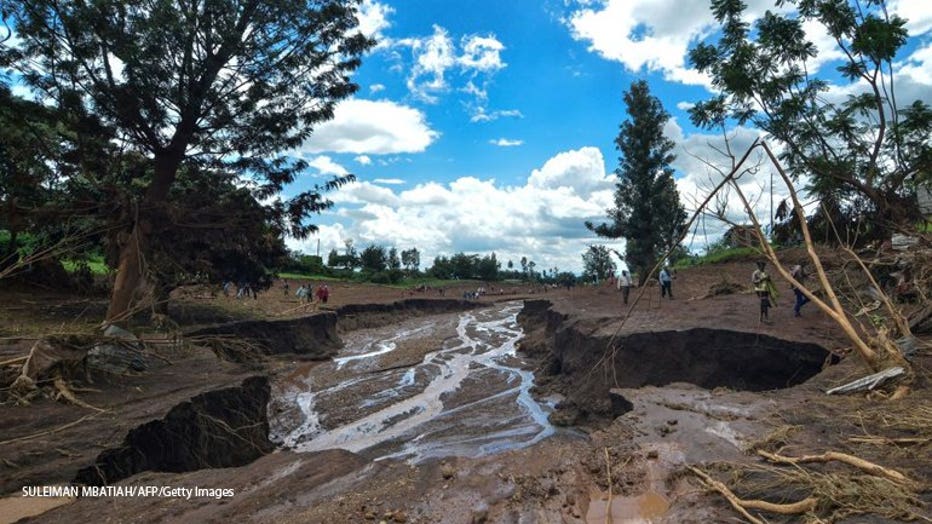 The destroyed area is seen after the bank of the private Patel dam, used for irrigation and fish farming, burst in Solai, about 40km north of Nakuru, Kenya, on May 10, 2018. - At least 41 people died, 20 of them were children, police said. (Photo by

More than 225,000 people in Kenya have been displaced from their homes since March, according to the government. Military helicopters and personnel in the past week have been deployed to rescue people marooned by the flooding.

The dam burst has again raised concerns about the state of Kenya's infrastructure. The National Construction Authority in the past has blamed contractors of bypassing building codes to save on cost.