The vandalism happened across the Village of Union Grove. The Racine County sheriff has ordered extra patrols to try to catch the suspect(s).

"I don't think it's funny. I don't know what these kids are doing," Gary Rasmusson said.

Rasmusson and his wife, Stephanie assessed the damage in their driveway Sunday. 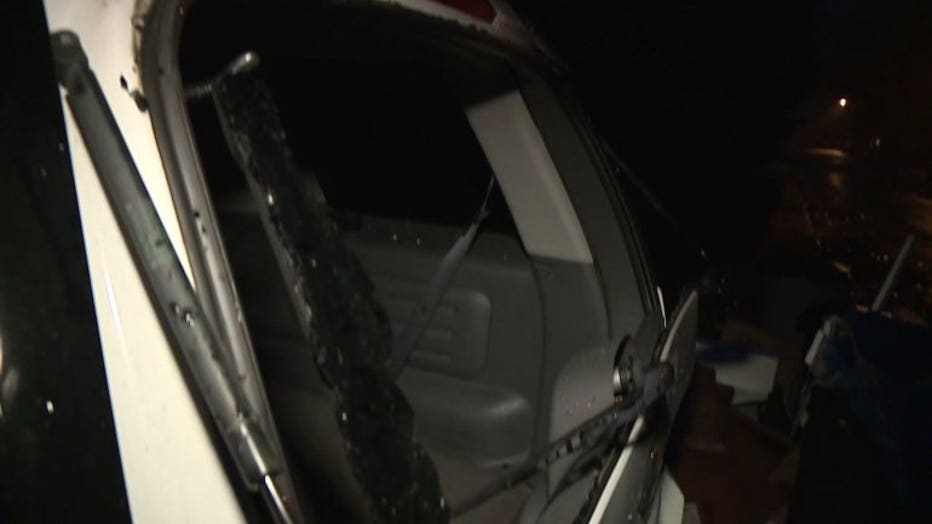 "There was glass everywhere. I just thought, 'oh my gosh this is going to cost us more money,'" Stephanie Rasmusson said. 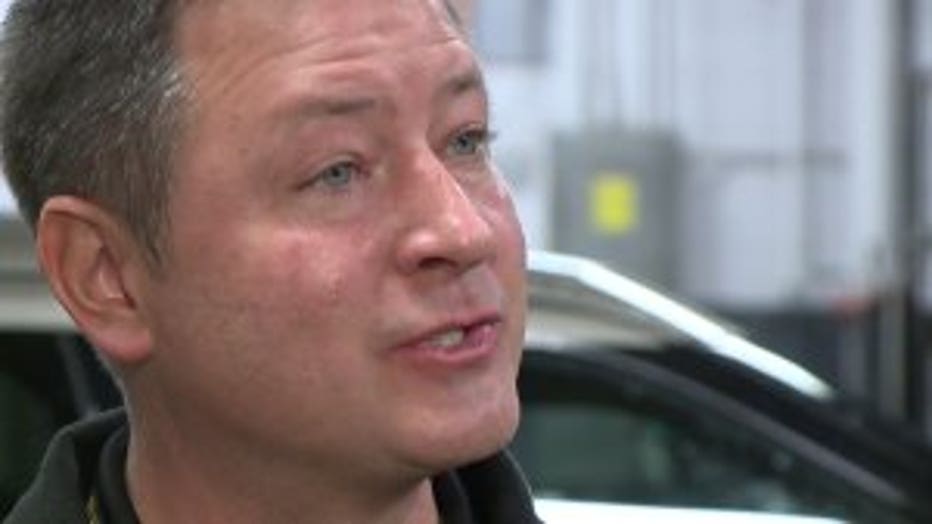 "We do have some tips and leads that are coming in already," Sheriff Schmaling said Sunday.

"When we called, they said they were putting us on the list because there were so many," Stephanie Rasmusson said. 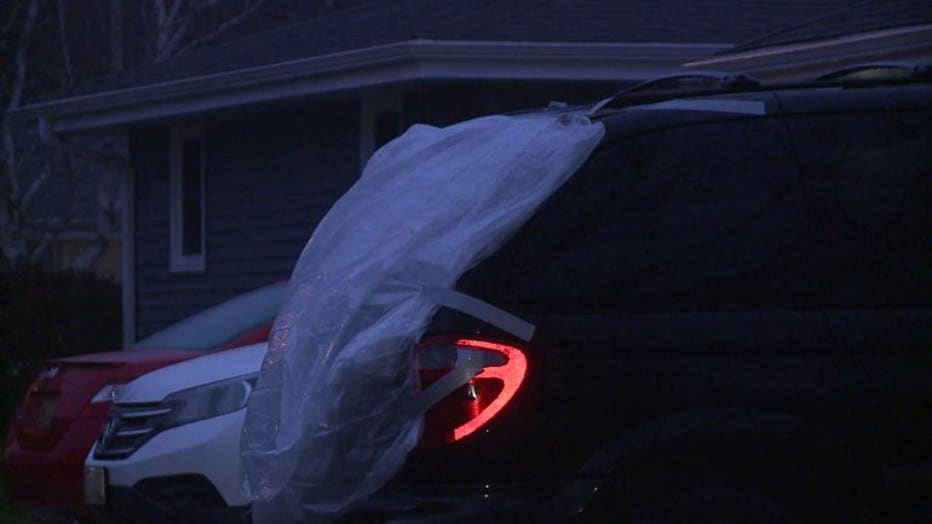 The list grew longer Sunday night as more people realized they, too were hit.

"You knocked at my door and all the sudden I find out my car is broke!" one woman said. 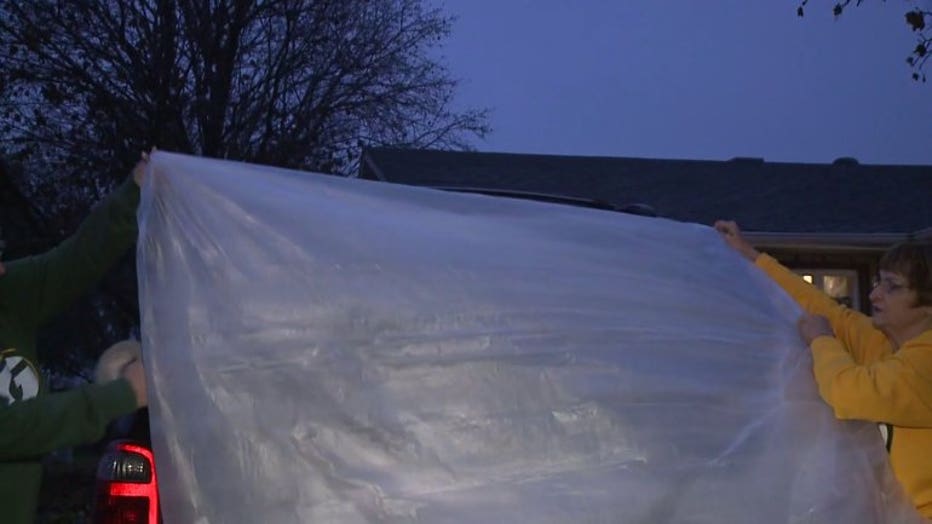 She then added what quickly became a must-have accessory to the back window of her minivan.

"Some very angry people who have nothing better to do," she said of the suspect(s).

Sheriff Schmaling said no one reported anything stolen.

"Theft was not their motivation. It was just vandalism," Schmaling said. 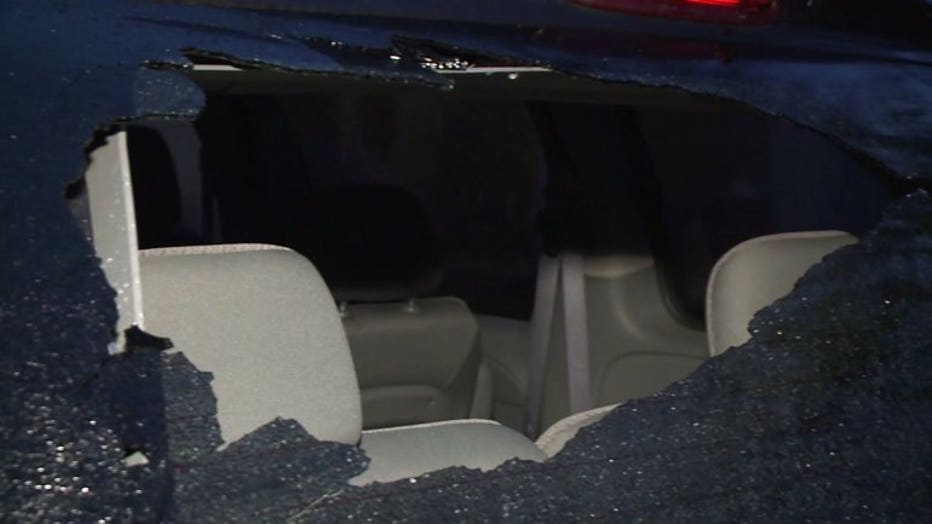 It's unclear whether the suspect(s) were in a vehicle or on foot.

"I'm not trying to stereotype, but when we typically see vandalism to this degree it tends to be teenagers," Schmaling said.

Investigators say most of the crimes occurred between 6:30 p.m. and 7:30 p.m. Saturday. 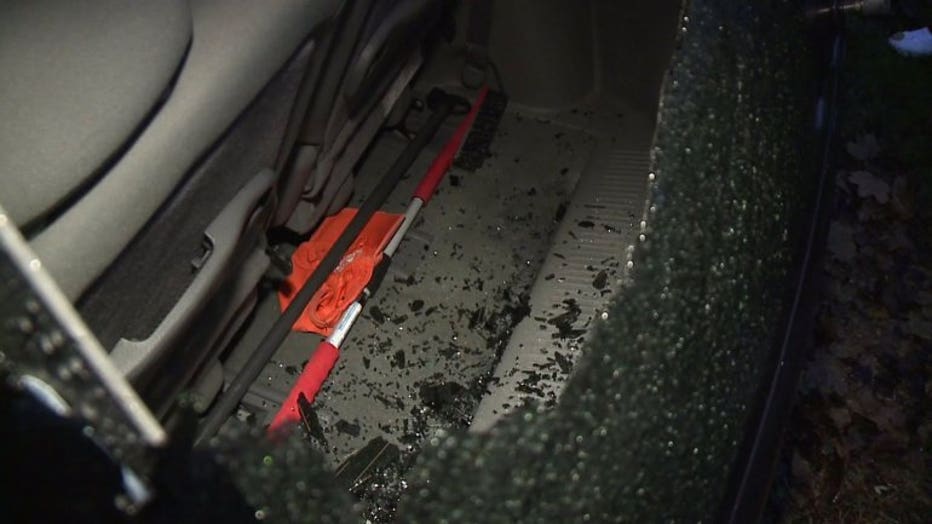 Schmaling asked that parents and teens check social media to see whether whomever may be responsible is bragging about how they left a good chunk of the village picking up the pieces.

"It's disconcerting in this day and age to think that you've got nothing better to do," a victim said.

The Rasmussons said the repairs will cost them about $500. Their deductible is $500 -- so this will be out-of-pocket. This time of the year, that could mean having to cut back on planned Christmas gifts.