LOS ANGELES - An asteroid which NASA estimates may be larger than the Empire State Building is headed in Earth’s direction and expected to pass near our planet on Saturday.

While NASA’s Jet Propulsion Laboratory (JPL) may have labeled asteroid, named 163348 (2002 NN4), a “potentially hazardous asteroid” due to its predicted proximity to Earth, the celestial planet killer will actually keep a distance of over 3.1 million miles when it passes. 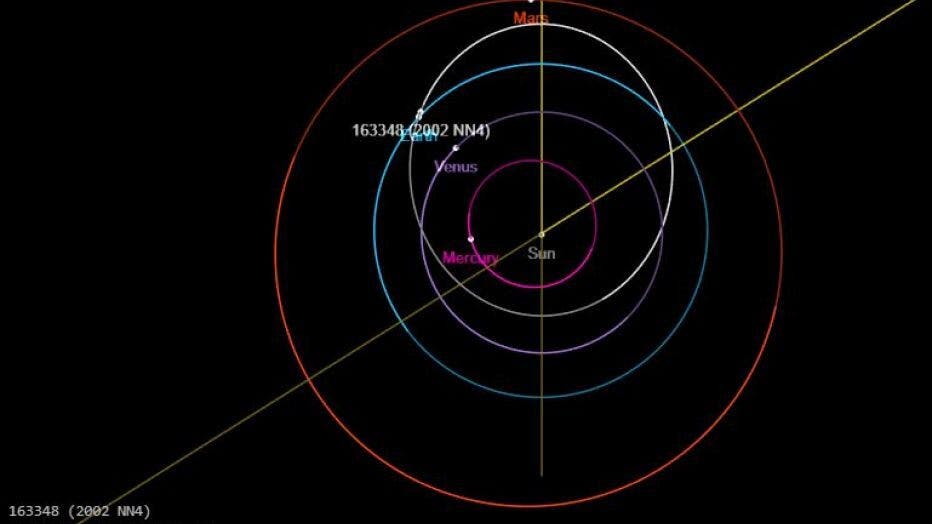 According to SpaceReference.org, 2002 NN4 is a relatively small-sized space rock, measuring between 0.254 and 0.568 kilometers in diameter. New York’s Empire State Building is approximately 0.4432 kilometers in height.

2002 NN4 is small in “absolute terms,” compared to other asteroids like (52768) 1998 OR2 which passed by Earth in April this year coming in at over 6,500 feet and passing Earth by nearly 4 million miles away, according to Smithsonian Magazine.

But 2002 NN4, which is labeled as an Aten-class Asteroid, meaning it is among a class of asteroids with an orbit around the Sun that could bring it in close proximity with Earth, is still larger than 90 percent of asteroids.

There are currently an estimated 1,679 Aten-class Asteroids in a database of 945,994, according to Spacereference.org.

NASA continuously tracks asteroids and comets that are expected to make relatively close approaches to Earth, offering a widget that displays the next five Earth approaches to within 4.6 million miles (7.5 million kilometers or 19.5 times the distance to the moon).

NASA says that an object larger than about 150 meters (492 feet) that can approach the Earth to within 4.6 million miles is deemed a potentially hazardous object.