MADISON -- Assembly Republicans rolled out their plan to to fund roads for the two years during a press conference on Thursday, May 4th. The plan aims to build and maintain roads without borrowing the $500 million proposed by Governor Scott Walker in his proposed budget. 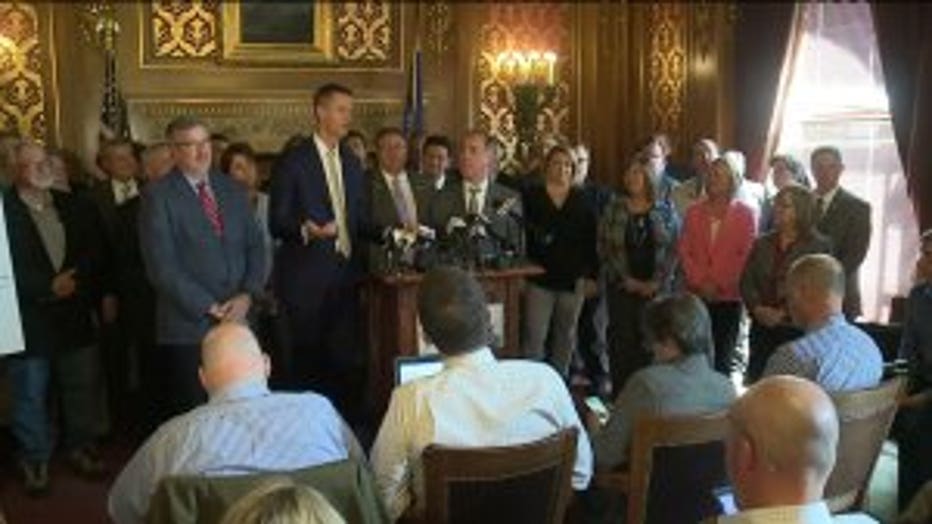 Walker has told lawmakers he will not sign off on a plan that raises taxes. The Assembly GOP plan calls for applying the state sales tax to gas; it currently does not. That would generate an additional 12 cents per gallon and $660 million over the next two-year budget according to the nonpartisan Legislative Fiscal Bureau. To offset that increase, the plan would reduce the gas tax by five cents per gallon. It would also lower the minimum mark-up charged at the pump from 9.16% to three percent. 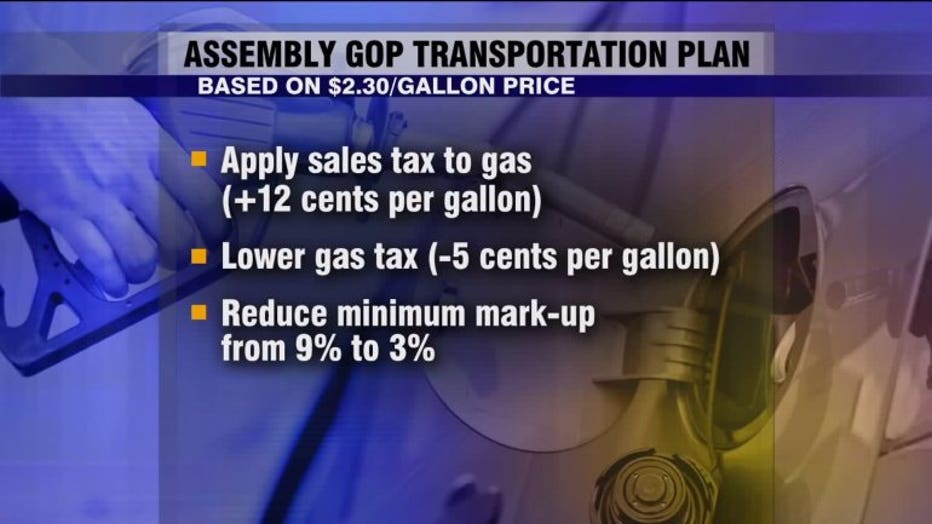 "With the minimum mark-up law, we think it's about a neutral effect," said State Rep. Dale Kooyenga (R - Brookfield). Supporters say altogether, it will not affect how much people pay at the pump. But it will generate an extra $300 million over the next two-year budget -- reducing borrowing for road building from $500 million to $200 million. 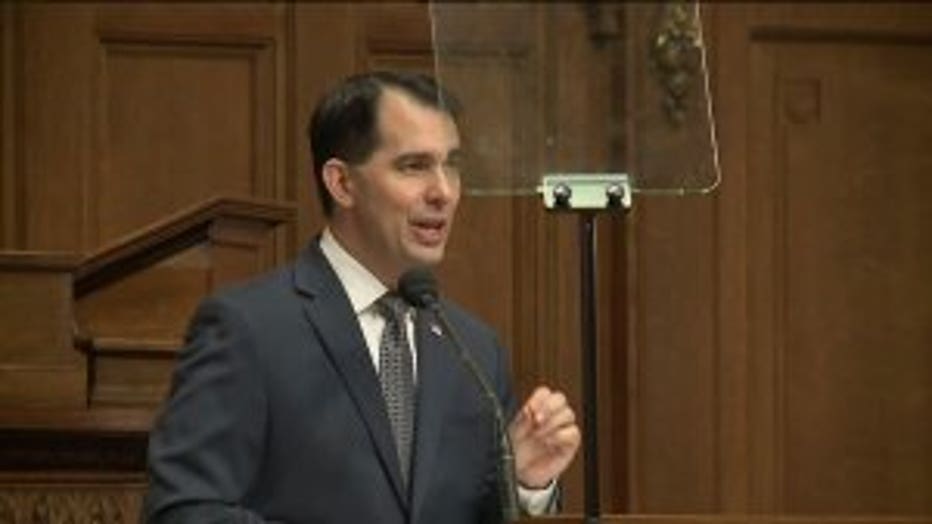 Gov. Walker, however, has said he will veto a plan that raises gas taxes. "The net tax will be higher. I'm not trying to be cute about that," Kooyenga said. Kooyenga is hopeful this will work for the governor since the increase comes from removing the sales tax exception for gas. "It puts more tax on the item, but it's not a tax increase," Kooyenga said. 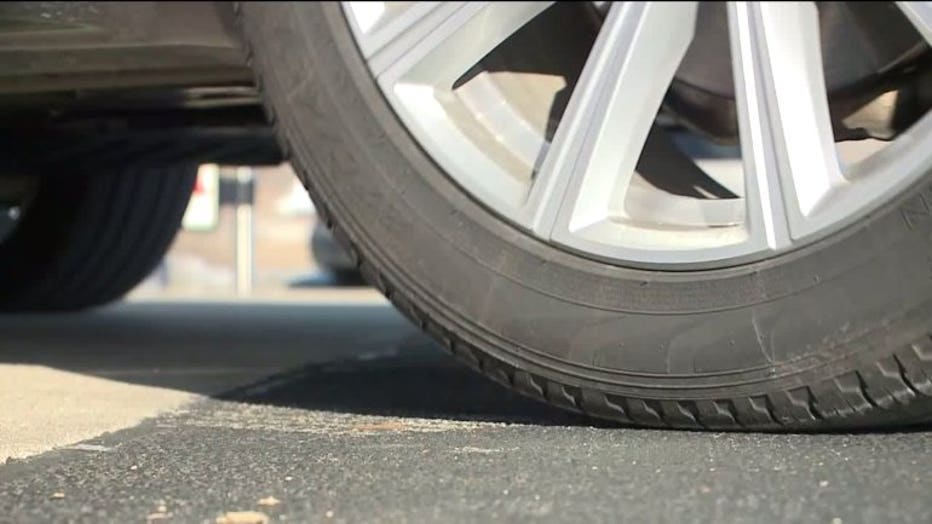 Democrats have called for a bipartisan commission to come up with a joint solution. Assembly Speaker Robin Vos says Democrats had their chance. "It doesn't seem like it's all that helpful at this point. I have not seen a proposal that they put out," Vos said. 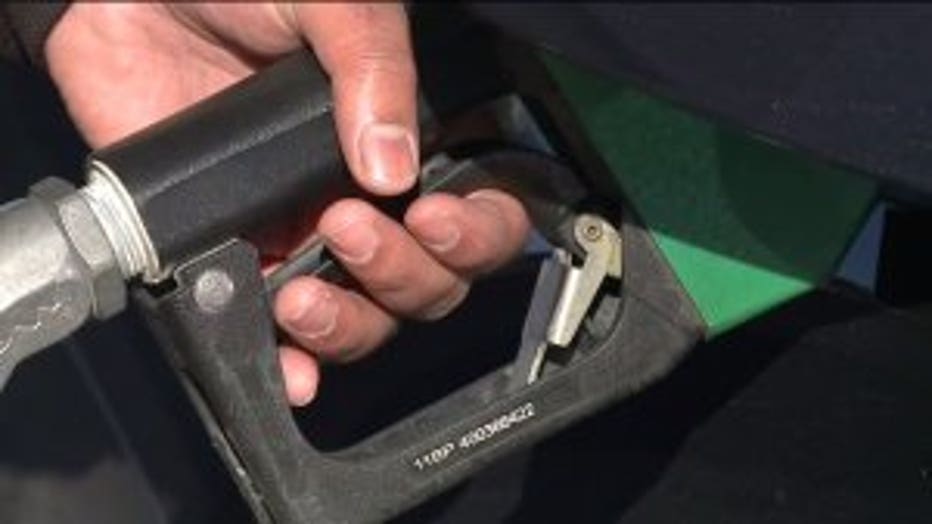 Assembly Minority Leader Peter Barca says the proposal is simply not the solution. "I can say with complete confidence that if this is the plan come July 1 when we pass a new budget, we'll be in the exact same spot we've been in, where roads will continue to deteriorate and it'll cost taxpayers more money," Barca said. FOX6 News asked Gov. Walker's office for a response to the Assembly GOP plan, but have not yet heard back. A "volatile" approach? Following Thursday's press conference, we asked Kooyenga if the plan assumes additional risk because transportation revenues would be more closely tied to the often-changing price of gas. The Brookfield Republican said gas prices are already a key variable in the minimum mark-up. "We’re replacing the volatility of the minimum mark-up law with the sales tax," Kooyenga said. The Legislative Fiscal Bureau is not so assured, noting "volatility in price is especially a concern when the tax is applied to a limited number of items as would be the case under the proposal." The LFB goes on to state such volatility could make budget-making more difficult in the future because it would be harder to project gas tax revenues. "For example, if average gas prices were $0.50 cents per gallon below forecasted prices, estimated revenues from the 5% state sales tax would be lower by $55.0 million in 2017-18," the report said.A dramatic tax overhaul The plan is called "The Road to a Flat Tax." Under the proposal, state income tax rates for the three highest tax brackets would gradually decrease over a 12-year span. By 2030, every Wisconsin earner would pay a 4% state income tax. Right now, there are four separate brackets: 4%, 5.84%, 6.27%, and 7.65%. The Legislative Fiscal Bureau estimates this would blow a multi-billion dollar hole in the general fund over the next decade. Assembly Republicans say the revenue losses will be offset by reduced and eliminated tax credits. The LFB memo estimates the credit changes would hardly put a dent in the lost revenue. Barca said the flat tax proposal amounts to nothing more than a massive tax cut for the rich. "What their tax plans have been consistently over the last six years is to lower the taxes on the very wealthy," Barca said. Kooyenga said the saved income tax money will be spent in local economies while encouraging aging residents to retire in Wisconsin. "No matter what we do on taxes, I always hear the same criticism and my experience is guys at my church – I wanna keep them here, I want to keep them in our community, I want their money to be spent at the local store, I want them to donate to local charities," Kooyenga said. Much more to the plan The proposal also eliminates the wheel tax in communities that did not approve one before April 1st. That would affect one place -- Milwaukee County. The plan also calls for a complete repeal of the prevailing wage - essentially, a minimum wage - for state construction projects. Assembly Republicans also include plans to approach federal authorities for permission to explore the creation of toll roads in Wisconsin. Kooyenga, one of the main architects of the proposal, says he doesn't necessarily support tolls but says it will more difficult to find transportation revenue sources as cars become more fuel efficient. "What we’re asking the federal government for is allow us to talk about this because, as we look at a 10-year, 15-year, 20-year plan on transportation, I think we need to talk about issues like this," Kooyenga said.