MILWAUKEE -- We saw a white Christmas Eve officially in Milwaukee, with an inch of snow falling Sunday, December 24th at General Mitchell International Airport. After the snow, comes the bitter cold! A wind chill advisory takes effect at 6:00 p.m. on Christmas for parts of SE WI, and continues until noon on Wednesday. A group that helps the homeless prepared Sunday to open an emergency warming shelter on Christmas. Others worked to get coats, hats and gloves to those in need. 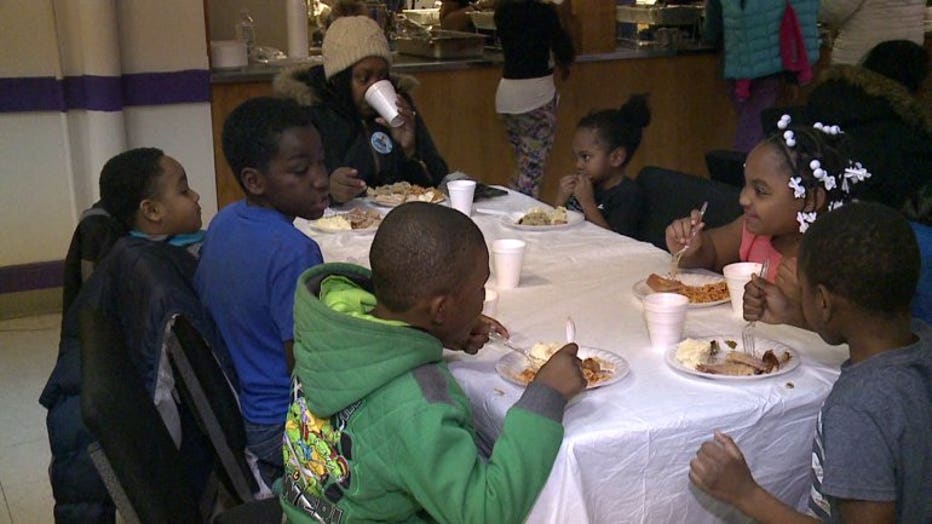 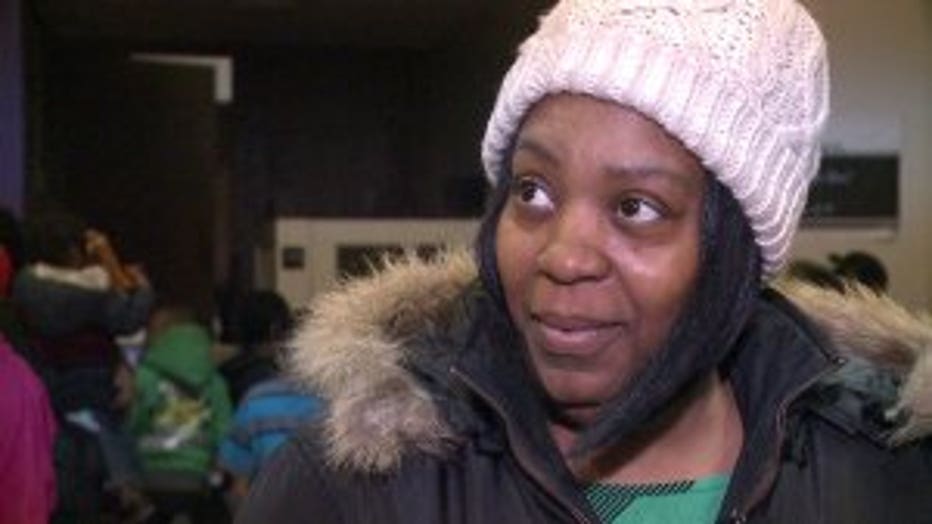 Makeca Eubanks, along with her nephews and grandchildren, were among those invited in from the cold in Milwaukee's Harambee neighborhood, to enjoy a warm meal on Christmas Eve.

"I just brought me and my family down to enjoy the festivities and just, you know, be in the Christmas spirit," Eubanks said.

Eubanks quit her job this fall, when her mom was diagnosed with cancer. She said she's thankful to the groups that hosted the Christmas Eve meal. 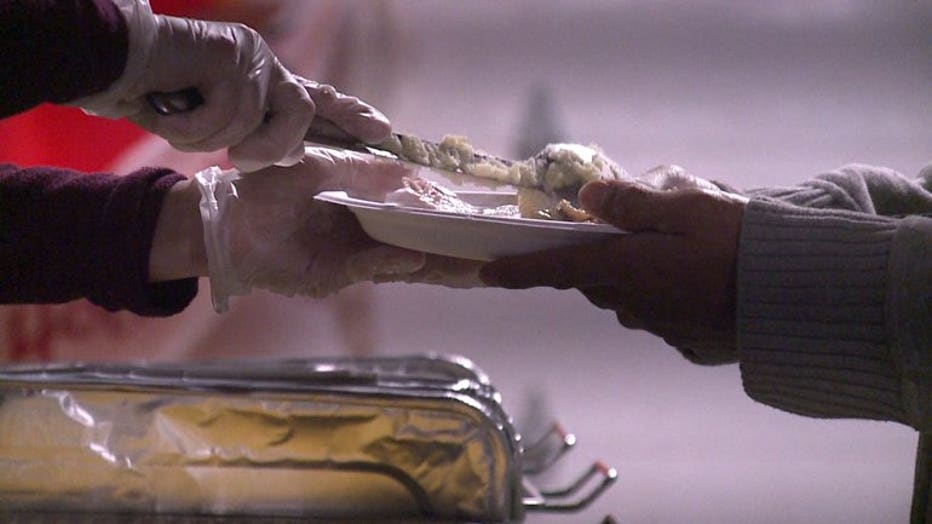 "I'm here for my children. I have to stay in that Christmas spirit because I don't want them to know how hard it is," Eubanks said.

Everyone who came got to pick out a coat, hat and gloves for their kids. 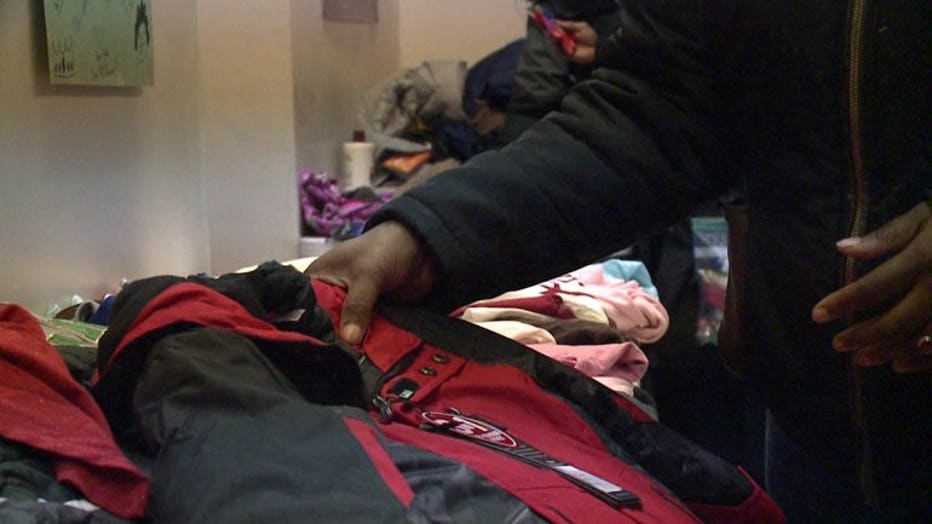 Coats, gloves and more handed out during Christmas Eve meal in Milwaukee 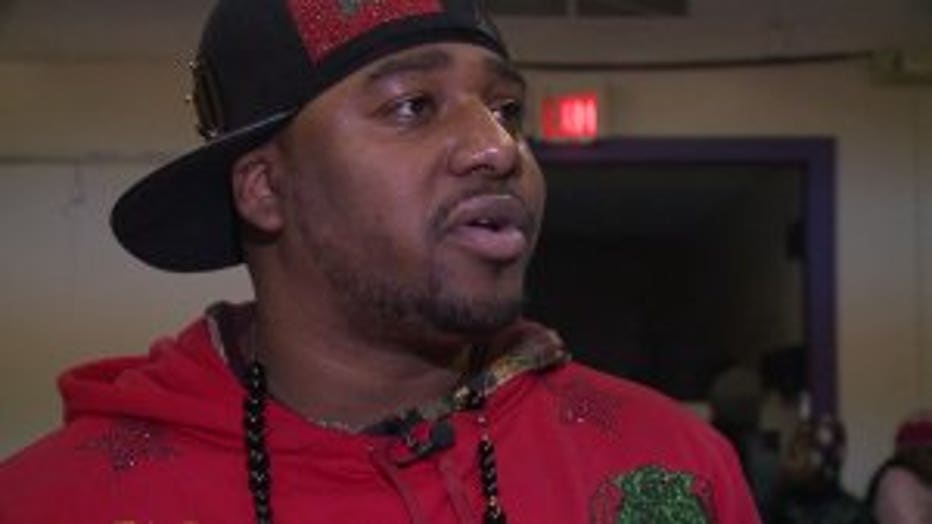 "We have children as well. We don't want our children to freeze, so we definitely don't want your child to freeze," Vaun Mayes, community activist said.

That was also on people's minds in Wauwatosa -- where the Street Angels Milwaukee Outreach hosted a Christmas party for the homeless.

"Typically we go out on the streets on Sunday. Being Christmas Eve, we wanted to bring them indoors and give them a nice little Christmas party," Eva Welch with Street Angels Milwaukee said. 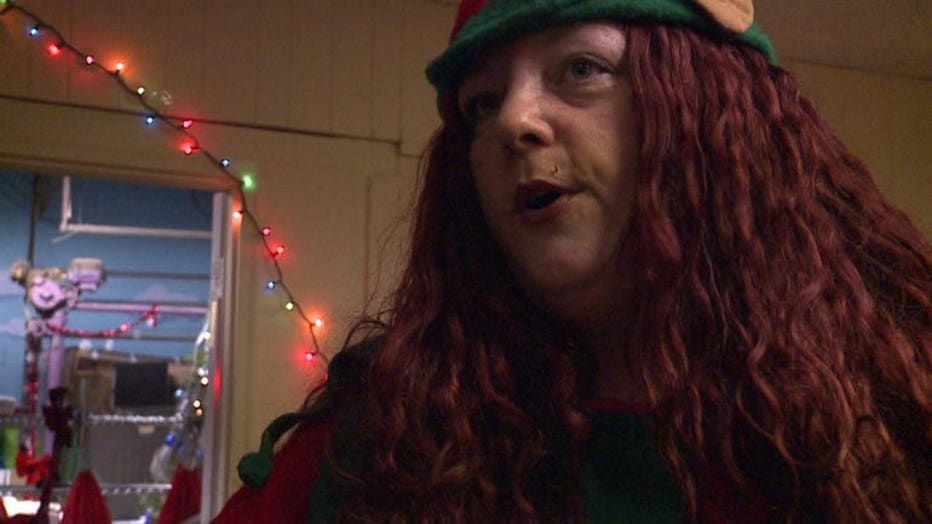 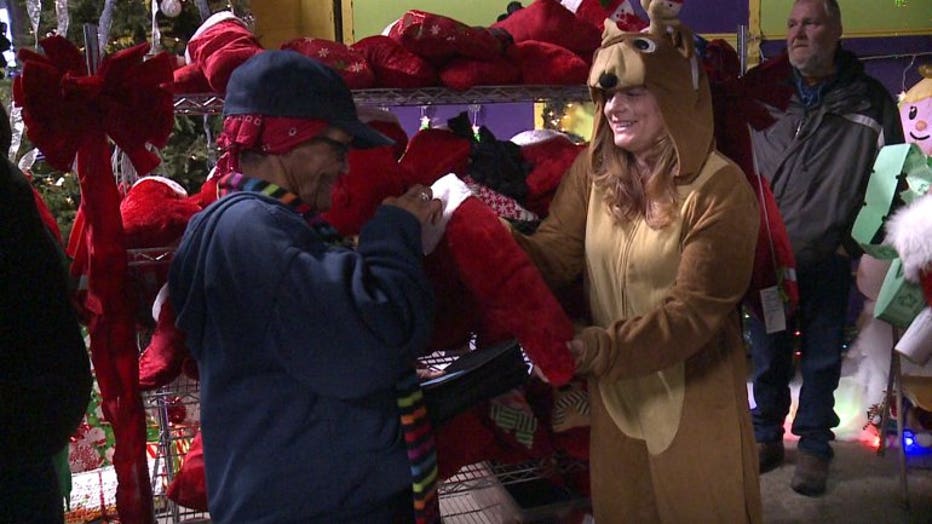 Christmas gifts for the homeless in Wauwatosa on Christmas Eve

Welch said they plan to keep it going on Christmas -- delivering 150 stockings to kids staying in Milwaukee shelters.

Those on the receiving end were thankful, whether they needed a lot of help or just a little.

"Coats is expensive! But I'm glad they're doing this for families in need," Eubanks said. 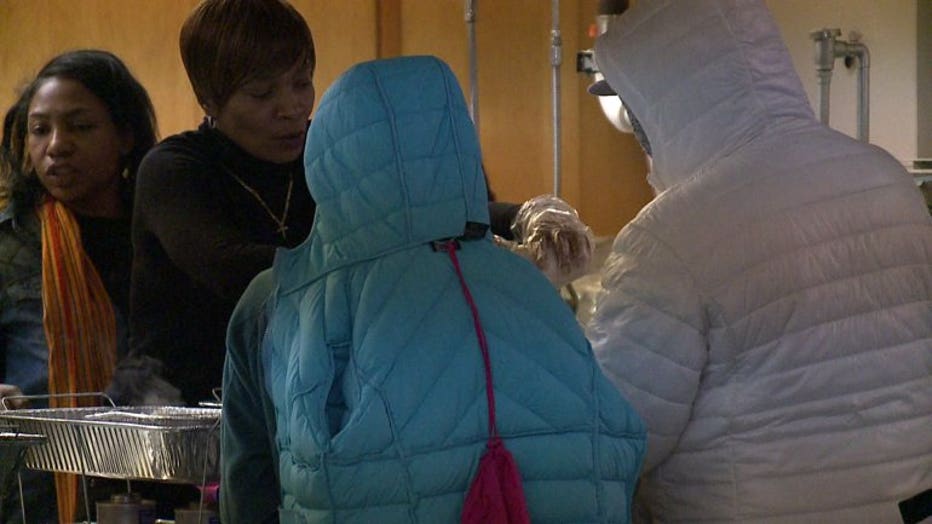 If the temperature falls below 10 degrees on Christmas, Street Angels Milwaukee Outreach will open an emergency warming station at Ascension Lutheran Church near S. Layton and W. Scott from 7:00 p.m. until 7:00 a.m.