Archbishop Listecki is a veteran, having served as chaplain in the U.S. Army Reserves for 20 years, retiring as a lieutenant colonel.

A patriotic ceremony followed the Mass. Tom Ludka, a veteran of the U.S. Marines and of the Wisconsin Air National Guard, was the keynote speaker for that ceremony. Also featured was West Allis teacher Nic Bur, who portrayed President Abraham Lincoln. A rifle salute was also fired by American Legion Milwaukee Police Post 415. 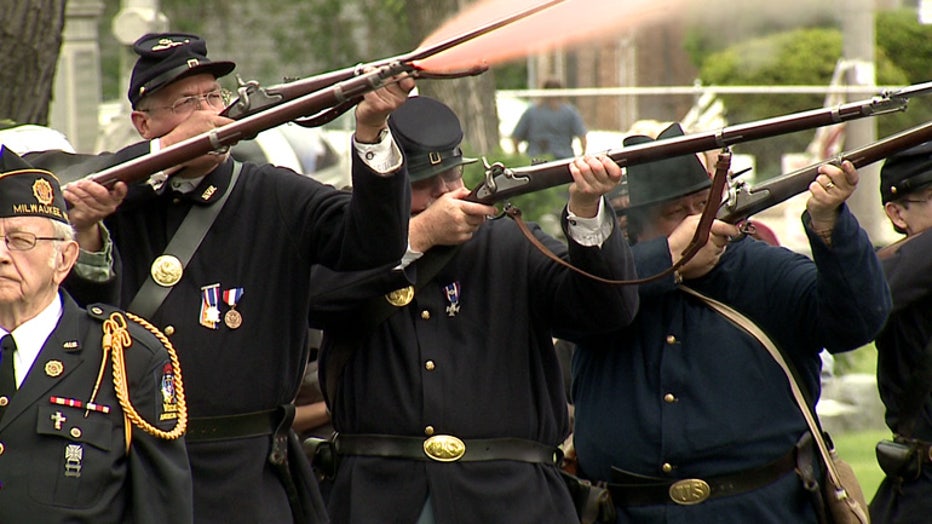 Calvary Cemetery, at 5503 W. Bluemound Road, is an Archdiocesean cemetery that dates to 1845. It holds the graves of more than 200 Civil War veterans, including two who received the Medal of Honor.