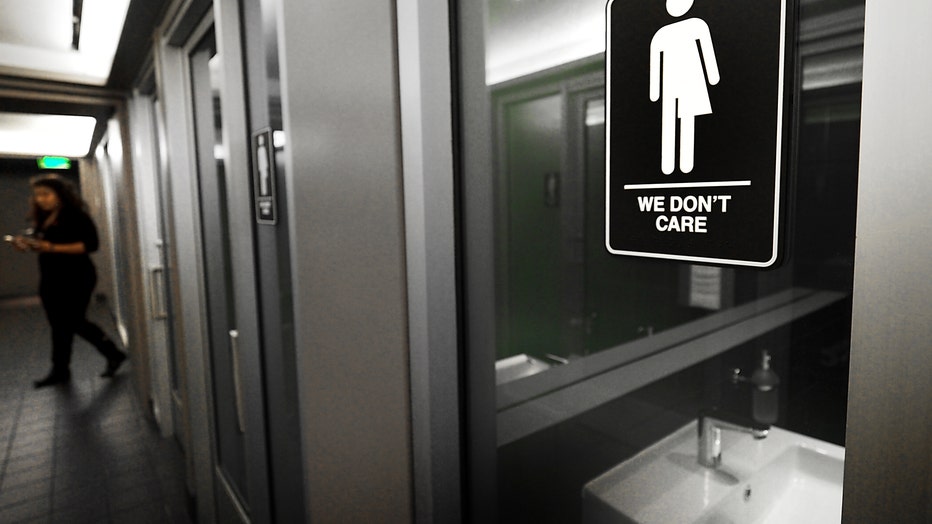 An ‘underestimation of the law’s true costs’

The figure, produced by the Associated Press, is the expected cost of lost business because of H.B. 2. The law bars transgender people from using the bathrooms/locker rooms that match their gender identities instead of those matching their biological sex. As the first bill of its kind signed into law in the U.S., H.B. 2 was widely condemned.

The AP admits its count is likely an “underestimation of the law’s true costs,” as it was limited to data from businesses regarding projects pulled or relocated because of H.B. 2. Conventions, sporting events, and concerts were also included.

Supporters of the law in state government have maintained that North Carolina’s economy, the 9th largest in the country, would not be affected by H.B. 2’s enactment. “The effect is minimal to the state,” Lt. Governor Dan Forest reportedly told Texas legislators, who are mulling over S.B. 6, a similar law, this month. “Our economy is doing well. Don't be fooled by the media.”

Bathroom bills are popping up elsewhere

The consequences of H.B. 2’s passage in March 2016 were almost immediate. In the first weeks after former Governor Pat McCrory signed the bill, which also overturned local nondiscrimination ordinances, Paypal and Deutsche Bank canceled planned expansions in the state.

Afterward, the National Collegiate Athletic Association pulled all seven of its championship games from North Carolina, costing the state an estimated $2 million. Later that year, the state lost an estimated $100 million because of the National Basketball Association’s decision to move its February 2017 All-Star Weekend elsewhere.

“Bathroom bills” have been introduced more frequently in the last few years, the National Conference of State Legislatures notes. (The organization tracks “bathroom bill” legislation.) In the 2017 legislative session alone, the group counts 16 statesthat have introduced similar bills. Because state legislative sessions are ongoing, LGBT advocates told Tribune Media earlier this year that these bills may continue to pop up.

At the state level, “bathroom bills” can be political poison pills. Pat McCrory, North Carolina’s former governor, lost his re-election campaign in November; some blame H.B. 2 for his defeat. Since leaving the governor’s mansion, he also says the bill has made employers “reluctant to hire” him.

In Texas, looming bathroom bill battle likened to the Alamo

While Monday’s analysis quantifies the likely economic impacts of these anti-LGBT bills, it probably won’t affect their introduction; some state politicians, like Texas Lieutenant Governor Dan Patrick, claim they are “common sense” legislation.

Texas is the next battleground: the campaign to pass S.B. 6 has recently ratcheted up, most recently with Patrick’s attempt earlier this month to get religious leaders behind the bill. He’s even likened the upcoming fight to the battle of the Alamo. Patrick also said there is “no evidence whatsoever” that passing the bill would have an economic impact on the state, dismissing contrary reports as “fear-mongering.”

But several companies have voiced their opposition, including IBM, Apple, Samsung, and Intel, as has a trillion-dollar coalition of global investors. Texas has the second largest economy in the U.S., and it’s apparent the state could see significant economic impacts if S.B. 6 becomes law.