MILWAUKEE (WITI) -- We saw more than a dozen crashes this Memorial Day weekend in southeastern Wisconsin -- and seven of them were fatal. Several of the fatal crashes involved motorcycles. With that in mind, representatives with the Wisconsin Department of Transportation worked to encourage safe riding on Memorial Day.

The Wisconsin State Patrol has a goal called "Zero in Wisconsin" -- as in zero deaths on the road.

But since last Thursday, May 21st, three motorcycle riders were killed in the Milwaukee area.

Milwaukee Alderman Joe Dudzik was killed late Thursday when his motorcycle struck barricades warning of a construction site near 76th and Morgan. Dudzik flew off the bike and landed 75 feet away. He died at the hospital. Authorities say he was not wearing a helmet.

A 35-year-old woman who was a passenger on a motorcycle and not wearing a helmet according to officials died at the hospital following a crash near 60th and Fairmount. It happened just before 7:00 p.m. on Saturday, May 23rd. The motorcycle's driver, a 35-year-old man was hurt. He was wearing a helmet.

The 56-year-old driver of the vehicle involved in this crash was taken to the hospital for treatment.

Officials say the motorcycle struck the vehicle after the vehicle pulled out from a stop sign on Fairmount.

We're told the speed of the motorcycle was a factor in this incident.

Then on Sunday evening, May 24th, a 56-year-old man died in a motorcycle crash on Janesville Road in Hales Corners.

Police say the man was operating a motorcycle traveling westbound on W. Forest Home Avenue when he left the roadway and crashed.

The man died at the scene. He was not wearing a helmet.

Learning a skill takes time and practice -- whether it's keeping a beat or riding a bike.

Behind the band in Zeidler Park Monday, Peggy Drinsinger was on a practice run herself. But she wasn't marching in the parade. She was driving -- pulling "The REF," a rider education facility. It is a full-sized trailer outfitted with two motorcycle simulators. "You've got to be breaking and clutching and looking all around. It's a lot of work. It's an eye-opener," Drinsinger said.

Drinsinger has been touring the state -- meeting riders and testing their skills. The simulator takes riders through numerous scenarios. Drinsinger has been riding for 30 years, and she's lost friends and fellow riders in accidents. 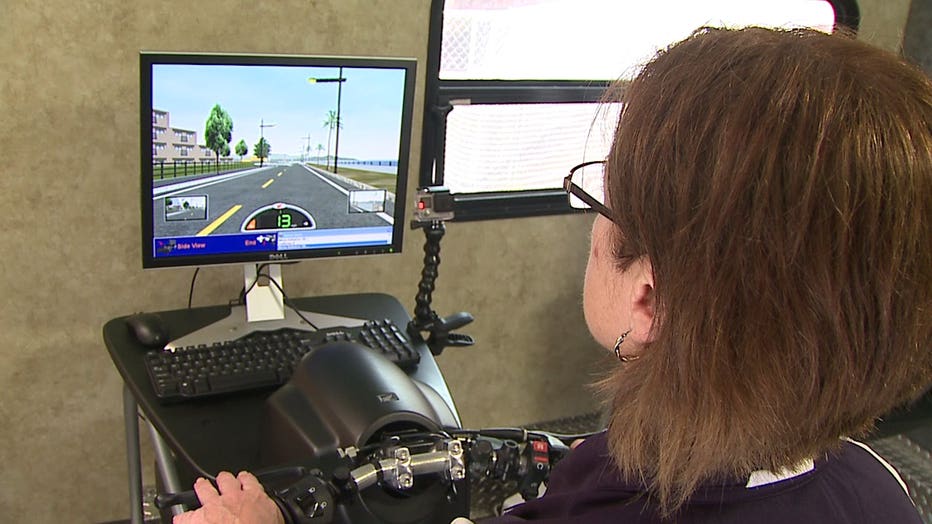 "A lot of people -- they haven't ridden for a long time without a helmet and then something happens and then they start wearing a helmet again which is a sad way of getting you to wear a helmet," Drinsinger said. 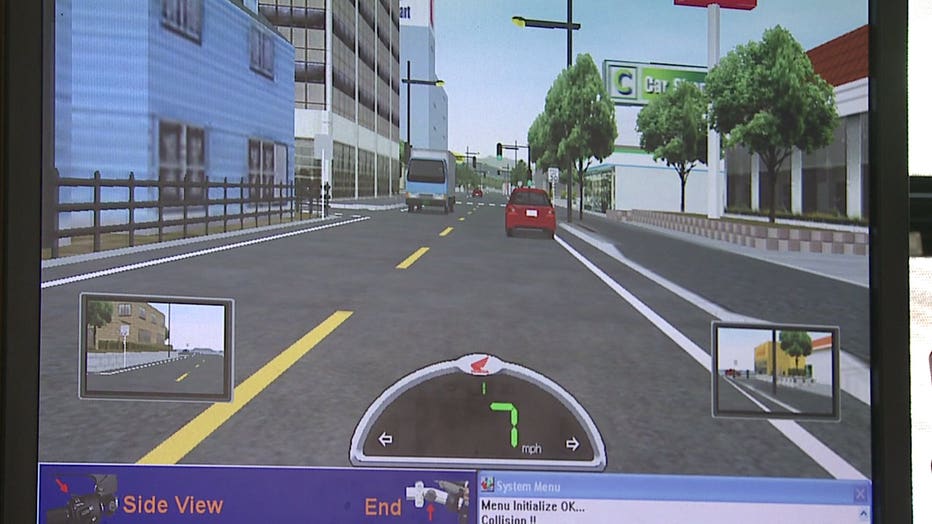 But without helmets, achieving a goal like "Zero in Wisconsin" may not be possible.

Two people who were on a motorcycle had to be taken to the hospital via Flight for Life last Friday night, May 22nd following a crash at 56th and Sheridan in Kenosha. Authorities say it is not believed either of them was wearing a helmet.