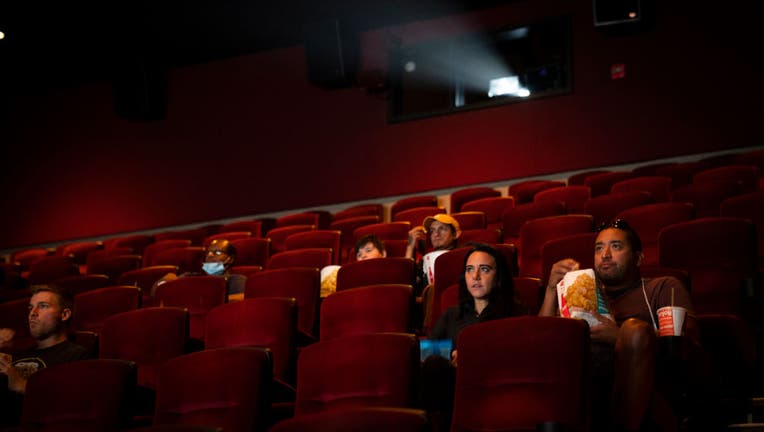 LOS ANGELES - Coming soon, to an AMC theater near you: an exclusive private showing.

On Tuesday, the cash-strapped theater chain launched its Private Theatre Rentals program nationwide after its initial test program in October garnered interest from 110,000 moviegoers, which more than quadrupled AMC theater rental requests in all of 2019.

The uptick in interest marks a positive sign for the country’s largest movie theater chain, which is still trying to recover after its theaters were shuttered for months to stem the spread of the coronavirus.

In its latest bid to survive, AMC is now allowing guests to book a private showing for up to 20 people at any of its 600 theaters around the country for a starting price of $99.

For new releases such as "Tenet" or "The War with Grandpa" prices start at $149 plus tax, up to $349 plus tax, depending on location and theater, AMC said. The cost covers up to 20 tickets but doesn't include food or beverages.

As customers head back to theaters, AMC says its program will "stringently enforce" the company's Safe & Clean policies and protocols. This includes mandatory masks and appropriate social distancing within the auditorium, according to AMC. Depending on state and local directives, some theaters may limit the guest count to fewer than 20 guests.

The company faced a significant financial hit after local governments discouraged large gatherings to stem the spread of the coronavirus. Although AMC started bringing back customers in August, the company disclosed last month that it was at risk of running out of cash by year's end if it isn't able to bring back movie fans or raise additional funds, the Wall Street Journal reported.

By Sept. 30, AMC had already resumed operations at 467 domestic theaters with limited seating capacities of between 20% and 40%.

“The magnitude of the impact of the global pandemic on the theatrical exhibition industry was again evident in our third quarter results, as theater operations in the U.S. were suspended for nearly two-thirds of the quarter," AMC CEO Adam Aron said in a statement.

Consumers can book private showings online or by using the AMC Theatres mobile app. However, rentals must be made at least one day in advance "and are subject to availability at the theatre," AMC said.