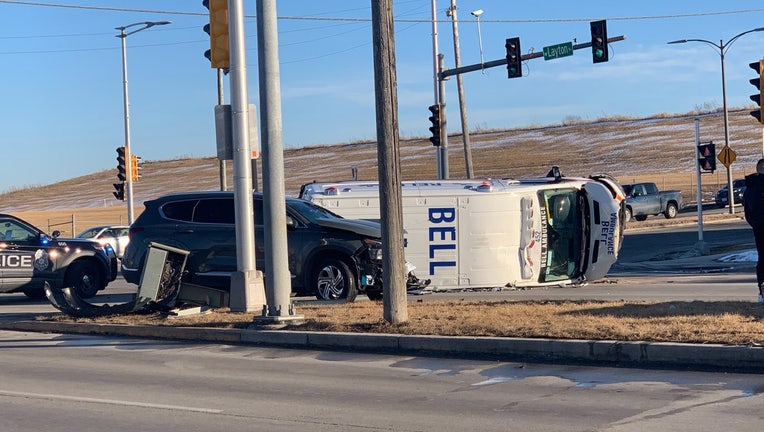 MILWAUKEE - Milwaukee police are investigating a crash that involved a Bell Ambulance and two other vehicles at 20th and Layton on the city's south side on Monday, Feb. 28.

The wreck happened around 3:40 p.m. Milwaukee police say a vehicle collided with the ambulance that was on an emergency – operating with its lights and siren. The im]pact of the collision caused the ambulance to roll over onto its side – and strike a third vehicle.

Viewer video of crash at 20th and Layton

Tyler Otw shared with FOX6 News this video of a crash involving a Bell Ambulance and other vehicles at 20th and Layton in Milwaukee.

The driver of the striking vehicle was cited. He suffered non-fatal injuries.

The occupants of the ambulance were extricated from the ambulance. All three suffered non-fatal injuries. All the injured parties were transported to a hospital for treatment. 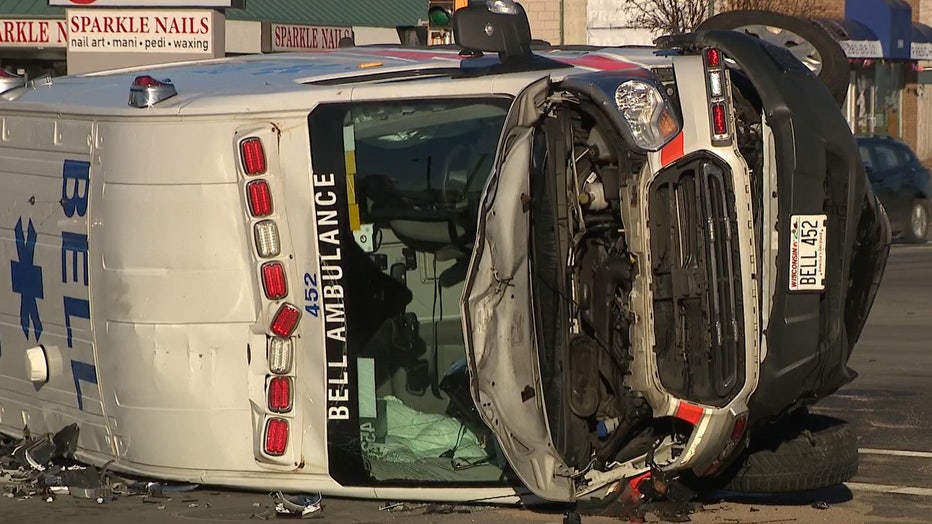 The occupants of the third vehicle were not hurt. 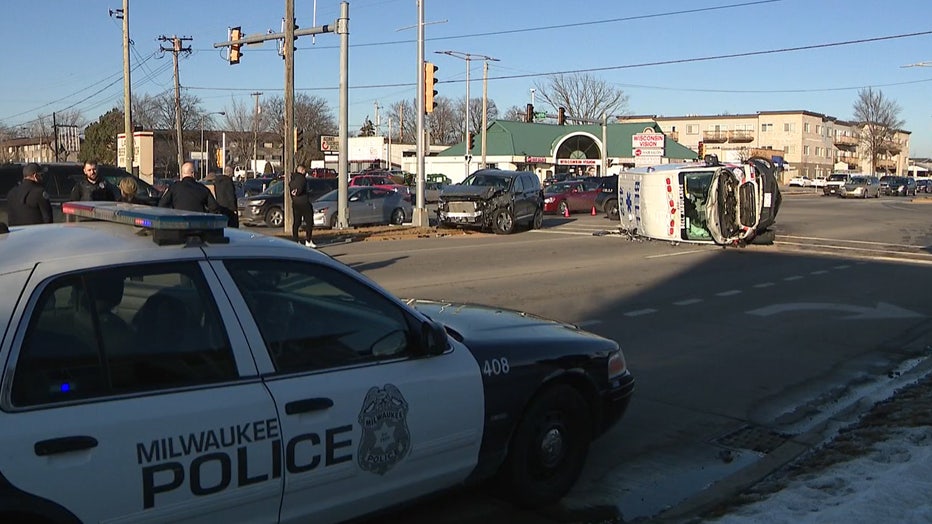