WAUWATOSA, Wis. - Kimberley Motley, the lawyer representing the family of 17-year-old Alvin Cole who was shot and killed by Wauwatosa police officer Joseph Mensah, will hold a news conference on Friday, Oct. 23 over recent protests in Wauwatosa.

Members of the Cole family were among those arrested Thursday, Oct. 8 during protests. Motley says she believes several people were attacked, ticketed, and targeted by Wauwatosa police while curfews were in effect.

The protests came after the district attorney did not pursue criminal charges against Officer Joseph Mensah in Alvin Cole's death. Cole was shot by Wauwatosa police in February.

The family and attorney not only questioned the validity of the curfew that was set but also the actions by police which they say sent two of Alvin Cole's family members to the hospital.

Motley said four of Cole's family members were ripped out of their vehicle while peacefully protesting the district attorney's announcement that charges will not be filed against Officer Joseph Mensah for the death of Alvin Cole. 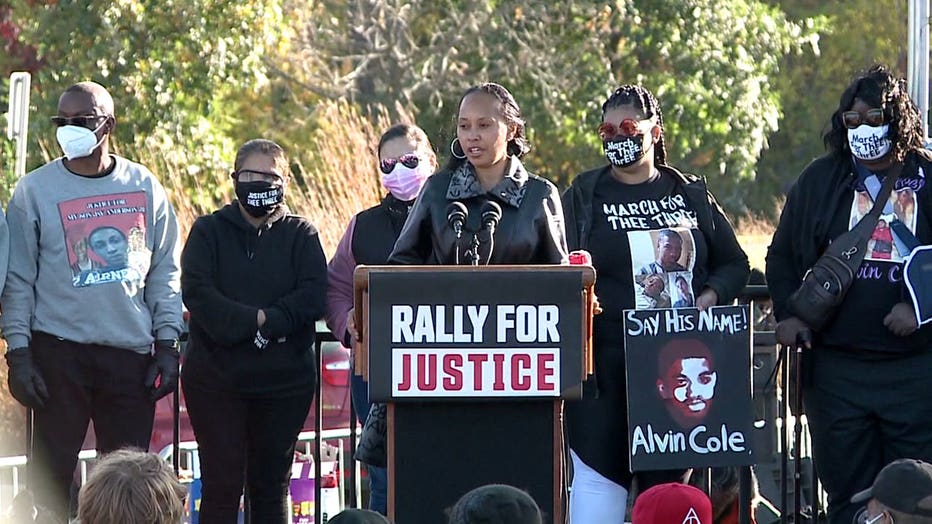 The Wauwatosa Police Department on Friday, Oct. 9 posted on its Facebook page a list of corrected "rumors" regarding the incidents.