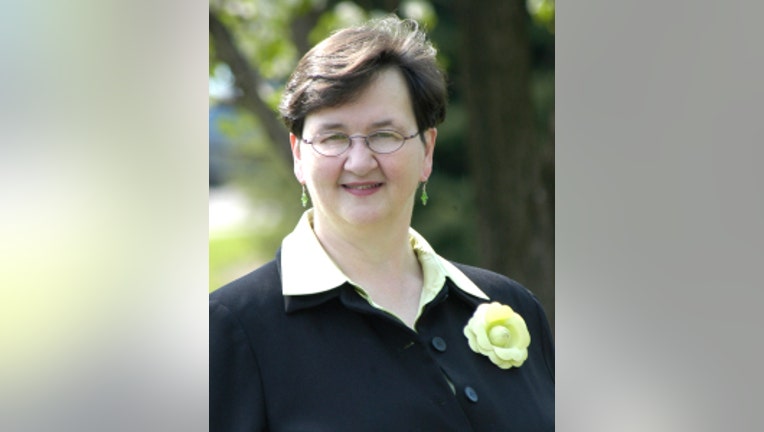 Dr. Andrea Lee, IHM, was unanimously elected the eighth president of Alverno College by the College’s Board of Trustees.

MILWAUKEE -- Dr. Andrea Lee, IHM, was unanimously elected the eighth president of Alverno College by the College’s Board of Trustees. She will succeed President Mary J. Meehan, Ph.D., taking office at the start of the 2016-2017 academic year.

Lee currently serves as the president of St. Catherine University, among the most comprehensive Catholic universities in the nation, and home to the nation’s largest Catholic college for women.

“Alverno College already enjoys the respect and international visibility it deserves as a recognized pioneer of pedagogical innovation and undergraduate teaching excellence,” said Lee. “What a joy and honor it will be to lead the College to its next heights of academic distinction and to advance Alverno’s fine reputation as a vital member of the Milwaukee community.”

“We are incredibly proud to have a leader of this caliber to take Alverno College into the future,” said Don Layden, chair of the Alverno College Board of Trustees and chair of the presidential search committee. “As she has throughout her exemplary career, Dr. Lee’s thoughtful, collaborative and strategic leadership will have a lasting impact on our students and our community, and continue to put Milwaukee and Alverno on the map for innovation in higher education.”

Lee’s appointment is the culmination of an exhaustive eight-month search led by a 14-person committee comprised of Board members, faculty, staff and alumnae. Applicants from around the world expressed an interest in coming to Alverno, and the pool of candidates included sitting college presidents, provosts and deans from colleges and universities across the country and abroad. Academic Search, a national executive search firm dedicated to serving higher education institutions, assisted the committee throughout the process. “I want to thank the Alverno community for its active participation in the search process. The search committee received extensive feedback from faculty, staff, alumnae and students alike and their input was invaluable,” said Layden.

Lee also led the University through its most recent comprehensive campaign, raising $86 million. During that campaign and subsequent fund raising initiatives, she secured an unprecedented unrestricted gift of $20 million, a Legacy Grant that supports the Henrietta Schmoll School of Health with $1 million annually, the University’s largest ever foundation grant of $3.3 million, and a recent gift of $18 million to support scholarships, faculty and program development in healthcare. Under her leadership, St. Catherine constructed a new library and student center, state-of-the-art laboratories, residence halls, athletic and academic facilities, as well as renovated existing facilities.

"Like Sr. Joel Read and Dr. Mary Meehan before her, Sr. Andrea enjoys the highest respect among Catholic university presidents nationwide,” said Reverend Dennis Holtschneider, president of DePaul University. “Alverno – and all of Catholic higher education - is blessed indeed that she now follows in their footsteps.”

Lee is no stranger to Alverno College, where she served on the Board of Trustees from 2012 through 2015. Prior to her tenure at St. Catherine, Lee worked at Marygrove College in Detroit where she served in several administrative leadership roles including dean, chief financial officer, executive vice president and interim president.

Lee’s dedication to community and her business acumen extend beyond the campus. She served on the Mayor’s Budget Review Board in St. Paul, a five-member blue-ribbon task force chosen to assist Mayor Chris Coleman with that city’s financial challenges. In Detroit she served on the Detroit Empowerment Zone projects review board, and co-chaired the financial arm of a mayoral transition team in Detroit. As part of this team and the Land Use Task Force, Lee co-authored several reports with specific action recommendations for the new city government.

Nationally, Lee served on the system-level board of Catholic Health Initiatives, one of the nation’s largest healthcare systems; and has held leadership roles with the Association of Catholic Colleges and Universities as Board member, conference presenter and advisor to new Catholic university presidents. She also served as national chair of The Religious Network for the Equality of Women, an interfaith coalition active in pursuing legislation to insure economic justice for women.

Highly regarded in higher education circles and a lifelong learner, Lee holds four academic degrees including a doctorate in educational administration from The Pennsylvania State University and undergraduate degrees in music, elementary education and Italian.

Lee is a member of the Sisters, Servants of the Immaculate Heart of Mary, the adoptive mother of a son from Haiti, and proud grandmother of two young boys. A soccer fan and avid bicyclist, she is also an accomplished liturgical musician known for bringing artistry and creativity to enliven campus tradition and celebrations.

An inauguration ceremony is planned for the fall. To view Lee’s curriculum vitae, photos and more, please visit http://www.alverno.edu/presidentialsearch/.