MILWAUKEE - Allen Addison Jr., the brother of Acting Milwaukee Mayor Cavalier Johnson, faces criminal charges in connection with a shooting that happened near 11th and Finn in Milwaukee on Tuesday, Jan. 4.

Addison, 37, is charged with first-degree reckless injury (use of a dangerous weapon) and possession of a firearm by a felon. He was booked into the Milwaukee County Jail on Thursday. A warrant had been issued for his arrest in January.

According to the criminal complaint, officers responded on Tuesday, Jan. 4 to a ShotSpotter report of eight possible gun shots coming from the area of N. 11th Street and Finn Place.

When they arrived on the scene, officers heard screaming and saw a passenger door opened on a truck parked down the street. Officers went to the side door and discovered a man who had been shot in the neck, arm, leg and back of his head. He was taken to the hospital for treatment.

That same day, detectives interviewed the victim who told officials he was in his car around 3:15 p.m. when he saw what he thinks was a Dodge truck pull up next to him. The victim believed there were two occupants -- and one of them pointed a "big gun" at him from inside. The victim told detectives that person then shot into his vehicle. The victim ducked, but then realized that he was shot in the head. That is when he climbed out of the passenger side and ran back to his house. 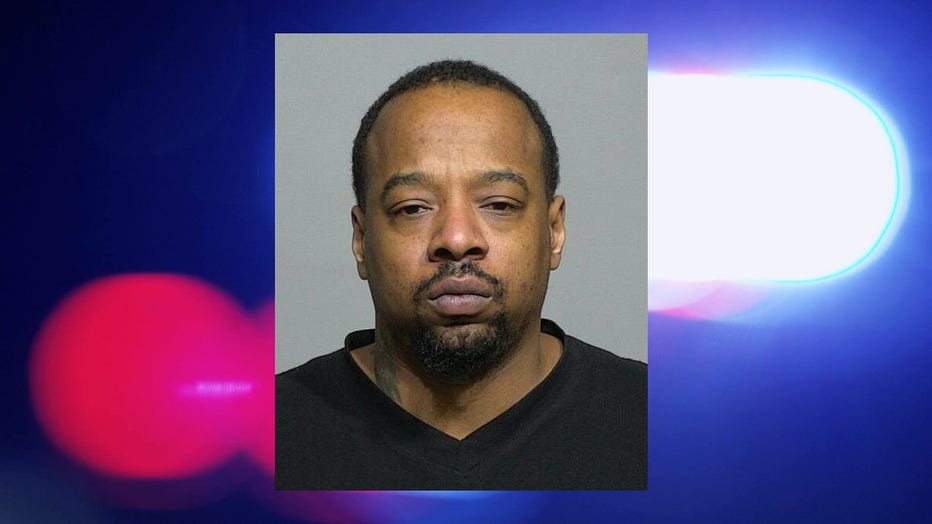 The complaint says detectives then interviewed the victim's son, who stated he saw his father get shot. The son claimed he saw his father pull up and park, facing north. He then saw a black Dodge Ram Pickup truck pull up next to his father's truck, facing north. The victim's son told investigators he watched the black truck in his rearview mirror and heard several gun shots from the truck. He then saw the glass on his father’s truck shatter, and saw that his father’s head was bleeding. He reported the incident to 911. The son told investigators he suspected the truck is associated with a woman who has stayed at his father’s house, on and off. Whenever the woman fights with this man, she comes to his father’s house.

Detectives then spoke with the woman's sister – who identified the father of the woman's child as Allen. Officials then checked police and transportation records and learned that the woman has called police on a man named Allen Addison – who matched this description. Public records show that Allen Addison owns a Dodge Ram. On Jan. 5, detectives located the pickup truck near N. 12th Street and Chambers Avenue, and had it towed.

Detectives executed a warrant and searched this Dodge Ram. Inside, they located a debit card in the middle front console in the name of Allen Addison. Detectives also recovered several casings, including a casing that fell out when the door was opened, and five bronze casings located in the rear driver’s side door frame, under the driver’s seat, and in a blue bucket in the back seat.

Acting Milwaukee Mayor Cavalier Johnson offered a brief statement on allegations against his brother -- who is accused in a January shooting.

The acting mayor spoke briefly at a Milwaukee event on Friday afternoon – addressing the allegations against his brother.

"I will say this. I have made no secret throughout the course of my campaign about the challenged neighborhoods that I grew up in," Johnson said. "My family is no different than any other family in Milwaukee that has faced challenges. I haven't hidden away from that. I've often said on the campaign trail that I've got one brother who has run a prison facility and another brother who has been his prisoner; who has been his inmate. I haven't shied away from that and this is just further proof of the beginnings and the connections that I have with the people who come from challenged neighborhoods in Milwaukee." 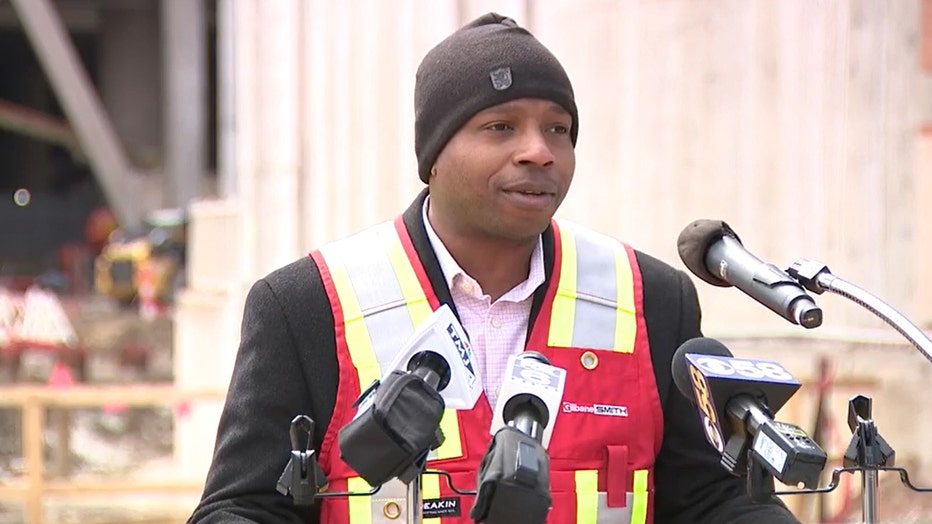 "The Mayor has been direct and upfront about his siblings. He has frequently noted he has one brother who is a warden at a state prison, and another brother who has been an inmate in that prison.

"He has also stated his belief in accountability - to the community and to the criminal justice system - for those who break the law.

"Cavalier Johnson brings a background and perspective to the Mayor's Office unlike any other mayor in recent history. His experiences provide valuable insight as he addresses the serious challenges Milwaukee faces."

Also according to Johnson’s spokesman, Johnson "was first aware of Allen Addison's arrest and the warrant after he was in custody."

Bob Donovan, candidate for Milwaukee mayor and Johnson's opponent, has no comment on this matter.

Addison made his initial appearance in Milwaukee County court on Friday, April 1. Cash bond was set at $25,000. He is due back in court for a preliminary hearing on April 11.

Addison was previously featured in a 2013 installment of FOX6's "Wisconsin's Most Wanted."