MILWAUKEE -- The three right lanes of northbound I-94/43 near the Plainfield Curve were closed Tuesday evening, September 8th due to a wreck involving a semi.

The wreck happened at 3:45 p.m. on Tuesday. The semi hit the wall and broke through the sound barrier.

Emergency crews were on the scene dealing with the incident. 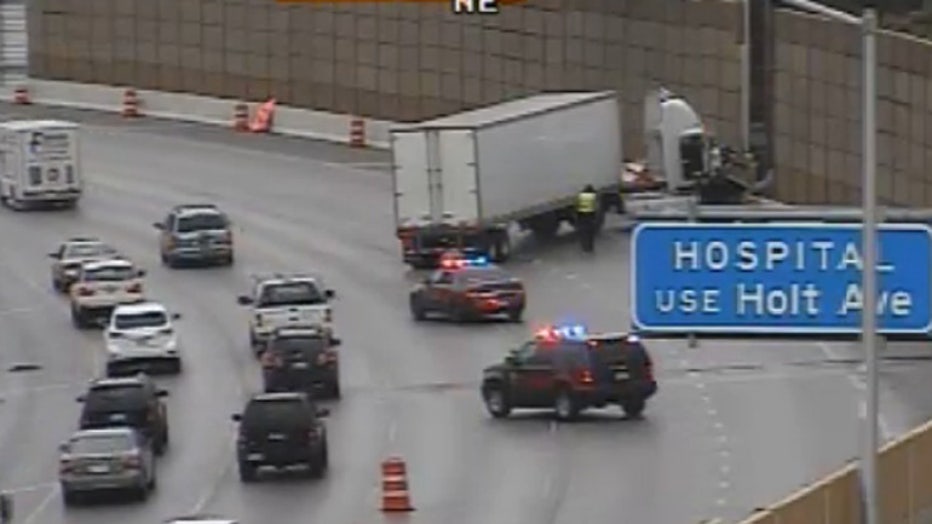 There were injuries associated with this wreck -- but they are considered minor.