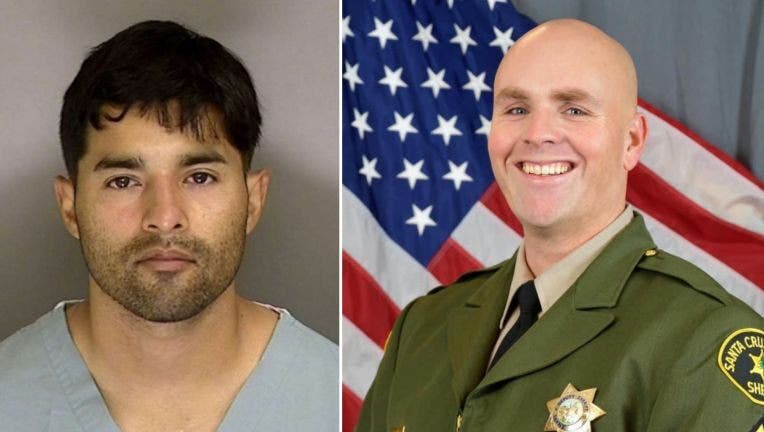 The 32-year-old suspect, Steven Carrillo, was stationed at Travis Air Force Base in Northern California. He was shot during his capture in Santa Cruz County and was being treated in a hospital for non-life-threatening injuries, authorities said.

Carrillo is accused of fatally shooting Santa Cruz County Deputy Sgt. Damon Gutzwiller, 38, in what authorities have described as an ambush attack in Ben Lomond, an unincorporated town of about 6,000 residents in the Santa Cruz Mountains, south of the San Francisco area.

Two other law enforcement officers were injured in the incident, including a California Highway Patrol officer wounded by gunfire.

The suspect was arrested after allegedly attempting a carjacking while trying to flee from the ambush scene, the Santa Cruz Sentinel reported.

No motive in the case was immediately apparent.

“There’s a lot that we don’t know at this point,” Santa Cruz County Sheriff Jim Hart told the newspaper. “I ask that the community be patient as we go through this investigation and the grieving process.” 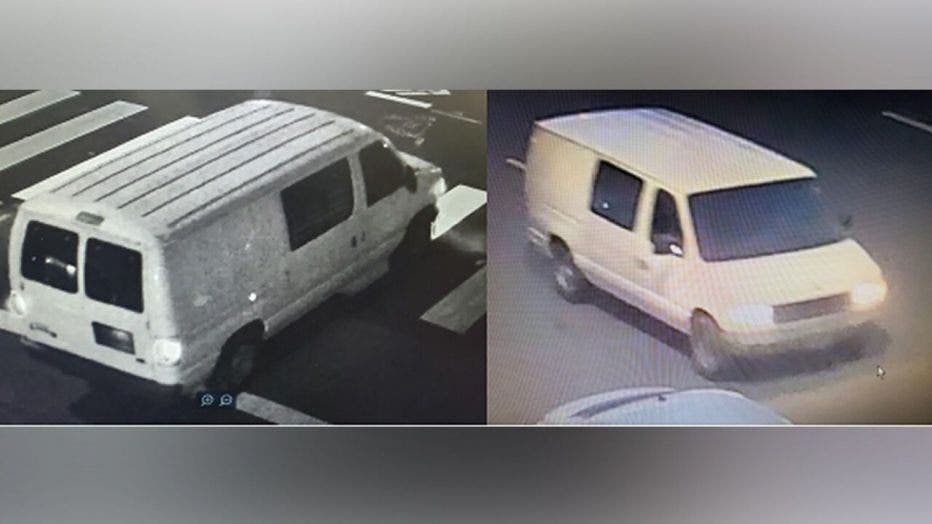 A white van is seen near a federal building in Oakland, Calif., where a Federal Protective Service officer was fatally shot May 29. (FBI)

Meanwhile, the FBI is investigating a possible link between the Santa Cruz shootings and the May 29 shooting death of a Federal Protective Service (FPS) officer in Oakland, Calif., according to The Associated Press. A second officer was critically injured in that incident.

Authorities released photos of the van seen near the Oakland shooting but it was unclear if it was the same van linked to the Santa Cruz County shooting.

The slain officer in Oakland was identified as Dave Patrick Underwood, 53, of Pinole, who was providing security at the Ronald V. Dellums Federal Building, a U.S. courthouse in downtown Oakland.

Underwood was the brother of Angela Underwood Jacobs, who was a Republican candidate in a U.S. House primary in Southern California to fill the congressional seat vacated by Democrat Katie Hill. But Jacobs resigned from the race prior to the primary. 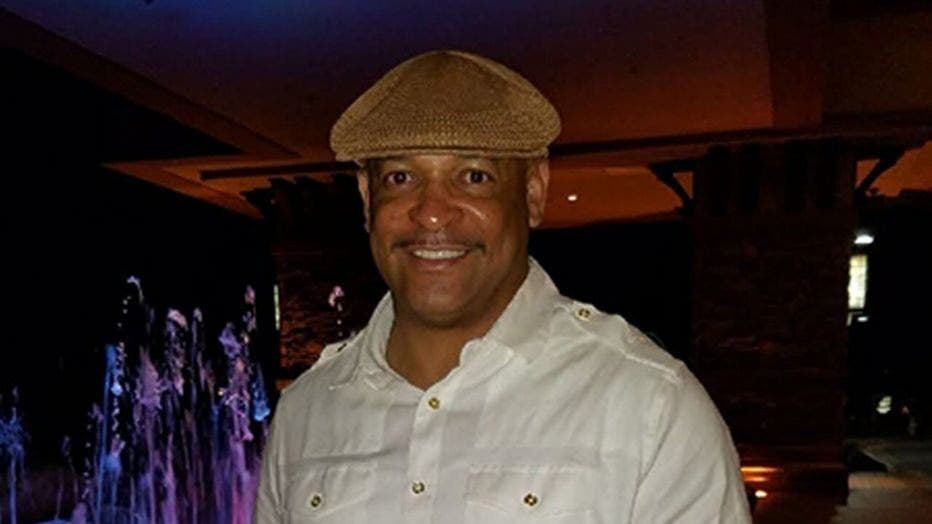 Federal law enforcement officer Dave Patrick Underwood, 53, was killed May 29 in Oakland, Calif., while protecting a U.S. courthouse during a violent protest.

No suspect has been identified in the Oakland case but surveillance cameras captured images of a white Ford van that is believed to have been used by the suspect or suspects.

Gutzwiller and another deputy chased the van to the driveway of a home in Ben Lomond, where they were ambushed by gunfire and explosives when they exited their vehicle. Gutzwiller was shot and later died in a hospital while the other deputy was wounded by gunfire or shrapnel. A third officer, from the California Highway Patrol, was shot in a hand, Hart said.

Meanwhile, authorities said suspect Carrillo was once married to fellow Air Force member Monika Leigh Scott Carrillo, who was found dead in a hotel in May 2018 while she was stationed in South Carolina. The death was ruled a suicide, according to the Air Force.

Travis Air Force Base spokesman 2nd Lt. Mike Longoria said he did not know if Carrillo had any special training in weapons or bombs, the Sentinel reported. The spokesman said any data regarding past disciplinary action involving Carrillo was still being sought but added that such information “would not be generally releasable” to the public, the newspaper reported.