SANGATTE, France — Looking like a superhero, the French inventor of an airborne hoverboard glided partway over the English Channel on his personal flying machine then crashed in the sea Thursday.

The inventor collided with a refueling boat just a few hours into his flight, destroying his transportation, a homemade version of the Flyboard his company sells commercially.

After being rescued from the Channel's choppy waters, Zapata smiled and said, "We won't give up until we succeed." 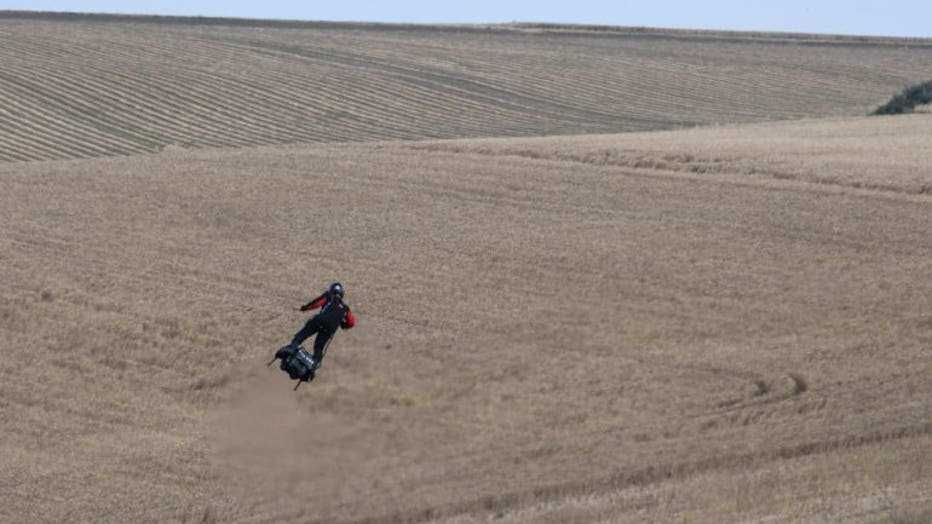 Zapata CEO Franky Zapata flies on his jet-powered hoverboard or "Flyboard" during a test flight in Saint-Inglevert, northern France, on July 24, 2019. - The French inventor aims to soar across the English Channel this week on a jet-powered "flyboard"

Zapata took off to cross the Channel from the French coastal town of Sangatte. From afar, it looked like he was skateboarding on the sky.

He hoped to travel 36 kilometers (22.4 miles) to the Dover area in southeast England. Propelled by a power pack full of kerosene, he planned to refuel from a boat partway across.

"I felt really great. It's just fantastic," Zapata told reporters later of the experience. "I was flying. It was like a dream."

Reaching speeds up to 177 kilometers per hour (110 mph), he traveled some 20 kilometers (12 miles), more than halfway to the English shore. That's farther than he had ever traveled on his air-board. 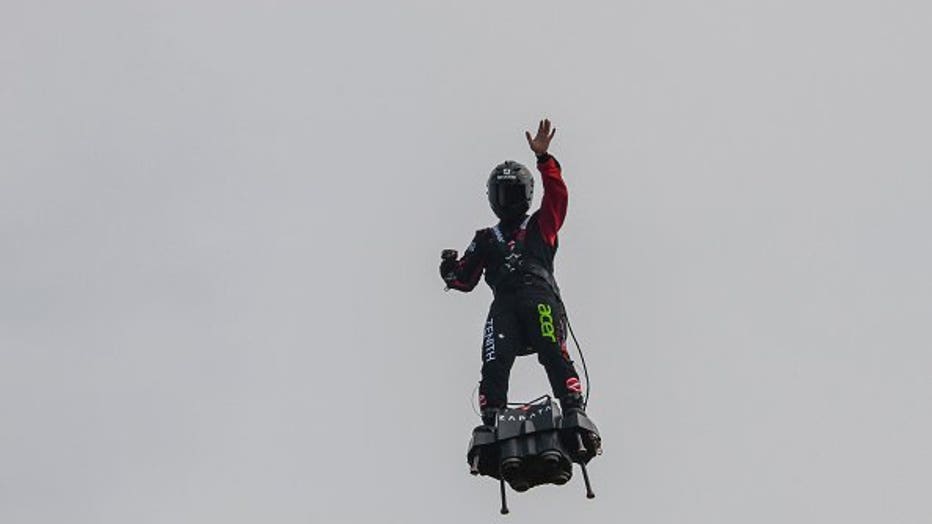 But as he descended for a refueling stop on a boat, the platform he was meant to land on was moving too much from waves. He wasn't able to grab onto it, and he plunged into the sea.

Zapata winced as he described the "disaster." He said his helmet filled with water and he struggled for breath. But he came away from the rescue by French divers with just a scratch on his arm.

"It's hard to swallow," he acknowledged. But as a former jet ski champion, Zapata said he knows how to "learn from your mistakes."

He plans to go back to his workshop as soon as Friday to build a new board and prepare a new trip, possibly within days.

Zapata wowed crowds in Paris on Bastille Day, whirling over European leaders on his flying hoverboard. But crossing the windy, ship-filled Channel was a much bigger challenge.

He scheduled Thursday's flight to coincide with the 110th anniversary of the first flight across the Channel, by French aviator Louis Bleriot on July 25, 1909 — who also left from Sangatte. The beach where Zapata took off Thursday bears Bleriot's name.

Noting that Bleriot also had several failed flying attempts, Zapata said, "Aviation is made by people who suffer failures, and advance by rising again."