There's no indication that Mueller does not wish to appear before Congress on July 17. But he put lawmakers on notice that any testimony he gives will not go beyond his 448-page report that was released in April. At a news conference in May, Mueller said the team chose the words in the report carefully and that the work speaks for itself.

"I'm not sure what purpose is served by dragging him up there and trying to grill him," Barr said. "I don't think Mueller should be treated that way or subject himself to that, if he doesn't want to." 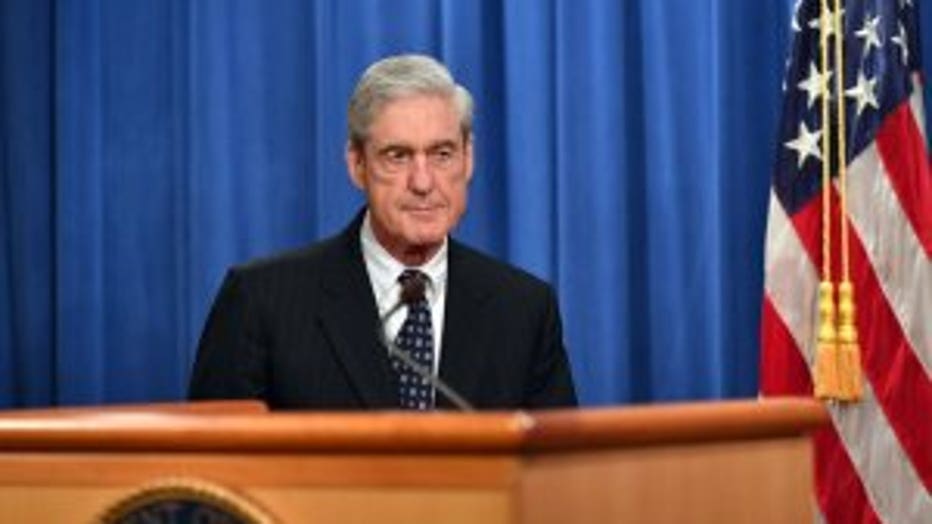 Special Counsel Robert Mueller arrives to speak on the investigation into Russian interference in the 2016 Presidential election, at the US Justice Department in Washington, DC, on May 29, 2019. (Photo by MANDEL NGAN / AFP) (Photo credit should read

Mueller no longer works for the Justice Department, but the department could attempt to limit his testimony about decisions he made as special counsel.

Barr spoke to the AP Monday in South Carolina, where he visited a prison to discuss the criminal justice reform President Trump signed into law last year.

Democrats have criticized Barr, saying he acts more like the president's personal lawyer than the attorney general. Barr enthusiastically embraced President Trump's political agenda, cast Mueller's report as a vindication for the president and launched an investigation into the origins of the probe — something President Trump has repeatedly said should happen.

Barr said the investigation is ongoing and said, from what he's seen so far, it is "essential to take a deeper look at how things unfolded." He said he has not received a satisfactory answer about why a counterintelligence investigation was opened on the Trump campaign, or whether there would've been a less drastic measure that could've been taken at the time.

Mueller's report detailed extensive Russian interference in the 2016 presidential election but he did not find a criminal conspiracy between the Trump campaign and Moscow. He did not recommend charging any Trump associates as agents of the Russian government or with campaign finance violations.

The report also outlined several instances where President Trump tried to influence the investigation but people around him either refused or quietly allowed the matters to drop. Mueller pointedly said he would have exonerated President Trump if he could have but did not. He also cited Justice Department guidelines that say a sitting president cannot be indicted.

Mueller will appear before lawmakers in both public and private sessions later this month. Despite the limitations Mueller placed on his own testimony, Democrats insisted the American public be allowed to watch him respond to questions for the first time since he was appointed special counsel in May 2017.

Barr declined to say how he thought Mueller handled the Russia investigation that shadowed Donald Trump's presidency for nearly two years. He said he believes his relationship with Mueller, who has been his friend for three decades, is "fine.