GREEN BAY -- Senator Ted Cruz made a campaign stop in Green Bay on Sunday, April 3rd -- and Governor Scott Walker, First Lady Tonette Walker, the Walker's son Alex and Carly Fiorina joined Cruz on the campaign trail. This, as Cruz hopes to close the delegate gap with a win in Wisconsin on Tuesday, April 5th. 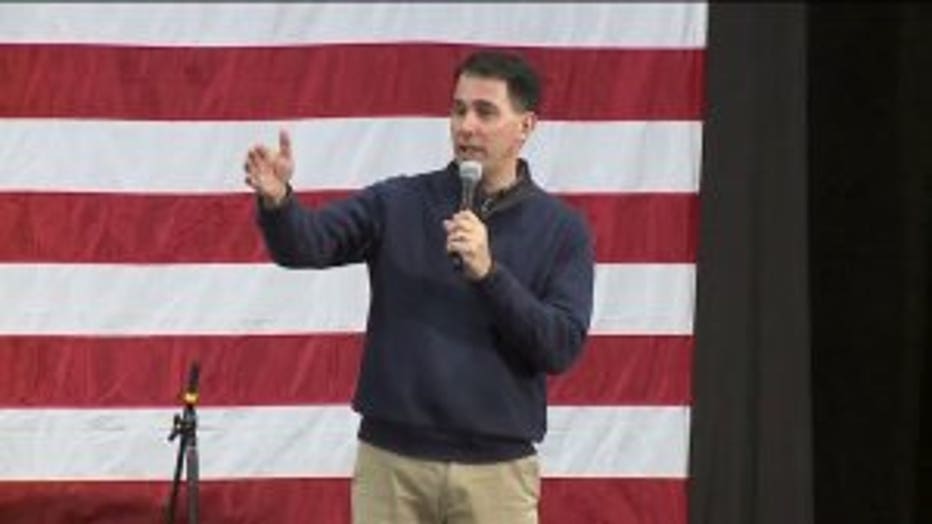 Cruz supporters filled the Hyatt Regency on Main Street in Green Bay on Sunday afternoon for the event that began at 1:30 p.m.

Cruz made his pitch to each of those in the audience -- and 10 of their friends.

"Ted Cruz will carry the state of Wisconsin and turn the momentum going forward. You can all make that happen," Governor Walker said.

Governor Walker officially endorsed Cruz on Tuesday, March 29th, and introduced the senator Sunday in Green Bay, as Cruz made his plea to voters in the Badger State. 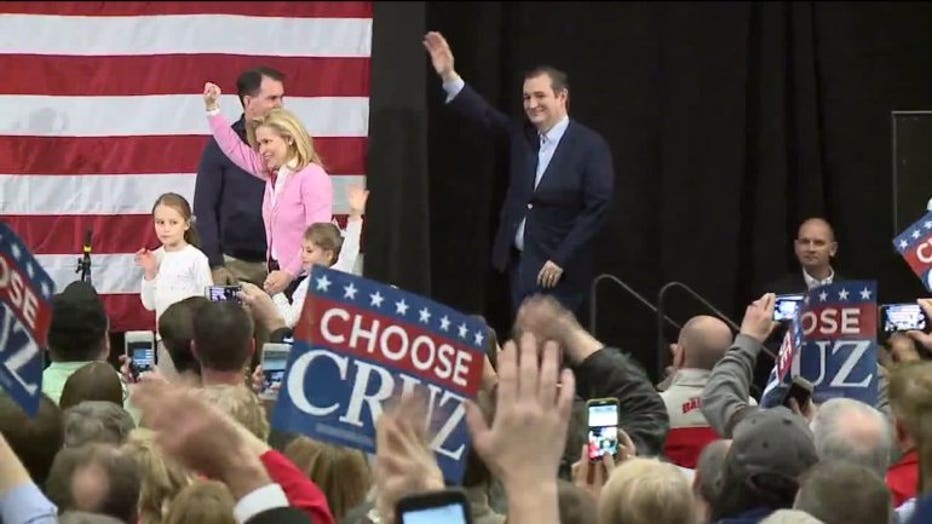 "All of us are here today because our country is in crisis -- because we are bankrupting our kids and grandkids," Cruz said.

Cruz has the most to gain with a strong showing in Tuesday's "winner take most" primary in Wisconsin. 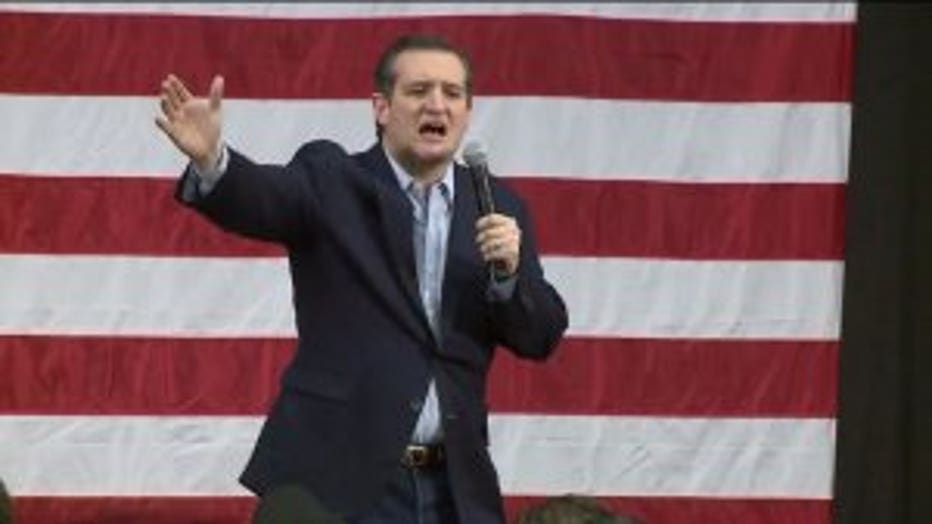 His promise to the public:

"The Democratic field consists of a wild-eyed socialist with ideas that are dangerous for America and the world," Cruz said.

The latest Marquette University Law School poll, released on March 30th, found Ted Cruz ahead in the Wisconsin Republican presidential primary race, supported by 40 percent of likely voters to 30 percent for Donald Trump and 21 percent for John Kasich, while 8 percent don’t know whom they will support.

Among likely voters in the Wisconsin Democratic primary, Bernie Sanders holds a 49 percent to 45 percent edge over Hillary Clinton, with 6 percent undecided.

Voters head to the polls in Wisconsin on April 5th.