Aerial trespassing? Local battle over drone use highlights patchwork of laws and regulations

Aerial trespassing? Local battle over drone use highlights patchwork of laws and regulations

RICHFIELD --  So you want a drone for Christmas?  You're not alone. The federal government expects up to one million Americans to buy one of the remote-controlled aerial vehicles this holiday season. And the FAA is worried about what that means for the safety of the nation's airspace. But there's another big concern -- beyond safety -- that's still up in the air.

It was near a densely wooded path that circles the outer perimeter of Danah Zoulek's land in the Village of Richfield where she caught neighbors trying to spy on her property.

"They said 'we heard noise. We want to see what you're doing,'" recalled Zoulek.

She says those neighbors wanted to know what was going on at the abandoned quarry she now owns, known around Richfield as the Scenic Pit. 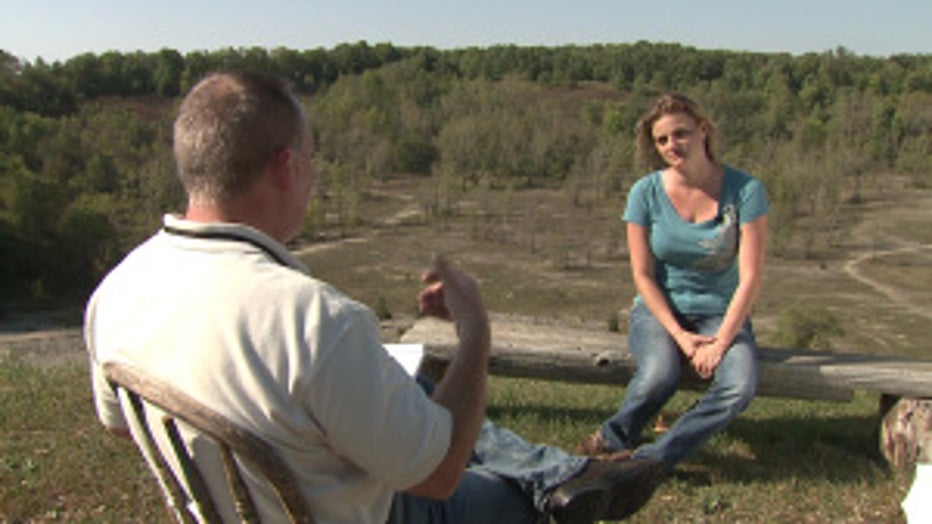 Danah Zoulek says neighbors used a drone to do surveillance of her property, an abandoned quarry which she and her husband are trying to restore for development. She had previously denied neighbors access to her property at ground level.

"They couldn't get in to see it because every time they tried I would tell them to leave," Zoulek said.

Zoulek and her husband recently bought the property with plans to restore the land and build homes on it. That meant they would be operating the site as a sort of landfill for the next few years.

Concerned about truck traffic and potential groundwater contamination, neighbors formed a group called Richfield Residents Against The Dump. In July, one of the group's members sent up a drone to get a look at what was going on inside. 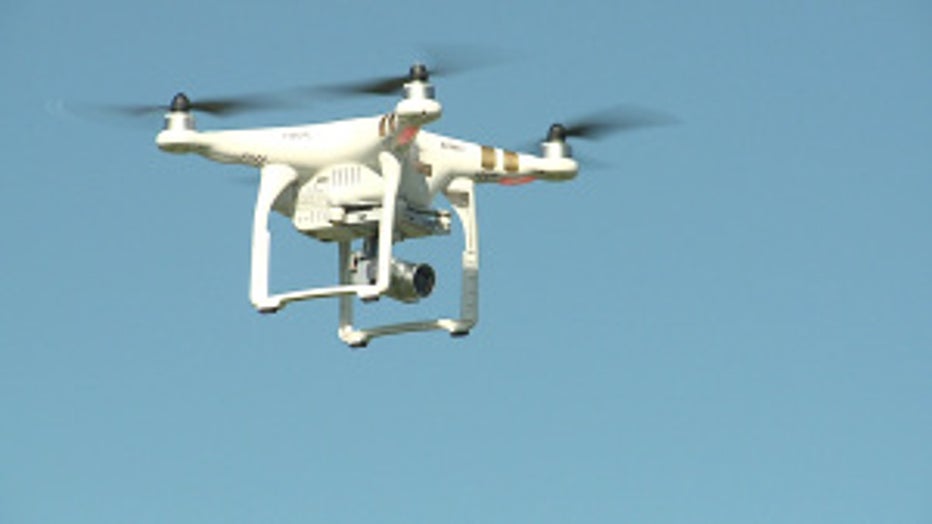 The FAA expects up to one million Americans to buy or receive a drone this holiday season.

"Because they can't see the quarry, you know?" Zoulek said. "So they flew up and around and over."

The video was posted on YouTube with links on the R.R.A.D. website. The drone pilot who took the video sent a link to the Richfield Village Administrator Jim Healy. The village was embroiled in a lawsuit with Zoulek over the quarry, so Healy passed the message along to the village attorney for possible help in the lawsuit.

As it turns out, a Washington County judge ruled against Zoulek in the lawsuit, though the drone video had nothing to do with it. It never actually captured anything of consequence. Still, to Zoulek, that's not the point. She's angry that the group she had every right to block at ground level went, quite literally, over her head.

"Tell me why a private citizen that I know nothing about can just fly a drone over my property without permission?" Zoulek asked.

The drone pilot is a Richfield resident named Steven Mahler, who did not respond to multiple requests for an interview. In an email to the Village of Richfield, he said he only flies his drone for recreational purposes. 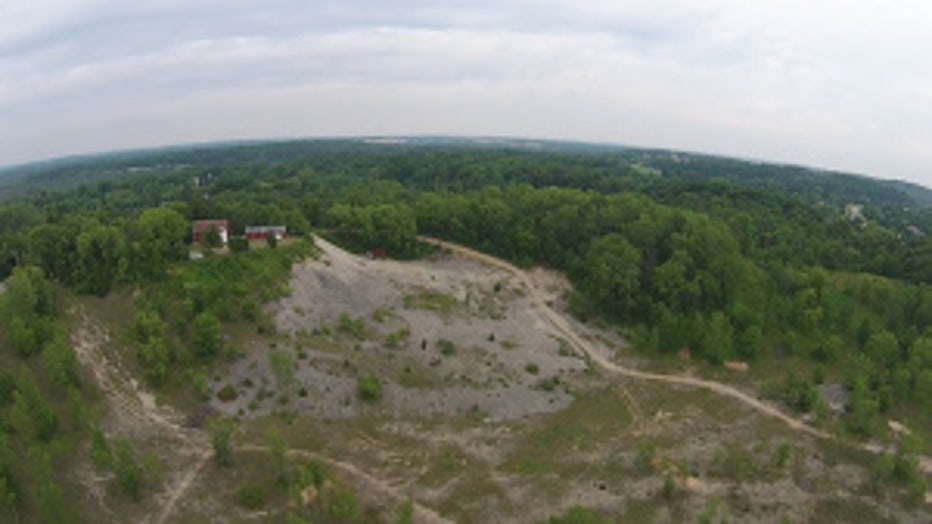 Video of Danah Zoulek's property taken by a drone in July. The video was posted on the website of a group that opposes Zoulek's plans to restore the abandoned quarry and develop homes on the land. Zoulek complained to the Washington County Sheriff's

She complained to the Washington County Sheriff's Office. Officials there told her there was nothing they could do, because no individual person had their privacy violated.

"I said, 'so the next time I see a drone, I will be running naked through my pit,'" she said.

The FAA could not determine if Mahler had violated any specific regulations, but it did send him an educational letter outlining the important distinction between flying a drone for recreational purposes or for some other purpose.

While drone technology is still relatively new, the market for drones isn't just taking off, it's soaring. Unmanned aerial systems (UAS) are expected to have an $82 billion dollar impact on the economy in the next 10 years. But the rules on where and how you can fly them are still being developed.

"The FAA is going to have to get a handle on it," said Russell Klingaman, a professor of aviation law at Marquette University and one of very few experts on drone law. So far, he says, the FAA has focused mostly on drone use by government agencies and private businesses.

Peter Menet is doing just that. He's a National Guard helicopter pilot who just launched a private drone business called Menet Aero, which does high-resolution aerial mapping. Before he could even lift off, he had to secure a special waiver from the government with dozens of rules attached. 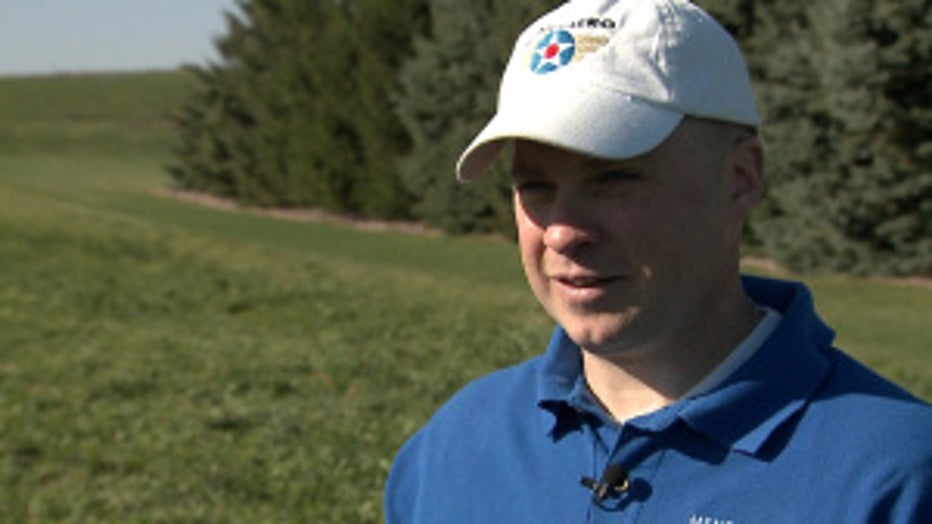 "It took me 126 days," Menet said, "And I mean I'm still going through all the different processes."

Without that exemption, commercial use of a drone is against the law and subject to massive fines by the FAA.

But it's far a different story for hobbyists.

"There is no regulation in place," Klingaman said. "There are guidelines. And it's almost an honor system."

The FAA predicts one million Americans will get a drone for Christmas this year. And Klingaman says that's a serious safety concern.

In August, a drone crashed into the stands at the U.S. Open. Two days later, one crashed into the scoreboard at a college football game. Last winter, a drone crash landed on the White House lawn. And Wednesday, a drone collided with Seattle's Pier 57 ferris wheel, then literally fell through a cafe table below. Fortunately, the table was unoccupied. All of that increases the fear that a reckless operator will collide with an airplane or crash into moving traffic. 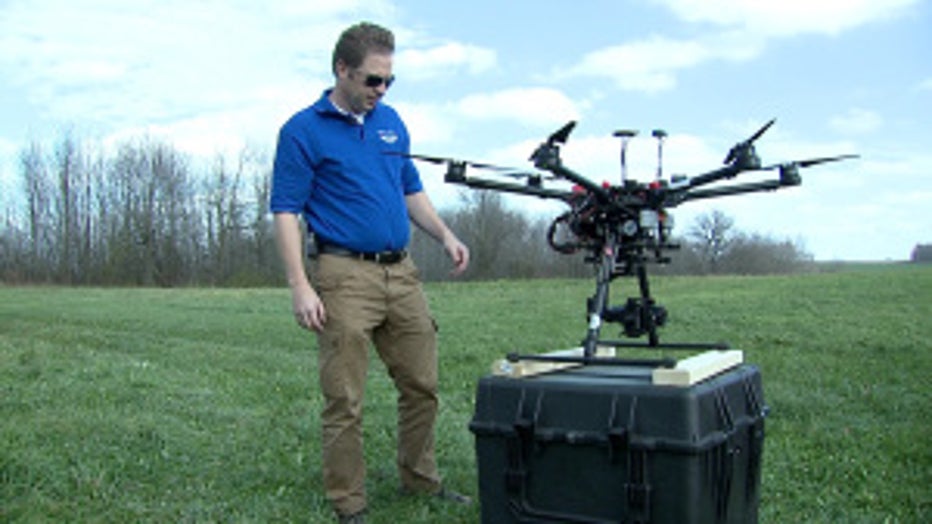 Menet prepares to launch his most sophisticated drone, a $16,000 system with six propellers and a high-resolution camera for digital mapping.

"You lose control of something this big and it can hurt people pretty badly," Menet said.

To get the word out, the FAA has developed a program called Know Before You Fly that instructs users to keep drones below 400 feet. Keep them in direct line of sight. And don't fly them near people, stadiums, or within five miles of an airport -- a restriction that severely limits where you can legally fly a drone.

"I highly suggest you read the law," Menet advised.

But while the FAA is tasked with maintaining airspace safety, it's not entirely clear who's in charge of privacy.

"It's a patchwork," Klingaman said.

Cities and counties are passing their own laws, and in the past three years, 27 states have passed drone-related legislation. And at least three of them -- Florida, Indiana and North Carolina -- specifically ban the use of drones on private property. That raises a whole new set of questions, like 'How high does your property line go? 10 feet? 50 feet? 100 feet? 200 feet?'

In Wisconsin, there is no law specific to private property. Instead, the Badger state has taken a different approach.

Last year, Governor Walker signed a new law that makes it a crime -- albeit a misdemeanor -- to use a drone to record another person in a place where they have a reasonable expectation of privacy -- a concept that's not yet clearly defined.

But the law only focuses on recording an individual.

And that is why Zoulek recently went to Madison to try and meet with lawmakers. She wants something on the books that specifically protects private property from aerial trespassing.

Peter Menet just hopes irresponsible drone users don't ruin it for everyone else.

"Just because the aircraft CAN do it, doesn't necessarily mean you should do it," Menet said.

Not only does Wisconsin law make it a crime to use a drone in violation of a person's privacy, it also requires police to get a search warrant to use a drone where a person has that same expectation of privacy. And it makes it a felony to possess or operate a weaponized drone.

Meanwhile, the FAA announced in October that it plans to require all drones to be registered. Details of that registration system, however, are still being ironed out.