MILWAUKEE (WITI) -- A single act of cruelty has been conquered by unbelievable kindness. In early April, FOX6 News brought you the story of a kitten that had been thrown from a moving vehicle. That kitten survived -- rescued by a woman who took her to the Wisconsin Humane Society. Since then, hundreds have reached out to help and there has been a great deal of interest from folks looking to adopt her.

Some things are worth waiting for. Jim Buerosse showed up at the Wisconsin Humane Society very early Tuesday morning, May 12th -- hopeful he'd have the opportunity to adopt Buffy. 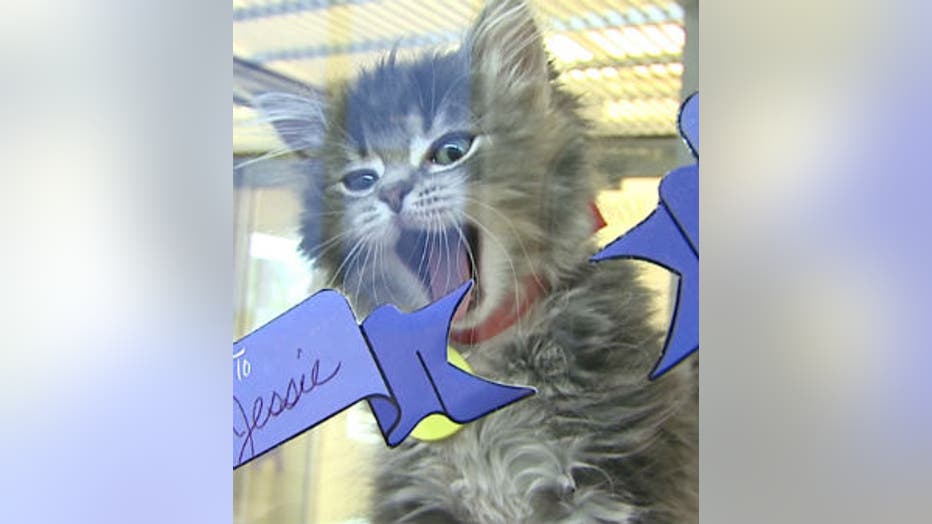 "I was the first in line, thank goodness!" Buerosse said.

What Buerosse was waiting for will melt your heart!

Buffy is an eight-week-old long-haired kitten. She was thrown from the window of a moving vehicle -- rescued on March 30th.

"Completely senseless act of cruelty having her thrown out of a moving car, but that has been matched and outweighed by these amazing compassionate people," Angela Speed with the Wisconsin Humane Society said.

"Yes we like her she is awesome!" Buerosse said.

Joined by his wife and daughter, the adoption became official. 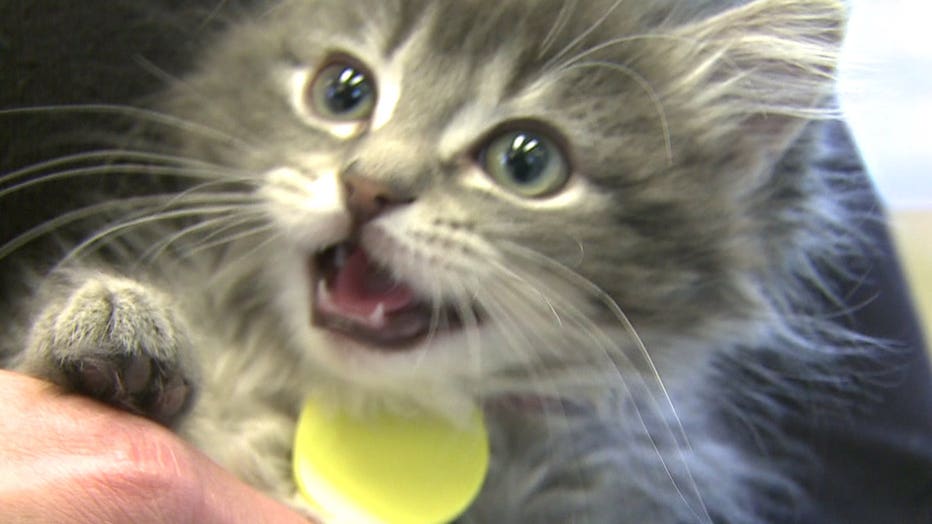 "Very exciting and the response has been wonderful!" a Wisconsin Humane Society volunteer said.

As heroic as Buffy is, Humane Society officials are hoping her story will inspire others.

"Buffy is not alone. We have other kittens here and cats at our adoption floor looking for new homes," Speed said.

It appears just a few minutes made all the difference Tuesday morning. Buerosse said shortly after he arrived, another person stopped by interested in adopting Buffy -- but as Speed said, there are plenty of animals at the Wisconsin Humane Society looking for a loving "furever" home. 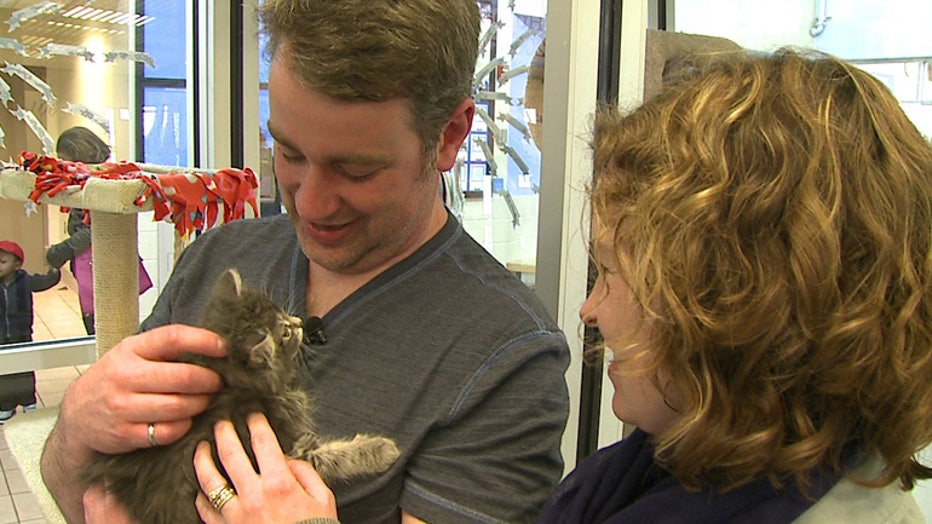 Buffy and her new owner