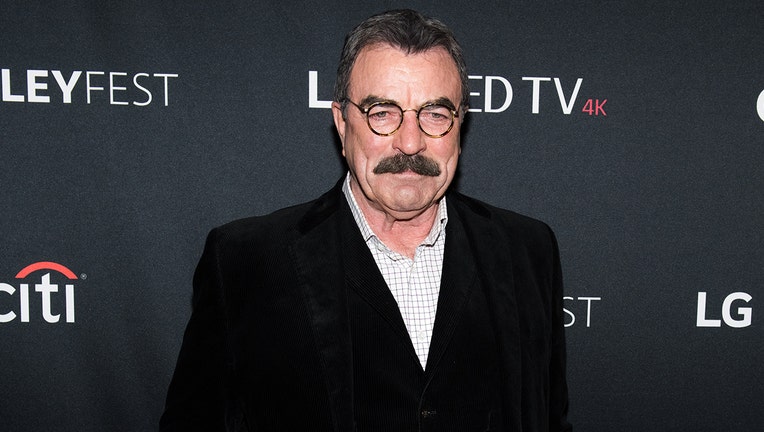 Actor Donnie Wahlberg, who plays Selleck's son on the TV series "Blue Bloods," shared the news in a Tuesday tweet.

"I found out that my TV Dad [Tom Selleck] has generously accepted the #2020TipChallenge at Elios Upper East Side! Love ya dad," Wahlberg wrote. "I didn’t start it but I’m proud to be part of it. To those who gave even the smallest extra amount this year — THANK YOU."

Wahlberg shared photos of the tip and a note Selleck left for his server.

"For Elios, I am honoring my friend Donnie Wahlberg's 'tip challenge' with my sincere hope for a better 2020. Thank you all," the note from Selleck reads.

Wahlberg told People magazine that Selleck "never mentioned it" to him, and that the two have "done three [Blue Bloods] dinner scenes since he did it, and he never told me."

Wahlberg, brother to "The Departed" actor Mark Wahlberg, initially went in on the "2020 tip challenge" on Jan. 1 of this year. His wife, Jenny Wahlberg, posted a photo to Twitter on Jan. 1 of a $2,020 tip from Wahlberg written on a receipt for a $78 meal, saying he was "starting 2020 off like the amazing man he is."

Wahlberg, his wife, and countless others, including celebrities like Harry Styles, have continued the trend throughout the year, as seen on social media.

The "challenge" to leave a $2,020 -- or otherwise generous tip -- seems to have originated in Alpena, Mich., where waitress Danielle Franzoni received a $2,020 tip from a stranger along with a note that said, "Happy New Year," and, "2020 Tip Challenge," according to The Alpena News.