MILWAUKEE -- A high-risk traffic stop turned into much more near 6th and Walnut Sunday, Aug. 19. Viewer video prompted Acting Milwaukee County Sheriff Richard Schmidt to respond Sunday night. During a 9 p.m. news conference, Schmidt said the "recorded racial comment" was not made by a deputy, but came from a person on scene. He said the squad dashcam video corroborates that his deputies did not say the comment.

"I have gone through the videos myself. I continue to watch them and I am thoroughly convinced that none of my officers were involved in making any unprofessional or racially-motivated type statement. There is no cause that any of one our officers involved in this incident made any such statement, and the officer right here saw who said it. You’re more than welcome to ask him. Folks, look at those videos. I’ve looked at three videos now on this incident. You cannot tell who said it. Fortunately we did see who said it. There’s no reason to be outraged if you know the truth, and the truth will set you free. This was not an officer. If it was, I would say 'fine, let me do the discipline.' But there’s no one to do that to. I talked to the Black Panthers. He said 'brother, it’s going bad. You gotta do something now.' I invited him to come here and make a statement on camera. He said 'listen, go out there. Tell the truth,' and that’s what we’ve done. The suspect who did the fleeing shakes the hands of the deputies in this room. That’s how this ended. Not with any ill will. It ended perfectly good," said Schmidt on Sunday night.

Viewer video shows guns drawn toward a vehicle during the traffic stop. Someone in the video asks why the guns are drawn. Another voice says: “because you’re not white.” 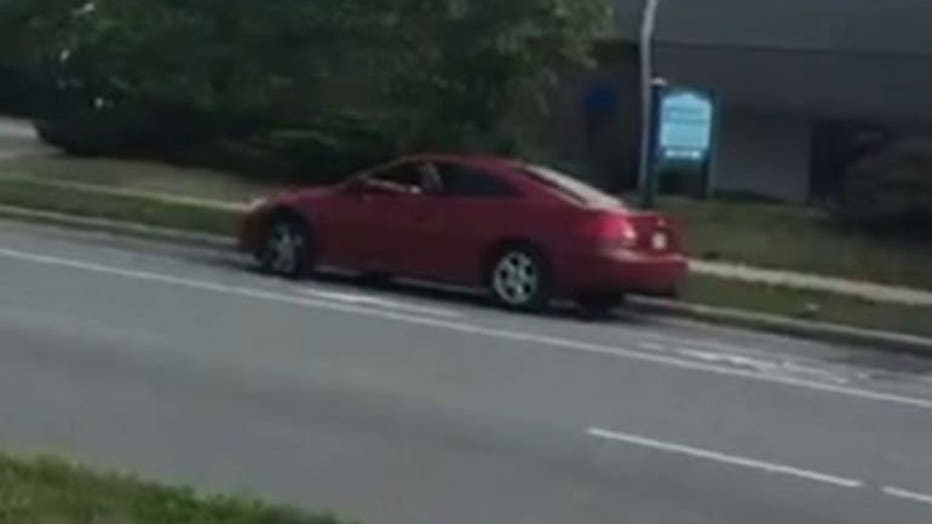 Officers had just finished handling a call regarding a person with a knife when another vehicle sped by. Deputies took off after it.

A pursuit reaching speeds of 80 miles-per-hour came to an end near 6th and Walnut. The viewer video shows deputies and officers with their guns drawn. Sheriff Schmidt said the vehicle failed to stop. It kept going, until the driver finally pulled over. 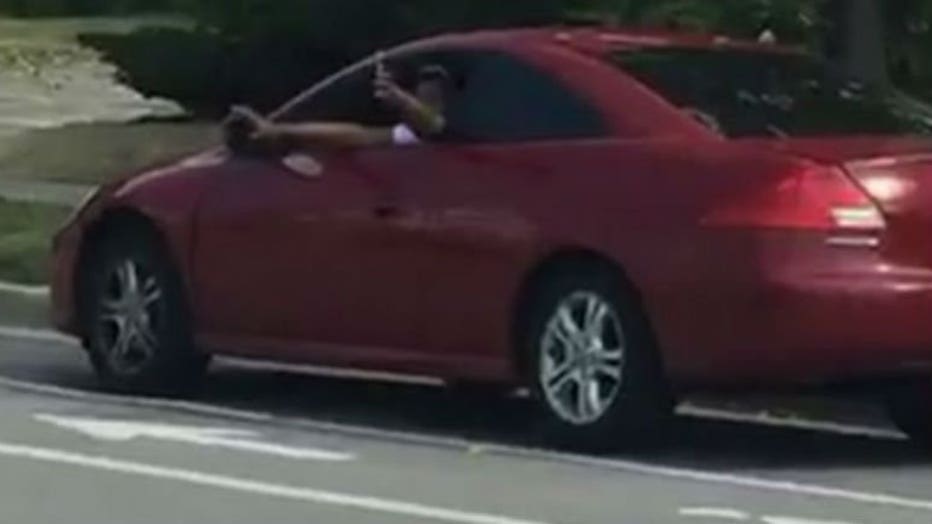 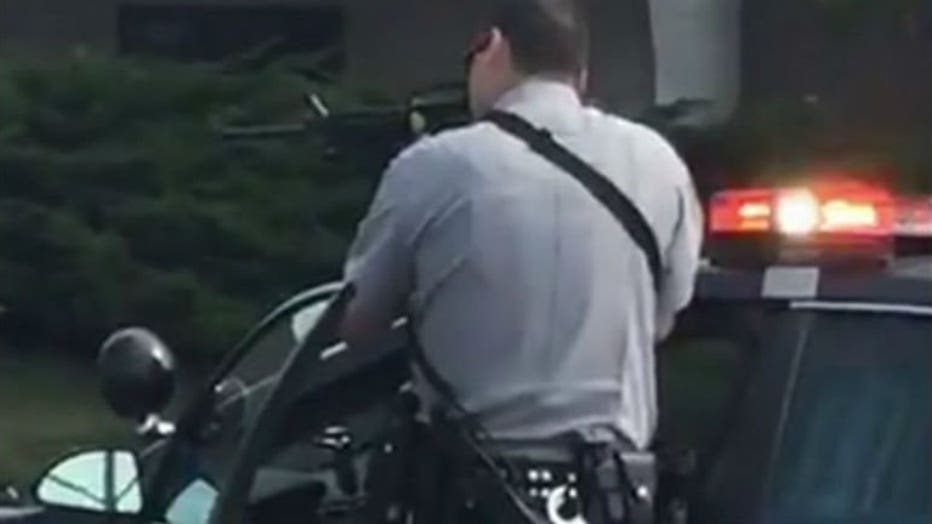 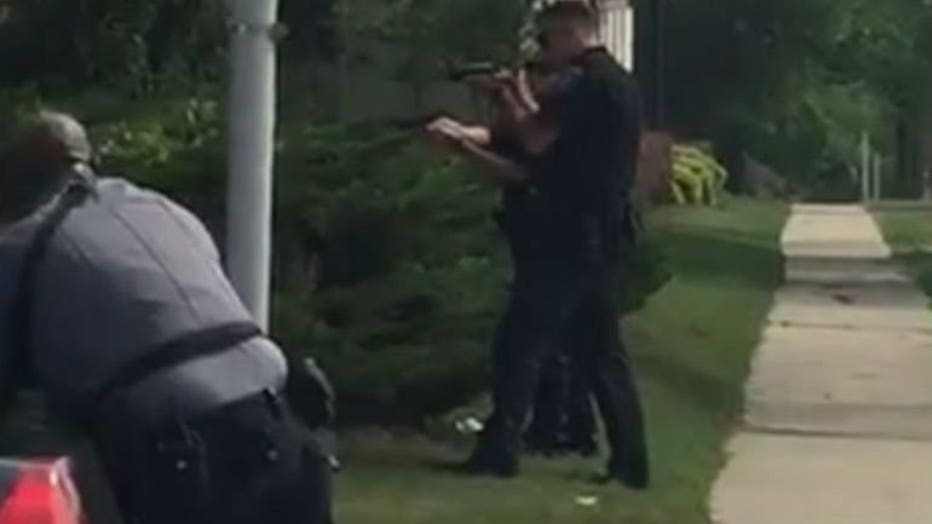 Schmidt said the driver and passenger were cited, but what's shown and said in the video promoted Schmidt to speak out.

"I watched one video from an individual who stopped and you hear some regards as to white and black and so forth. This is what we need to get a hold of in society. This isn't about racial issues, even though people want to make it racial," said Schmidt. 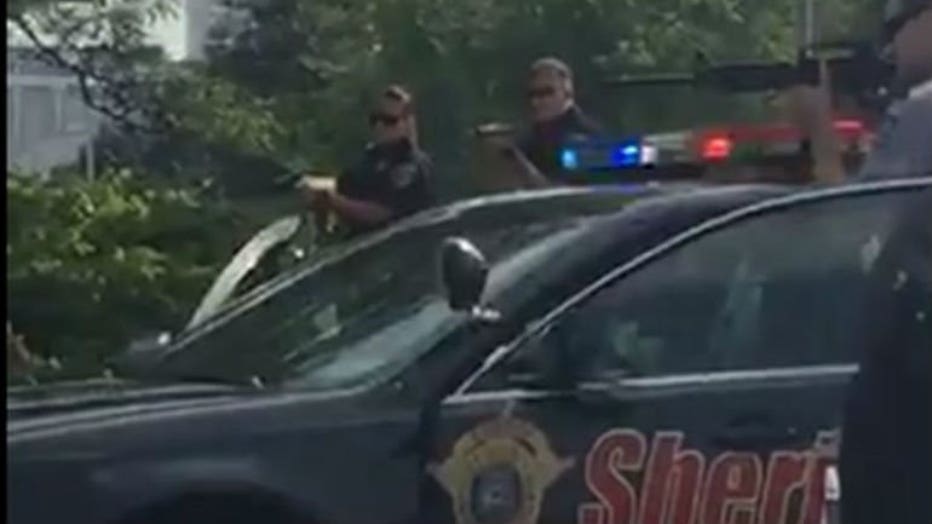 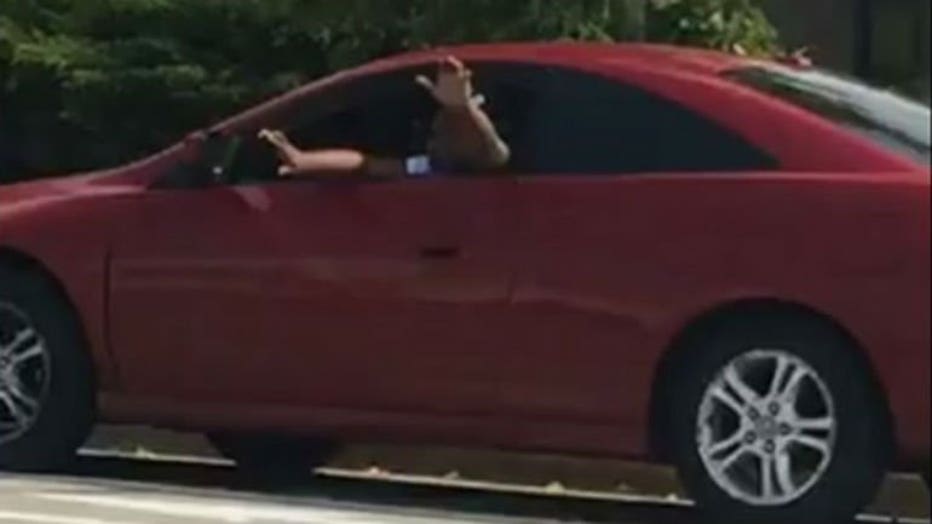 On Sunday evening, Schmidt said it's too difficult to tell who said what, until squad video is released. He later viewed that squad dashcam video before his news conference Sunday night.

"Here we have a vehicle blowing through a community -- 6th and Walnut -- which is a predominately African-American area. We have two individuals that happened to be white cops. Well folks, that is not a racial issue. What is an issue is public safety. People don't like to hear what I just said, but it's time we get away from this concept that everything is built on racial bias and so forth," said Schmidt Sunday evening. 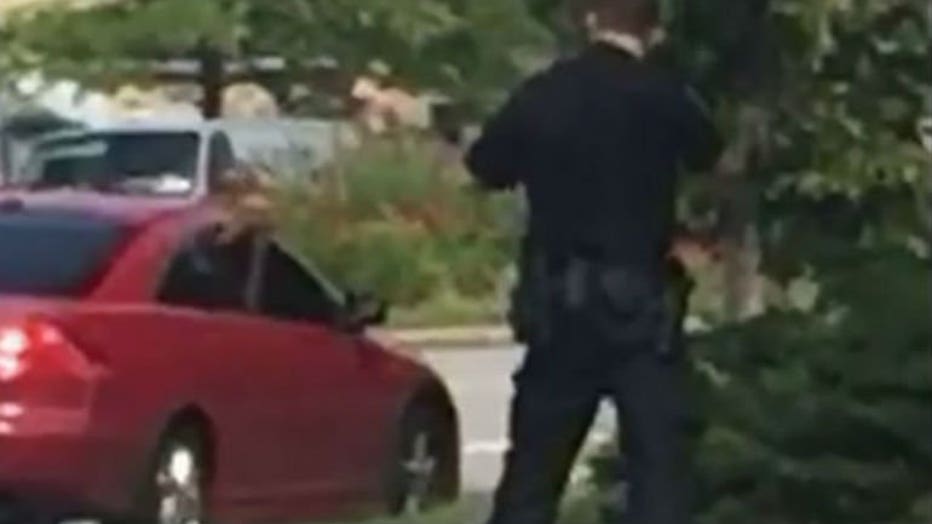 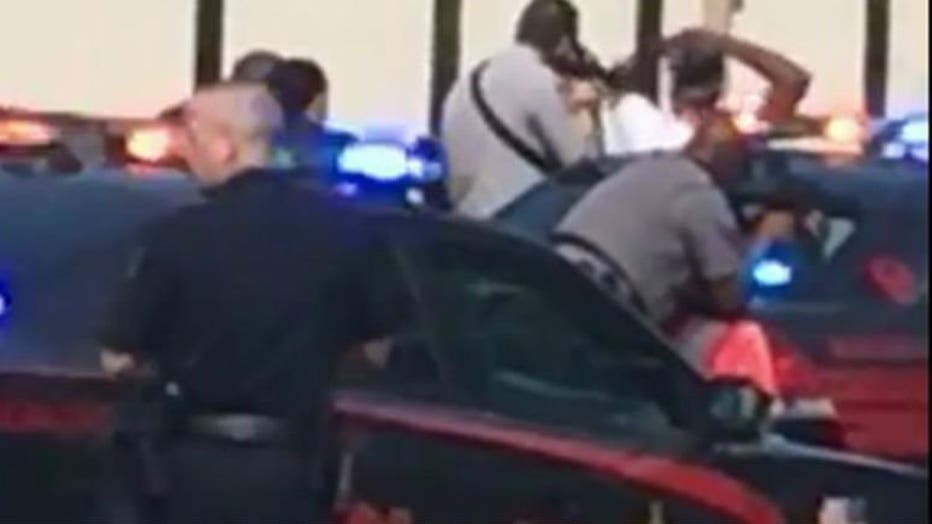 Schmidt said the father of the driver in this case showed up at the scene and was upset with his son's alleged behavior. He said the good outcome was that the men shook hands with deputies at the end of the incident.

"Nobody injured. Nobody shot. Hands shook at the end of the day. It's not about racial bias. It's about doing the right thing, staying safe," said Schmidt. 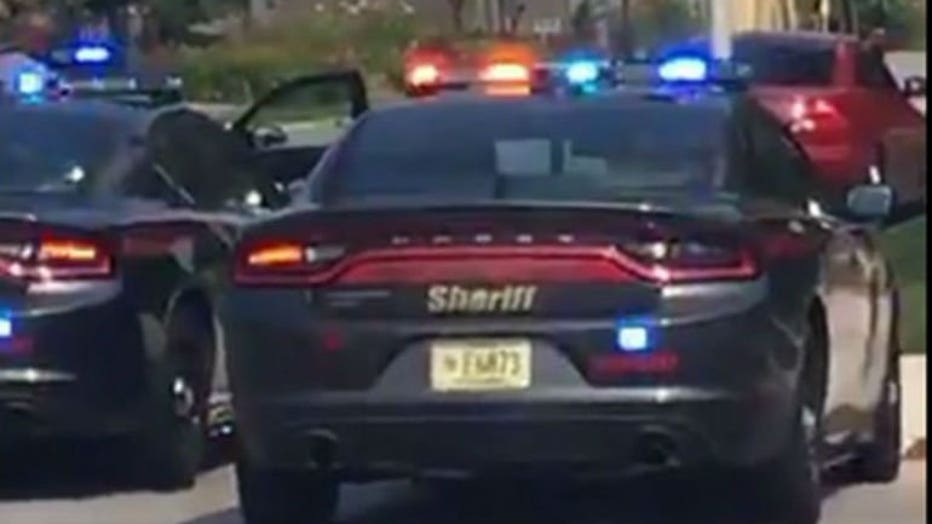 Schmidt said the two people in the vehicle were cited and released.