MILWAUKEE COUNTY -- 26-year-old Alfonso Martinez of Milwaukee, accused of threatening two Milwaukee police officers with a knife, and in the deaths of his father and uncle has been found not guilty by mental disease or defect, and committed to the Department of Health Services for 50 years. 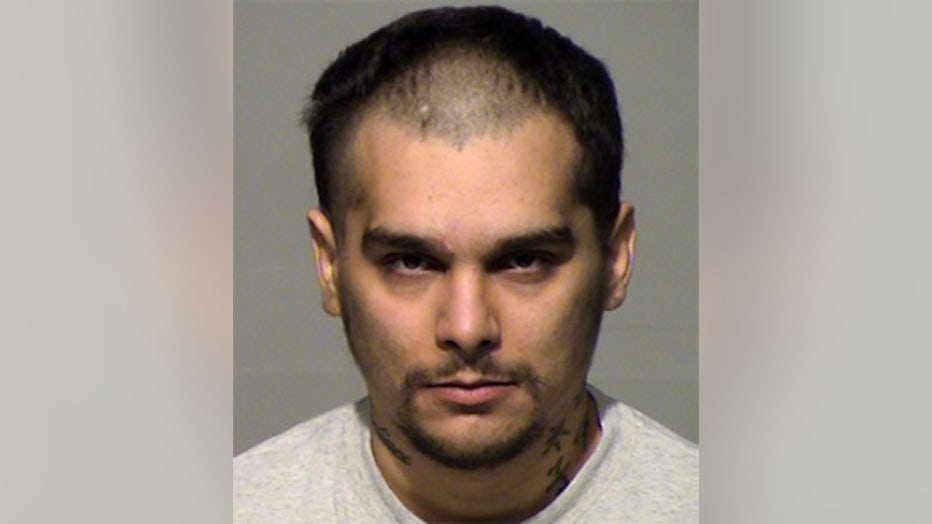 The decisions were made as Martinez appeared in court on Tuesday, July 28th for his jury trial.

The court first found Martinez guilty on two counts of attempted first degree intentional homicide -- and then found him not guilty by reason of mental disease or defect, finding that Martinez suffered from a mental disease at the time of the offense, and was therefore unable to appreciate the wrongfulness of his conduct and unable to conform his behavior to the requirements of the law.

The court then ordered Martinez be committed to the Department of Health Services for 50 years, with credit for 240 days served.

The court determined that conditional release would pose a significant risk of bodily harm to Martinez or others and ordered the placement of institutional care. The court also ordered the involuntary administration of psychotropic medications because Martinez is substantially incapable of applying an understanding of the advantages, disadvantages and alternatives to his mental illness.

The bodies of Alfonso Martinez Sr. and Manuel Martinez were found in a home near Richards and Auer in early December 2014. Police say they died as a result of stab wounds, and that they had been dead for some time. Alfonso Martinez hasn't been charged with homicide.

An officer spoke with the citizen, who explained she hadn’t seen her neighbors in days — with that citizen telling police it was unusual one of the neighbors hadn’t been outside to walk his dog. The complaint says the witness told police she had noticed the front door of the home was open for three days, and loud music was coming from the home.

Martinez's mother says he has mental health issues and has been in and out of psychiatric care. She says she tried to have him committed to a mental health center prior to the incident for which he's now charged.

"I know he didn't mean to, for whatever happened, to happen.  He loves his dad. He loves his uncle. I know he's forgiven. It's gonna take time for the family to forgive him," Martinez's mother Shanon Schroeder said.