MILWAUKEE -- A 22-year-old Milwaukee man has been charged with felony murder in connection with the death of 48-year-old Jay Ro, who was shot and killed inside his home near 30th and Cherry on June 25th. 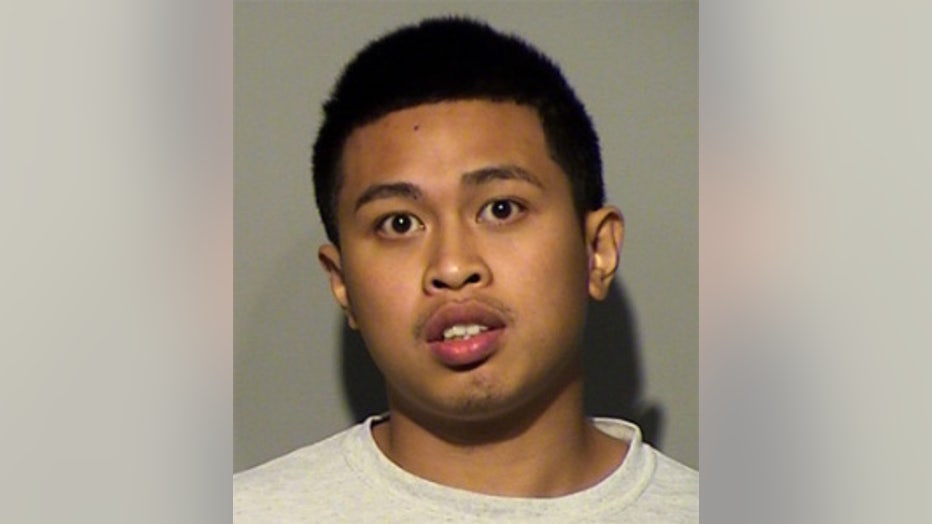 The accused is Mickey Singarath.

Jay Ro was killed in his home early on the morning of June 25th.

Police said two suspected armed robbers were able to get into the home after Ro's 11-year-old son was tricked into thinking they were there to fix the house.

The 11-year-old boy, Htee Moo, was interviewed by police on the morning of June 25th. The boy told police on that morning, he was in his home, playing on his iPad -- and his mother, father, sister and one of his brothers were in the kitchen. 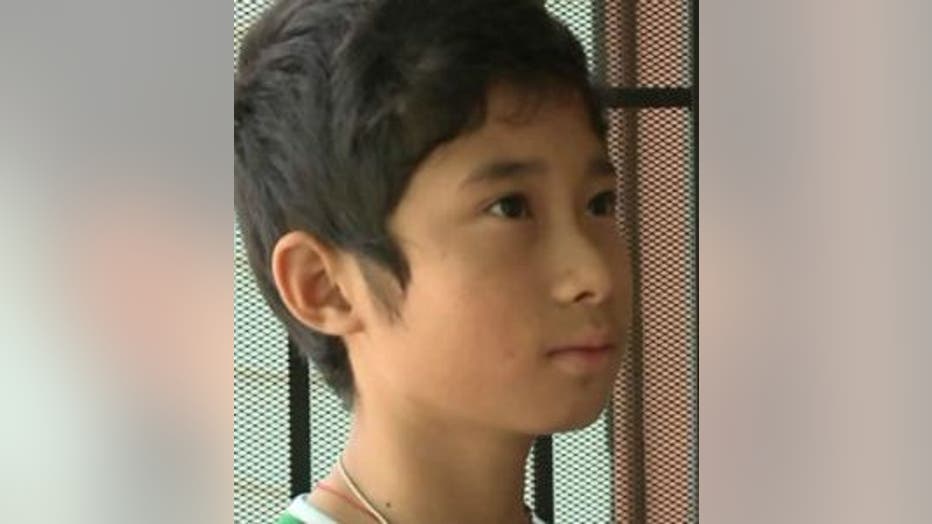 The boy said the front doorbell rang, and he went to the door and asked "Who are you?"

The criminal complaint indicates an individual at the door said "I fix the house."

The boy opened the door, and the complaint indicates Mickey Singarath entered the home, grabbed the boy and turned the boy away from him. The boy told police it was then that Singarath put his arm around the boy's chest and pointed a gun at his chest.

As Singarath entered the home, the boy told police Singarath was covering his face with his arm.

Singarath began to push the boy into the living room, saying: "Give me the money," police say. 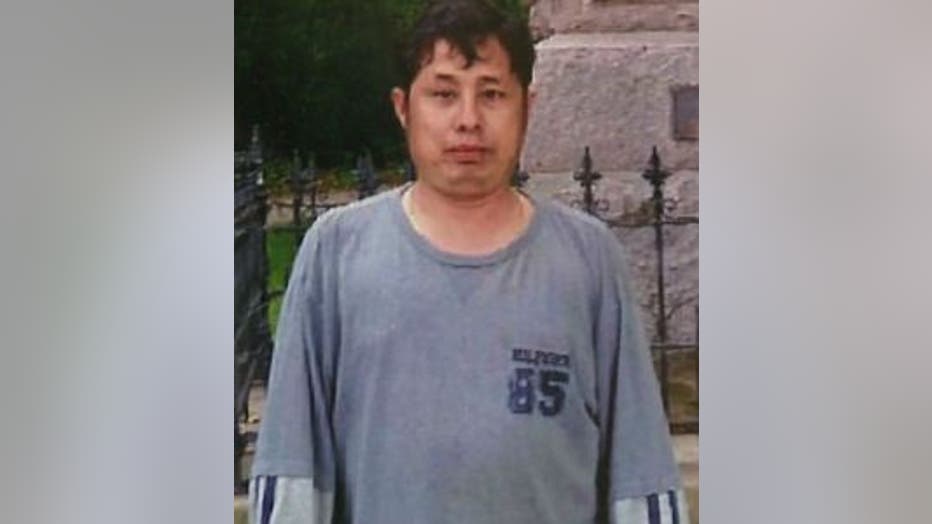 The boy was then pushed into the dining room, as Singarath continued to demand money.

The complaint indicates a second man, who had entered the home with Singarath, began pushing items off a dining room shelf.

The boy told police Singarath then walked the boy into the kitchen, holding him around his chest and continuing to point the gun at his chest -- demanding money.

Police say Singarath told the other suspect to get the iPad that the child was holding. The second suspect then grabbed the iPad from the boy's hand.

Police say the boy's father, Jay Ro, got mad -- and tried to take the gun from Singarath. That's when police say Singarath pointed the gun at Ro -- and shot him in the chest.

Singarath and the other suspect then fled the scene.

When police arrived at the home, Ro was found lying on the kitchen floor -- and he was pronounced dead.

An autopsy was performed, and it was determined Ro died as a result of the gunshot wound, and his death was ruled a homicide. 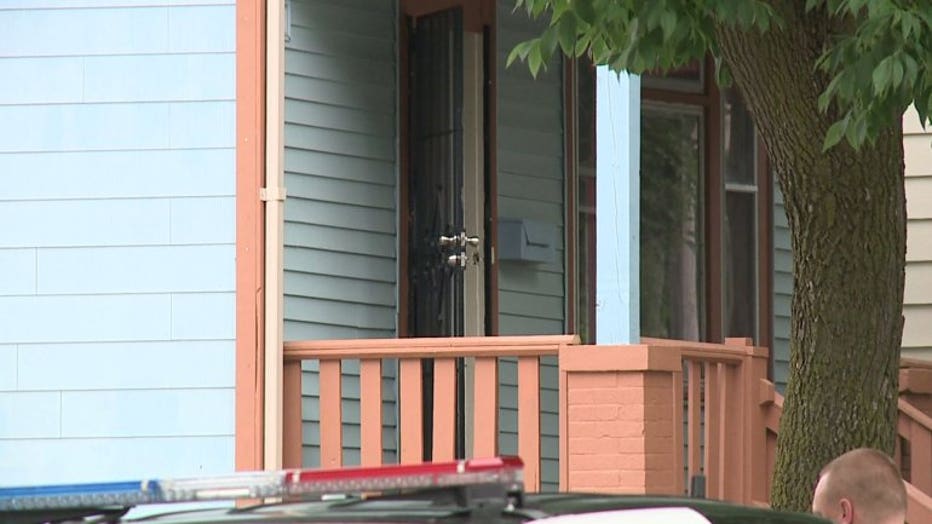 Police were able to take a look at surveillance video that showed the suspects involved in this crime probably drove to the area in a black Chevy Envoy. An investigation led police to a home on N. 26th Street in Milwaukee because the listed owner of a Chevy Envoy lived at that home.

Mickey Singarath was arrested at that home on July 28th.

Singarath was interviewed by police on July 30th.

The complaint indicates he told police the Chevy Envoy belonged to his mother. He said on the morning of June 25th, he left his home around 1:00 a.m. in his mother's truck. He told police he drove around all night -- and around dawn, he picked up the second suspect. As they drove around, Singarath said the second suspect pointed out Jay Ro's home -- saying there was money there.

Singarath and the second man then parked the Chevy Envoy and headed towards the home, police say.

Singarath said he entered the home, and he was "waiving his revolver in the air," according to the complaint.

He told police while inside the home, he was saying: "Where is the money?"

As he entered the kitchen, Singarath told police he heard the sound of something falling in the living room. He said when he heard this, he turned his head, and when he turned back around, Singarath said Jay Ro was "coming at him."

Singarath said a struggle ensued, and told police he fired his gun "to scare Ro." He said he meant to fire the gun into the air, but when he fired, the gun was pointed at Ro's chest.

Singarath and the other man then fled the scene -- and Singarath told police he dropped off the second suspect, and gave him the gun.

Singarath said "he did not mean to shoot or kill anyone" -- saying "he only planned to commit a robbery and obtain money." Singarath told police "he is sorry for what he did." 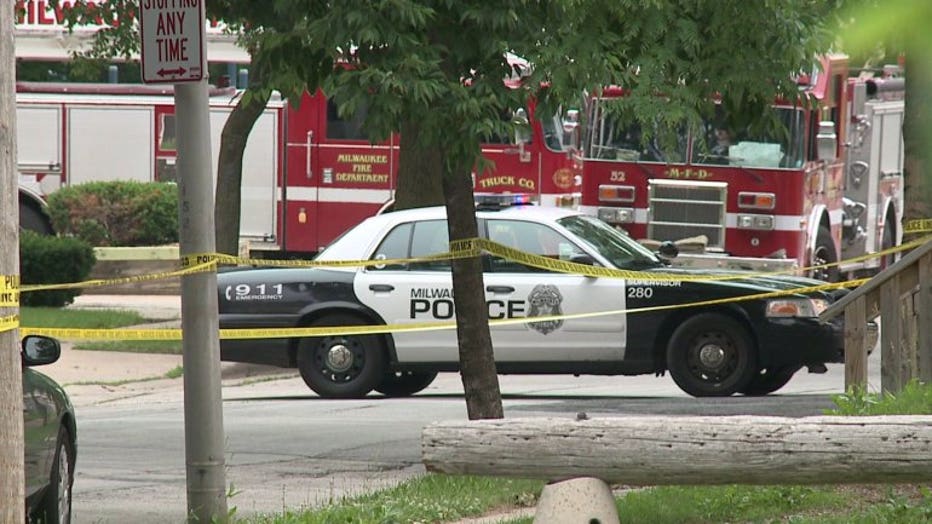 Singarath is set to make his initial appearance in court on July 31st.