SHEBOYGAN COUNTY (WITI) -- A 40-year-old Cascade woman, accused of letting her dog starve/freeze to death has reached a plea deal in the case against her. 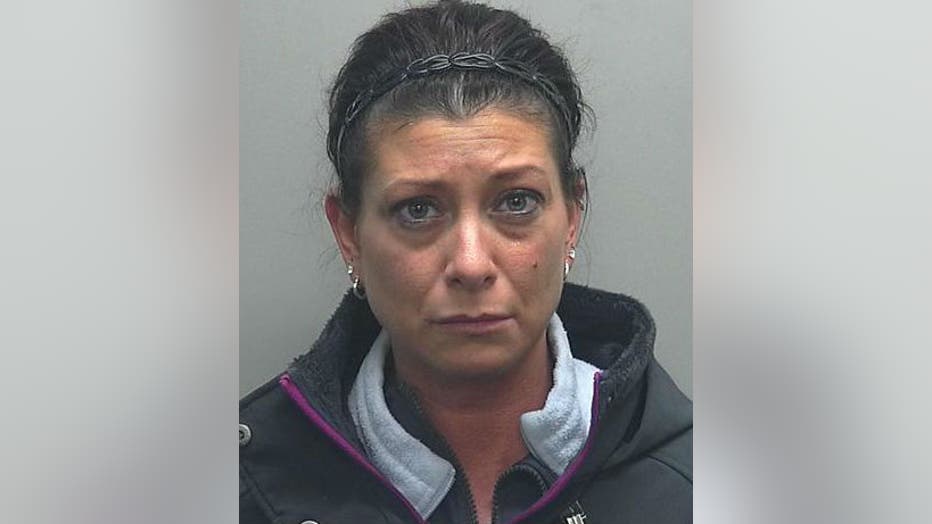 Fidlin is accused of leaving her dog behind when her home was foreclosed upon.

A Sheboygan County Sheriff's deputy was dispatched to a home on Lake Street in the Village of Cascade on January 21st, 2014 after an employee of a company involved in maintaining foreclosed homes entered the home and found a deceased dog.

A criminal complaint in the case says that individual who entered the home was checking it due to the harsh winter, and noticed a pipe had burst inside the home, causing excessive water damage.

It was determined that the last owner of the home was Fidlin, and Fidlin's belongings were found in the home. The complaint says it did not appear there was any packing or removal of any items from the home -- including family photos and food in the refrigerator.

There was a significant amount of dog feces on the floor -- as if one or more dogs had been left there unattended for several weeks.

Investigators learned all of the utilities, including the heat and electricity had been turned off for several weeks.

Investigators were informed by Water Utility officials that the homeowner had two dogs, but the other dog was not located at the home.

Two bags of dog food were found inside the home -- but because they were placed in rooms with closed doors, the dog would have had no access to the food. The only water access for the dog would have been in the toilet -- but all toilet seat lids were closed, according to the complaint.

Investigators observed four empty dog bowls inside the home, which appeared to be food and water bowls for the two dogs.

There was a water leak due to a frozen broken pipe that had sprayed long enough to carve a hole in the wall -- and it is possible one or more of the dogs had used this as a water source for a period of time.

The dog was taken to a veterinary clinic for a necropsy, where it was observed the dog's nails had grown extensively in a complete circle, and had started to dig back into the pad of the dog's feet -- something that a veterinarian said would have taken several months.

The dog's teeth were found to be in poor condition.

A report from the Wisconsin Veterinary Diagnostic Laboratory at UW-Madison says a necropsy showed the dog's fat reserves were depleted, and the dog had severe emaciation.

The dog's body was reasonably preserved, suggesting that freezing occurred within one to several days of the dog's death.

The condition of the teeth and nails attest to a lack of basic care.

Officials spoke with Fidlin at her boyfriend's residence in the Village of Cascade in January of 2014. She told officials she had last been to the property about a month ago, when she had found her dog, Lucky -- an eight or nine-year-old Beagle mix dead. She said her other dog, Bano ran away sometime in October after getting out of his collar.

Fidlin said she had become overextended financially around September of 2012. She said even after she moved out of the home, she would come over to the house regularly to give the dogs food and water.

This statement was not corroborated by neighbors.

Fidlin acknowledged the utilities were not on, and said she knew the water would likely freeze shortly after she gave it to the dogs. She told officials Lucky (the dog found deceased) was sick, and said she could not afford veterinary care. She says she was forced to switch the dog's food from a high-quality diet to a low-quality generic diet.

Fidlin told officials Lucky would eat, but wouldn't gain weight -- according to the complaint.

Fidlin said both of her dogs had a condition in which they frequently defecated, and said she had initially worked to clean up the feces, but said eventually, it overwhelmed her, so she stopped.

The complaint indicates Fidlin did not consider alternatives for getting Lucky care -- such as via the Humane Society.