MILWAUKEE (WITI) -- 32-year-old Derrick Brown made his initial appearance in a Milwaukee County courtroom on Wednesday, January 21st. He's facing criminal charges in connection with an attempted sexual assault that occurred in December in the Riverwest neighborhood. 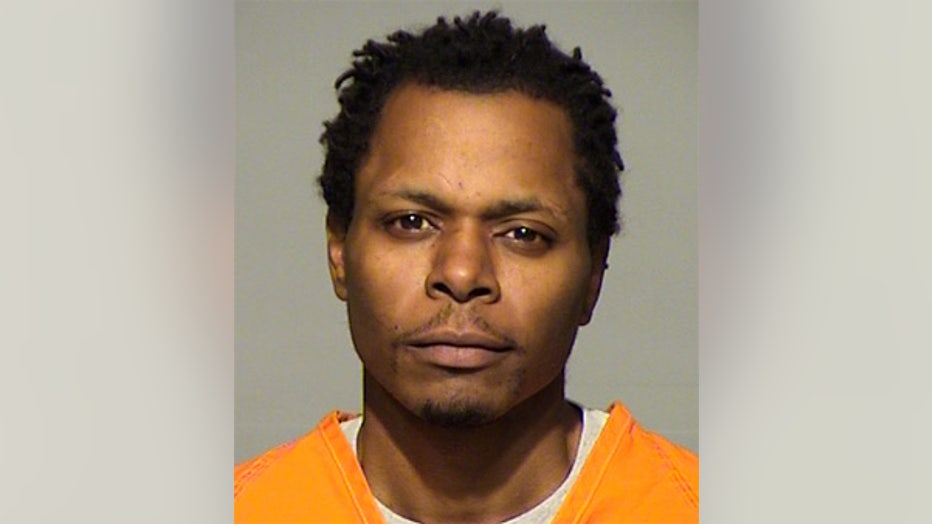 Brown is specifically charged with attempted first-degree sexual assault (use of a dangerous weapon) and kidnapping.

And the list of convictions went on. Brown stared at FOX6's camera without blinking as his lawyer told the judge Brown is competent and understands the charges filed against him.

In court Wednesday, the judge ordered Brown be held on $100,000 cash bond, and ordered that Brown have no contact with the victim. A preliminary hearing date was set for Thursday, January 29th. As Brown entered and just before he left the courtroom, Brown shouted, "God's wrath is on white America."

The charges against Brown stem from an incident that occurred on Friday, December 12th on North Bremen Street -- near the Snail's Crossing park. The victim told police she was walking down the street — headed for a food store on December 12th when a man approached her — grabbing her arm, saying "Hey, hey." Police say the victim told them the man had a gun, and he pointed it at the left side of her head, saying, "Just be quiet. I have a gun. You need to come with me."

The criminal complaint says the two continued to walk, with the victim telling the man she didn’t have anything — believing he was attempting to rob her. The man said, "Yes, yes you do. You need to come over here and take your pants off," police said. Realizing the man was planning to rape her, the woman said: "No. Please don’t do this."

The complaint says at one point, the victim tried pulling away from the man, but she was unable to get away. She then started to yell for help, and the man said "Shut up. Don’t do it," according to police. That’s when the victim says the man started hitting her several times on the back of her head with the gun, and she fell to the ground. She was then struck in the face. The victim told police the suspect said: "Shut up. Do you want to get shot?"

The victim then heard another man in the area say, "What is going on?" and the suspect fled. The victim ran to a nearby home, and police were called. The victim was taken to the hospital. 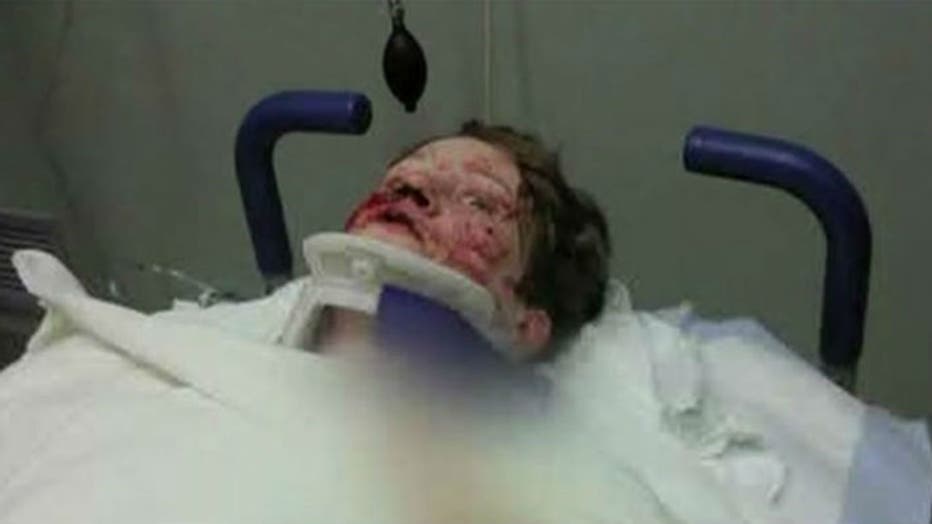 The victim posted to social media a defiant photo showing her in the hospital with injuries, with the caption: "Guess who didn't get raped last night?" She gave FOX6 News permission to use the photo. It appears Brown saw that photo on TV. That victim suffered extensive damage to her teeth, fractured cheek bones, cuts to her lip and four scalp lacerations that took 17 staples -- from being hit with the gun before she screamed and ran for help.

Near the scene of the crime, police recovered a slide piece stuck in metal fencing — part of a replica gun. That slide appeared to have blood on it — and it was sent to State Crime Laboratory for testing. DNA recovered from that slide was determined to be that of Derrick Brown.

Brown was found in a home near 48th and Clarke on January 16th. Police say he jumped from a window and ran from officers, but was arrested after being chased and bitten by a Milwaukee Police K9.

Brown's aunt, Patricia Davis says her nephew told her if he was caught for what he did he would be in big trouble. Davis says she tried to talk Brown into turning himself in.